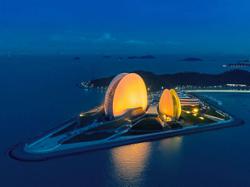 Having won the award and a cash prize of RM5,000 each, they will now advance to the regional level of the competition at the upcoming Asia Young Designer Awards Summit in Ho Chi Minh City, Vietnam, where they stand a chance to win a spot in the six-week, all-expenses paid Design Discovery programme at the Harvard Graduate School of Design in the United States.

This follows Nippon Paint’s establishment of the Gennosuke Obata Fellowship Fund at Harvard, a partnership that provides both parties with the opportunity to exchange cross-cultural ideas and values, according to a Jan 27 press release.

For the past 13 years, AYDA has aimed to inspire young designers so as to elevate their creativity and innovate their ideas, in the hopes of creating outstanding professionals in the architecture and interior design industries.

The “human-centred design” theme challenged the designers to explore their problem-solving skills by developing designs that are intuitive to their intended users’ needs and wants.

Through her “Micro-housing Within Heritage” project, Dayana sought to uplift the lives of her fellow Penangites in the face of rapid urbanisation and demographic changes within the local community.

It was a two-pronged approach that included revitalising the heritage and culture of Penang, in addition to providing affordable homes.

“Penang has lost its culture and heritage due to the overcrowding of tourists and the Rent Act, which was introduced in 2000. I strongly believe that these issues can be solved through micro-housing in pocket spaces within the heritage zone. It is a project that I think can be successful. To be able to turn this concept into reality will be a dream come true, ” said Dayana.

Lim’s project entitled “Wo.Men”, which means “us” in Mandarin, envisioned a safe haven or empowerment centre for women.

“My intention is to create a safe and affordable living space for victims of domestic abuse, single mothers and women where they will be able to learn, grow and heal, ” she said.

Nippon Paint Malaysia group managing director Yaw Seng Heng said AYDA is more than a competition as it is a platform that nurtures the future generation of designers, allowing them to reach their fullest potential.

“I believe that AYDA will continue to be a platform where young designers can learn and grow their talents to the next level.

“This was the first time in 13 years that AYDA had gone fully virtual, despite the hurdles we faced, ” he said. 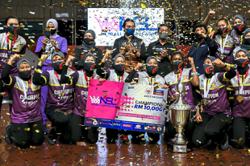 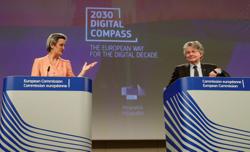