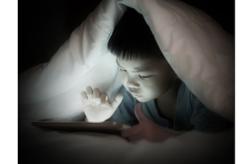 IT is a widely held perception that spending too much time on digital devices will lead to a host of mental, physical and emotional problems, especially in children. Dr Yee: The WHO guidelines on screen time exposure for children need to be reviewed to suit the current situation.

The guidelines state that children between the ages of two and five should be limited to only 60 minutes of screen time per day while those younger should not get any screen time at all, the addiction psychiatry expert told StarEdu.

“But WHO does not provide any specific limits for older children – those six years old and above – because they are aware that these children use educational apps and some schools use electronic devices for their lessons.

“Since we are now facing a global pandemic and formal education has basically moved into homes via digital devices, these guidelines need to be changed in light of the current situation.

“Especially since the pandemic may last a few more months, if not years, ” she added.

“Despite the many studies, it is still not possible to conclusively say that electronic media use is causing young people to be depressed.”

She said it is more likely that these youths who already faced mental health issues have been turning to these devices as a coping mechanism.

When children have depression or anxiety, it may interfere with their normal peer engagement and social activities, she said.

There is also a stereotype that associates excessive screen time with couch potatoes, she said.

Obesity and physical health problems, she added, can crop up if someone is sedentary the whole day but electronic media can also be used for other things, including exercise.

So, not all screen time negatively impacts a child.

“It’s not about the time that the adolescent or child spends on the device. What’s more important is what they are using it for, ” she added.

Take for example a child who is having a video call with his or her grandparents, using the Internet for homework and learning, or using Wii (a gaming console) to do physical exercises.

“You probably would not judge this child’s on-screen activities as bad, ” she said, adding that during the pandemic, many people had accessed mental health resources and support services that were being offered on online platforms.

Activities such as these, she said, make screen time a necessity.

She called on the WHO guidelines to be reviewed, taking into account the current situation where long screen time is part and parcel of today’s lifestyle.

This is necessary, she said, to reduce the stigma surrounding long screen hours.

While it is true that more youths are seeking treatment for mental health issues, particularly anxiety and depression, the cause is most commonly rooted in the stress of not being in school physically or socialising with their friends face to face, Dr Yee pointed out.

These children are usually brought in by parents who harbour anxiety or guilt because they feel their children are on their devices for too long, she said.

“But just because I am for relaxing screen time rules for children does not mean that there should not be any limitations.

“Based on the recommendations of the American Academy of Paediatrics, screen time should be avoided at least an hour before bedtime to ensure children get adequate sleep, ” she said. 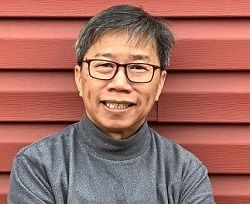 Toke: Children need digital devices for learning but they have to be supervised so that they do not get addicted to screen time.

Clinical psychologist, counsellor and psychotherapist Dr Fred Toke, however, cautioned that anything above two hours of recreational usage of screen time can affect a child’s mental health.

This is because children become screen dependent, he said, referring to a study published in The Lancet Child and Adolescent Health.

“Without sports and other physical activities, more children are turning to their mobile devices or computers to get on social media or binge-watch shows out of boredom, ” he said.

He said a balance needs to be struck.

“Yes, they need their devices, laptops and computers for learning but they also need to be supervised so that they do not get addicted to the Internet or experience SDD.

“Parents are key to this balance and cannot expect society, schools or the system to monitor their children, ” he added.

Toke said supervision needs to start from young, as prevention is better than cure.

“Otherwise, once they are addicted to the Internet and suffer from SDD, there will be resistance, especially when they reach adolescence – the most challenging stage.”

If a child is suffering from SDD, seeking professional help is not enough. Parents will need to be firm while trying to relate to the child and keeping communication lines open, he said.

Toke said balance could also be achieved by engaging a child in more activities and it does not always have to be outdoors.

He said exercise, even indoors, releases “happy” chemicals like dopamine and endorphins in the brain.

Parents, he added, have to set an example and not just command their child to exercise.

These, together with a strong communicative relationship, can help keep children safe from the effects of excessive digital device usage, he said.