Poetry books in the pipeline

ENGLISH poet Thomas Gray once wrote: Poetry is thoughts that breathe and words that burn.

Little would Gray – born in 1716 – have known that poetry has grown from just mere written words into a literary art form that appears not only in publications, but also on Instagram and Twitter posts.

He would be glad to know that poetry lives on in all corners of the world – including Malaysia – long after his demise.

In conjunction with World Poetry Day on Mar 21, Prof Malachi Edwin Vethamani and Dr Shivani Sivagurunathan from University of Nottingham Malaysia’s (UNM) School of English, announced that their compilation of poetry books, Insights: Malaysian Poems and Creating Devotional Poetry, would be launched later this year. Dr Shivani said her book, Creating Devotional Poetry, is a collection of devotional poems, where a reflective essay accompanies each poem, describing and clarifying the processes of meditation, contemplation and the evocation and expression of devotional states.

“The collection would be of interest to lovers of poetry, contemplatives and spiritual seekers who enjoy the literary demonstration of heightened inner states and the act of reflecting upon the nature of mind, and moving beyond it,” said the poet whose work has been published in numerous international journals and magazines including Agenda, Construction, Cha: An Asian Literary Magazine and Wolf Magazine.

Creating Devotional Poetry is Shivani’s second collection of poems. Her first collection, Chiaroscuro, was published in 2010.

Prof Malachi Edwin’s book Insights: Malaysian Poems which was first published in 2003, will be printed as a second edition.

Targeting young readers and students, the re-print will include poems published since 2003.

“It is a thematically organised anthology that will continue to address issues that are of interest to young adults,” said the established writer who also published A Bibliography of Malaysian Literature in 2015 and numerous other books such as Ronggeng-Ronggeng: Malaysian Short Stories. 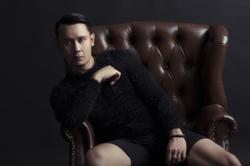 Poetry book by Malaysian writer gets longlisted for international prize