EACH time this writer turns to the education pages of any media, he is bound to come across negative write-ups on the Malaysian education system.

The criticisms seem to show that our school system is a national disgrace but the performance of those who sat for A-Level or pre-university examinations has done this nation proud.

Their performance shows the dynamism of our society a lot better than what the critics say.

So there must be something right in our school system that contributes significantly to the formation of human capital.

We are pessimistic and are ever so willing to criticise despite the dynamism and sustained growth performance in many sectors shown over the years.

Had our education been poor, we would not be where we are today.

Some may say that good performances by several sectors may be due to them being highly populated by officers who graduated from overseas’ universities.

If that is so, how did they gain entry into those universities?

The exams set by governing bodies abroad are as tough as it can get for entry into tertiary institutions, so how did our students manage to get the high grades needed in these exams?

Didn’t the formative years in the primary and the secondary schools here in Malaysia contribute to their good performance in those exams?

If yes, it shows that our education has helped the students to gain entry to respected colleges and universities.

Many may argue that the excellent performance of the students at the pre-university examinations may be down to the good pre-university colleges they attended.

But those entrusted to teach at these colleges are no wizards, they can not do wonders within one or two years.

The argument could then go to the quality of the foreign universities they attended, especially the Ivy League and the Russell Group.

Universities or colleges in these groups are of high quality, highly efficient, fiercely competitive and well endowed which allows them to have and retain the best academics.

However, had our students been of poor quality, they would not have gained entry into a single institution in these groups.

Mind you, a number of Malaysians gained entry through SPM or STPM.

Had our education system been bad, Malaysian students would not be able to set foot into those institutions, let alone graduate from them.

Yes, there is a decline in the standard of English among our students and graduates, and there is much to be desired in communication skills and socialisation.

Their general knowledge is embarrassing; these are also comments made by other countries on their present generation of graduates.

Malaysia is not alone in facing criticism in the standard of education.

Even the British and the Americans are complaining that their students’ command of grammar in the English language is shameful.

This should heighten concern on the quality of the teaching of language and humanities, stressing a two-way communication in classes, and improvement in soft skills.

Skills that are lacking can also be acquired as the graduates move along in the organisations they work in. The problem is organisations expect them to be perfect from the day they step into their organisations as employees.

But everyone must take responsibility to ensure that what is best is passed to the next generation. Every generation is a product of its environment. 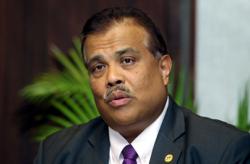 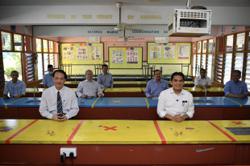 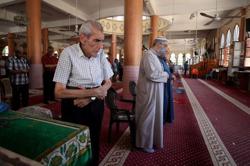