Culinary school to heat up Asia

Launched this month, the institute plans to franchise its Culinary Institute in other Malaysian states, but will see its foothold in Indonesia and China by 2023, said Taylor’s University vice-chancellor and president Prof Michael Driscoll.

“The involvement of internationally renowned chefs such as Chef Bourgon and Chef Bonnafous, is a testament to Taylor’s lifelong commitment in going above and beyond to bring world-class education to our students.

“But not only for our students, as we’ve also reached a turning point where we want to replicate this in other parts of the country and regionally, ” he said, adding that the institute sets itself apart from other culinary training centres by not just focusing on French cuisine – which most traditionally do.

“We’re also going to introduce word-famous cuisines like Japanese, Korean, Indian, and of course, our local delicacies which have a very rich heritage.”

To celebrate the institute’s evolving curriculum, achievements and start of a new chapter, an exclusive farm to fork experience was held for guests who were feted to a luxurious dinner of caviar, fish, beef, selection of cheeses, wine and a grand finale dessert.

To prepare for the event, the institute’s students and lecturers experienced the intricacies of caviar farming, learnt how to harvest caviar and crafted an exclusive dining experience together with their director Chef Frederic Raymond Paul Cerchi, cheese specialist and Best Craftsman of France 2011 (MOF) chef Francois Bourgon, and culinary master and University of Toulouse lecturer Chef Pascal Bonnafous, over the course of three days.

Taylor’s is ready for the next step to project the brand on an international level, said Cerchi.

“We’ve come a long way with regard to culinary programmes, and we’re very proud of how our students have made their mark globally, ” he said, adding that Taylor’s students and alumni are in demand around the world.

“Almost 250 of our Advanced Diploma in Patisserie and Gastronomic Cuisine students have interned at Michelin Star restaurants in Europe since 2010.

“They were all tutored by the Michelin Star chefs themselves.”

A Bachelor of Patisserie Arts (Hons) will be introduced in August focusing on patisserie, boulangerie, artistic skills, confectionary management as well as entrepreneurship, as a progression path for diploma and advanced diploma graduates.

The highly specialised degree will be a dual award programme with the University Toulouse - Jean Jaurès in France. 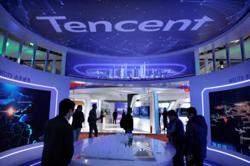