Can our graduates work in jobs that don’t exist yet?

Over the decades, “YouTubing” has never been considered a viable career option, but here we are. We have hugely successful YouTubers and leaders of the gig economy as our alumni, alongside CEOs of global companies and co-founders of startups.

Though Taylor’s University is among the top 2% universities in the world (QS World University Rankings 2020), we’re acutely aware that our graduates must be ready to take on and thrive in jobs that don’t yet exist and capitalise on ecosystems that we have never seen before.

Universities need to catch up. The fourth Industrial Revolution will require more interdisciplinary teaching, research and innovation in universities. On this note, Taylor’s has launched its Taylor’s Curriculum Framework (TCF), which emphasises a broad-based approach to education, built on the core pillars of academic excellence, life skills and emotional well-being.

Under TCF, bachelor degree students are now able to mix and match their subjects by choosing from among 12 double majors, 47 minors, 16 extensions and 176 free electives across various disciplines. So, imagine an Engineering student taking a minor in Business or Psychology; or a graduate doing a double major in Computer Science and Marketing. This concept enables students to personalise their degree studies according to their own strengths, interests and abilities to make them more competitive.

The Institute of the Future predicts by the time someone who graduates today retires, he or she would have occupied between 15-19 different jobs, across different sectors and perhaps in different countries. Jobs now and in the future will demand life skills, social and emotional intelligence, cultural adaptability, and real world experiences.

In this vein, we are the first university to introduce courses in life skills, emotional intelligence, social innovation and design thinking. All subjects in our degree programmes are carefully embedded with key Future Ready Skills such as problem solving, communication, lifelong learning, entrepreneurialism and global perspectives.

We are also among the first university in the world where students graduate with two degree parchments, an academic and a Graduate Capabilities Attainment (GCA) statement, which score them on each of their future job skills.

The fourth Industrial Revolution is characterised by the combination of multiple developing technologies leading to the emergence of new interdisciplinary fields.

As the fourth Industrial Revolution is characterised by the combination of multiple developing technologies leading to the emergence of new interdisciplinary fields, we’re looking to launch hybrid degrees, such as the BSc. (Hons) Robotics Design and Development which covers three disciplines – mechanical engineering, electrical engineering and computer science. Additionally, various schools in business, engineering, bioscience and design will collaborate in order for students to undertake interdisciplinary projects in so that they become competent in resolving complex issues and challenges holistically.

So where are universities headed? I believe education should be broad-based, flexible and personalised. Technology will continue to reshape the way we design and deliver programmes. Learning will become an open loop and multidimensional – one will learn by one’s self, from peers, from lecturers and from the world. Students will move seamlessly between the classroom and the workplace.

Indeed, this era will be the most disruptive and the most exciting time ever for anyone involved in the education sector.

This article is contributed by Prof Dr Pradeep Nair. 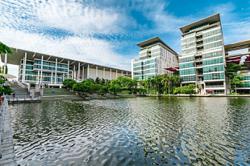 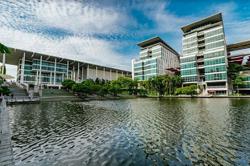 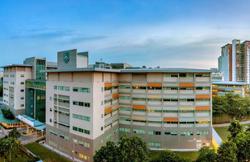