Habibah is the new Education director-general

DR Habibah Abdul Rahim (pic) has been appointed as the new Education director-general.

Habibah, 58, who started her term on Jan 10, is the second woman to hold the position after Tan Sri Dr Asiah Abu Samah. She takes over from Datuk Dr Amin Senin who retired on Dec 21.

“With her expertise, experience and achievements, the ministry believes Habibah will continue to improve the country’s educational performance in line with the aspirations in the Malaysia Education Blueprint 2013-2025, ” said the Education Ministry in a statement last Thursday.

She began her service as a teacher in 1986 in several schools in Selangor and Kedah before serving within the ministry.

She subsequently obtained her PhD in Education from Stanford University, the United States in 2001.

The ministry thanked Amin who was appointed education director-general in 2017, for his services. 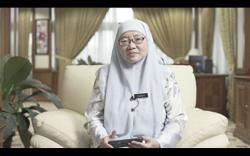