Prof Haslett (fifth left) and IUMW vice-chancellor Tay Kay Luan (middle) posing with the students who are studying for their Dual Awards.

STUDENTS who enrol in any of International University of Malaya-Wales (IUMW) Dual Awards programmes have the chance to spend a semester in Wales without having to fork out additional money on tuition fees.

And this is a chance 20-year-old Ng Pey Gyn was not going to pass up on.

The Bachelor of Professional Communication student plans on visiting the Welsh countryside when she goes to the University of Wales Trinity Saint David (UWTSD) campus next January.

“I find the Dual Awards beneficial for my future and it will be interesting to study in Wales for a semester.

“Even though it is a short time, the experience will be worth it,” says the Kuala Lumpur native.

She adds that it would be interesting to see how the Western culture differs from the Asian one she has grown up with.

Not to mention that the experience will bolster her resume and increase her chances at getting a job later on.

Ng believes that a degree from the United Kingdom (UK) has more clout in the eyes of employers.

However, it is not the prestige that she is referring to but the additional skills and knowledge she will gain in her six months in Wales.

Ng says she chose to be part of the programme because of the additional degree she will gain.

In other words, they also become registered students of UWTSD, he says, adding that IUMW first started developing the Dual Awards in 2014.

He explains that Dual Awards students also have the opportunity to go for a short, two to three weeks, visit or a full semester with the tuition fees waived at UWTSD.

“We had four or five students go to Wales in the first year but now there are more than 40 making their way to the campuses in the UK,” he says.

Feedback from the students who came to Wales have been “overwhelmingly positive,” he adds.

“We ensure they have a good academic experience in their lectures and classes but that they also have the opportunity to go for events that enable them to become familiar with the culture, landscape and the history of Wales.”

He adds that students have many fond memories of visiting famous Welsh castles and attending sports events such as football and rugby.

“From an employment prospect, students can proudly say that they have graduated with a UK degree, offering them a competitive advantage.

“However, whether students receive the job or not is up to the employer and how well students perform at the interview,” he points out.

For Mohamad Taufiq Morshidi, 28, it wasn’t the chance to spend a semester in UWTSD that drew him to the programme.

Instead, it was the chance to obtain a UK degree at a much more affordable cost.

Mohamad Taufiq, who is also pursuing the Bachelor of Professional Communication programme at IUMW, feels the Dual Awards with the Welsh institution will benefit him as the university is known for its mass communication projects.

“There are television programmes produced by the BBC such as Dr Who, that were produced with the help of the institution,” he adds.

With degrees from both renowned institutions, he believes he will be highly sought after by employers.

Students who enrol for the Dual Awards also currently have access to the University of Wales’ learning resources, the online library and the study skills centre, which are available through the online portal, says Prof Haslett.

“They have access to a wealth of material that supplements the resources here at IUMW to give them the added resources for their studies,” says Prof Haslett.

Not only that, he adds that guest lecturers from the University of Wales and UWTSD also regularly come to IUMW to deliver lectures.

“We are very, very grateful to colleagues here in IUMW who are working with us to ensure the degrees that we offer as Dual Awards are equivalent to the degrees that students would attain if they were studying in the UK,” he adds.

All 12 programmes in IUMW that offer Dual Awards have been approved by the Malaysian Qualifications Agency (MQA) and Wales, giving the courses additional assurance of quality, he adds.

“The Dual Award meets the quality set by the MQA and also the UK standards for the degree making it very strongly benchmarked,” says Prof Haslett.

Every academic that teaches a Dual Awards programme also has been approved by the Welsh university, he adds.

Link academics, who are subject specialists from Wales, also work with IUMW on the curriculum and assessment ideas.

This is to maintain the high quality of the programmes offered, he says.

Students who graduate with the Dual Award become part of IUMW’s alumni association as well as the University of Wales’ or UWTSD, he says, adding that all of them are very active on social media and more importantly, LinkedIn.

“We have a wealth of networking opportunities within the university that have their own networking groups where thousands of students and alumni sign up and take part in online discussions with other graduates from around the world. ” 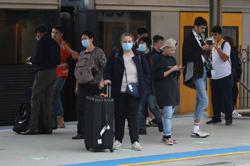