Let’s have our own textbooks

MALAYSIA must develop it’s own textbooks that are in line with the Common European Framework of Reference for Languages (CEFR).

Experts feel that the imported textbooks introduced in January lack local context, making it difficult for students to relate.

It’s challenging enough to teach English to Malaysian students, particularly in the rural and semi-urban areas, without having to explain cultural and contemporary foreign practices that are alien both to the teacher and the student, Malaysian English Language Teaching Association (Melta) president Prof Dr S. Ganakumaran points out.

Critical of the new textbooks, Dr Surinderpal Kaur, the deputy dean of postgraduate studies at the Universiti Malaya (UM) Faculty of Languages and Linguistics, calls for dynamic content that not only showcases Malaysian culture and identity, but a little bit of everything else that’s happening around the world.

“Some European countries that have adopted the CEFR have found that the English learning materials are all based on static, British culture.

“Snow and the Big Ben, for example, are globally known, but culture-specific things like Red Poppy Day, second hand shops, or car boot sales in Britain, are not relatable for our kids.

“Some of the Super Minds content talks about plants, geography, and animals. These are good. It’s when the content gets into British-ness that we have a problem. What about our national identity?”

Textbooks should relate to the local context because contextual learning, which connects the content being taught, to the pupils daily lives, the community around them, and the world, facilitates more effective learning, UM Faculty of Education senior lecturer Dr Zuwati Hasim offers.

Foreign content could widen the learning gap between urban and rural kids, she worries. Rural kids rely mostly on textbooks to learn English, so it’s crucial that they can relate to the content. If their counterparts in the city want to know about foreign culture, they can do so online as they’re exposed to various resources. They’re not dependent on textbooks.

General knowledge about foreign cultures is good, but we must learn about ourselves first before we can learn about others. A child in Year One, for example, should be familiar with the map of Malaysia and the neighbouring countries, before being introduced to the world map, she thinks.

“More than just to teach English, textbooks must contain character-building and moral values, and reflect the multi-cultural diversity of our nation. Not every family will expose their children to the religious practices, customs, traditions, festivals and beliefs, of the different ethnicities. These are mostly learnt in school,” she adds.

Teaching language, is about listening, reading, speaking, and writing, he offers.

“So, if students are exposed to more information on other cultures including those they aren’t familiar with, it’s okay. Perhaps it will even encourage them to read more.

“English is unlike history where you must have specific content. It’s fine for our kids to know about other countries and their cultures.”

Dr Zuwati finds the introduction of the new textbooks, very abrupt. Most parents don’t know what the CEFR is about. And, some teachers are still in the dark.

“My daughter who’s in Form One, has both the old and new textbooks. The new one hasn’t been used yet,” she shares.

And, it’s unfair, she feels, to harp on the limitations of local content because even the imported ones aren’t perfect. While acknowledging that imported textbooks look nicer, the mother-of-four notes that they’re pricier.

The NUTP’s priority, says it’s president Kamarozaman Abd Razak, is for students to speak English well, and have fun learning the language. Matters of cost are for the ministry to decide.

“As teachers, our worry is only when there are not enough learning materials to go around,” he shares.

Aligning our current standards-based English curriculum to the CEFR would give us full control of the learning content, values, and educational principles embedded in our curriculum, he offers. This, he adds, would allow us to produce our own teaching and resource materials.

Textbooks are just one of the many elements that goes into the CEFR. We also have to look at teacher proficiency, teacher-training, materials used, and assessment exams, she says.

“Perhaps the imported textbooks can be used as a pilot while we work to develop something similar, but more locally-based.”

Building on a benchmark

Quality of teaching is the main issue 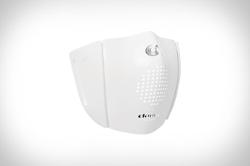