Azhari (in red) conducting a History class to a group of inmates.

Juveniles, whether convicted or on remand, must be given the chance to learn academically or to attain some skills.

I DID not think I would get to continue studying when they sent me to prison.

“Actually, I did not even want to study,” says 21-year old Viknesh* who is under remand for murder and currently placed in Kajang Prison.

He has been sitting behind bars since December 2015 and enrolled in Sekolah Integriti two months later.

The school, located within the prison, provides formal education to prepare juvenile inmates for the Sijil Pelajaran Malaysia (SPM) examinations.

After nine months of lessons from a team of dedicated teachers, Viknesh was sitting for the national examination and was the top scorer in the school with straight As in all seven subjects.

Armed with his SPM certificate but with not much chance of leaving prison anytime soon, Viknesh says he wants to pursue his diploma in business management, offered by Open University Malaysia for prison inmates.

This, he adds, will keep him occupied and also help him support himself if he becomes a free man.

Another inmate, Razwan*, says he regrets missing out on religious studies when he was younger.

He believes that if he had the right guidance, he would not be in this predicament now.

The 21-year-old says he used to face family problems and soon got involved with the wrong crowd, which led him to being behind bars because of murder.

“I feel lucky and happy that I am allowed to continue studying Islam even while in prison,” he says, adding that he started studying in the school two-and-a-half years ago.

“If my SPM results are decent, I want to learn how to be a mechanic,” he adds, his words barely audible.

Teachers sent by the Education Ministry teach the Malaysian school syllabus and are assisted by prison officers.

Narander says that prison inmates who receive a formal education are less likely to return to a life of crime.

There are now 12 teachers teaching about 60 students, 23 of which will be sitting for their SPM this year in Kajang Prison.

Only arts stream subjects and vocational skills such as tailoring, barbering and computer graphics are offered at the school.

Kajang Prison director Datuk Narander Singh says juveniles, whether convicted or on remand, must be given the chance to learn academically or to attain some skills.

“Otherwise, it will be a waste,” he tells StarEducate, adding that the chances of someone returning to prison once they have received an education is very low.

He cites a study conducted in the United States, which showed that if a person obtains a diploma, there is a 12% chance he is coming back to prison.

Narander says that with a qualification or vocational skill in hand, the inmates will be able to support themselves and not return to a life of crime.

Skills such as barbering are taught to inmates under the watchful eye of prison officers.

He adds that these boys are naturally very egoistic and aggressive, that’s why most have landed in prison.

“So, we try to channel whatever energy they have for proper use (including learning),” he says.

The inmates are also kept busy once classes end at 1.40pm with activities including cleaning their cells, sports and games.

Narander genuinely believes the inmates can do well in the national examinations as the school’s average grade has improved from 5.63 for SPM 2015 to 4.92 for SPM 2016.

“We were surprised as all the students received their SPM certificates last year,” he adds.

With fewer distractions, these inmates should be able to perform better in their studies, he says.

In fact, he has targeted to reach an average grade of 4.5 in this year’s SPM and has been conducting night and weekend prep classes for the students.

Eliza Ranee says that although some of the boys are from rival gangs, the smarter ones sometimes do help the weaker ones in their studies.

Teachers would come back after hours to conduct these classes where students can do their homework and ask questions on topics they’re unsure about.

One month before they sit for the exams, Narander says the families are invited to join the inmates for a prayer session and to allow the families to give their full support and motivate the students to do their best.

“The students were excited and enthusiastic about the exams. Not a single boy handed in a blank exam paper,” he says of last year’s SPM.

To ensure the students do their best in their studies, Narander says the prison officers are just as important as teachers in educating the inmates.

“They do the check and balance on discipline and ensure they go to class on time and complete their homework.”

He also says that he has placed officers who hold at least a diploma in the school to give the students more motivation.

Not all juvenile inmates will be enrolled in the school to sit for their SPM.

They need to undergo a diagnostic test to determine where they stand academically.

“If they can’t even write a simple sentence in Bahasa Melayu, we will place them in the 3M (reading, writing and counting) class so that they can learn their basics,” says Mathematics teacher Eliza Ranee Jeremiah.

They also consider other factors such as the passing potential of the student and their release date when deciding if the student can join the pre-SPM classes.

Those under remand will also go to class because the prison doesn’t believe in letting these students fall behind in their studies.

Tailoring is one of the vocational skills taught to prison inmates.

Although some of the inmates are from rival gang members or have some other beef with one another, the smarter boys sometimes do help the weaker ones with their studies, she shares.

She says these students face a problem getting back into the groove of studying when they first come in.

“The students here have had ‘a break’ in their studies, so the continuity is not there,” she says, adding that some of them dropped out of school after Year Four.

“It becomes tougher for these students to focus as their minds are full of other challenges they’re facing such as what is going to be asked in court or missing their families. They cannot purely think about their studies,” she says.

Eliza Ranee makes it a point to tell them the advantages they will gain by studying to keep them motivated, even if their future seems bleak.

“We have had one boy who asked what the point of studying is if he is not released.

“So, I talked to him and said he still has a chance to be freed and what his plans would be if that happened,” she shares.

“I told him that the day could come where he could be granted a royal pardon by the king and if he is holding an SPM certificate, he could get a job and support himself.”

Students in the prison are given see-through school bags as a security measure and to ensure they do not bring anything illegal to class.

Eliza Ranee says this helped changed the boy’s perception and he managed to obtain his SPM certificate without failing any subjects.

“Most of them do want to study,” says History teacher Azhari Abd Aziz.

“(When they were free) they didn’t attend school or were discipline cases,” he says, adding that most of them were neglected as children and played truant.

“But here, we drill them on the importance of learning, character building and becoming useful members of society. This makes them want to study,” he adds.

Eliza Ranee says that the whole point of Sekolah Integriti is to prepare for life after the inmates are released.

However, she says, integrating back into society is difficult if the community shuns them.

“I feel sad that when they (inmates) fill in a form and they have to mark ‘Yes’ that they have a criminal record, as automatically they are disqualified (for a job),” she adds.

She says there was a former inmate, now on parole, who did not want to go back to his family and community because of the social stigma associated with being a former prisoner.

Viknesh didn’t think he would get a chance to study when he was sent to prison but now plans to pursue a diploma while he remains behind bars. —Photos by ROHAIZAT MD DARUS

Instead, she adds, that man insisted on being placed “far away in a jungle.”

He now works in a Felda oil palm plantation even though he obtained 5As in his SPM.

Narander stresses that these inmates “must be given a second chance.”

“The thing is, once they leave prison, society does not allow them to rejoin (society).

“Society wants us to put them in prison and throw away the key and this should not be the way,” he says.

He adds that if society is willing to allow former prisoners to be employed, they will not return to crime because they will have a new and legal means of survival.

*names have been changed 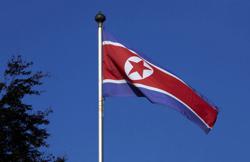 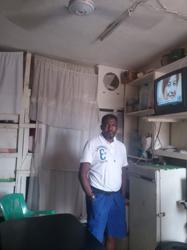