Constantly growing: Sunway University which was originally Sunway College when it was set up in 1987, was formed by Tan Sri Jeffrey Cheah with the belief and understanding that higher education is vital to the progress of the country.

With global links and a strong foundation, Sunway University provides a conducive environment for students to be the best in their fields.

SUNWAY University, originally Sunway College when it was set up in 1987, was formed by Tan Sri Jeffrey Cheah with the belief and understanding that higher education is vital to the progress of the country.

This belief and understanding still holds true to this day. Sunway University, together with 12 other institutions under the Sunway Education Group, is owned and governed by the Jeffrey Cheah Foundation (JCF), Malaysia’s largest education-focused social enterprise.

The JCF is imbued with the philanthropy of nurturing success and transforming lives through education. This year in September, the Foundation made history with a disbursement of scholarships worth RM45mil to more than 3,000 students, surpassing last year’s RM33mil, bringing the total amount of scholarships awarded to date, to more than RM210mil to over 23,000 students. Opportunities abound for recipients as Cheah believes education leads to better future and lives for the recipients and also for our nation.

“The higher education industry is growing globally, and so is Sunway University, seen through the increasing number of scholarships being given out. As a stalwart supporter of the nation’s education aims, the JCF aims to ensure sustainable quality education for present and future generations of students,” said Sunway University vice-chancellor Prof Graeme Wilkinson.

With such passion and dedication towards education, the university recently hosted the Global Access to Post-Secondary Education (GAPS) Conference, an initiative by the European Access Network (EAN) highlighting the global issue of unequal access to post-secondary education.

“In our efforts to uphold the delivery of quality education, the university is also importing talents, academic staff with the best knowledge in its partnership with Lancaster University, currently ranked ninth in the United Kingdom,” said Prof Wilkinson.

The JCF and Sunway University through scholarships and higher education is also contributing to the nation’s economy. With the falling ringgit, many will choose to study locally. At Sunway University, choices abound to cater to all individual needs and expectations catering to the growing demand. 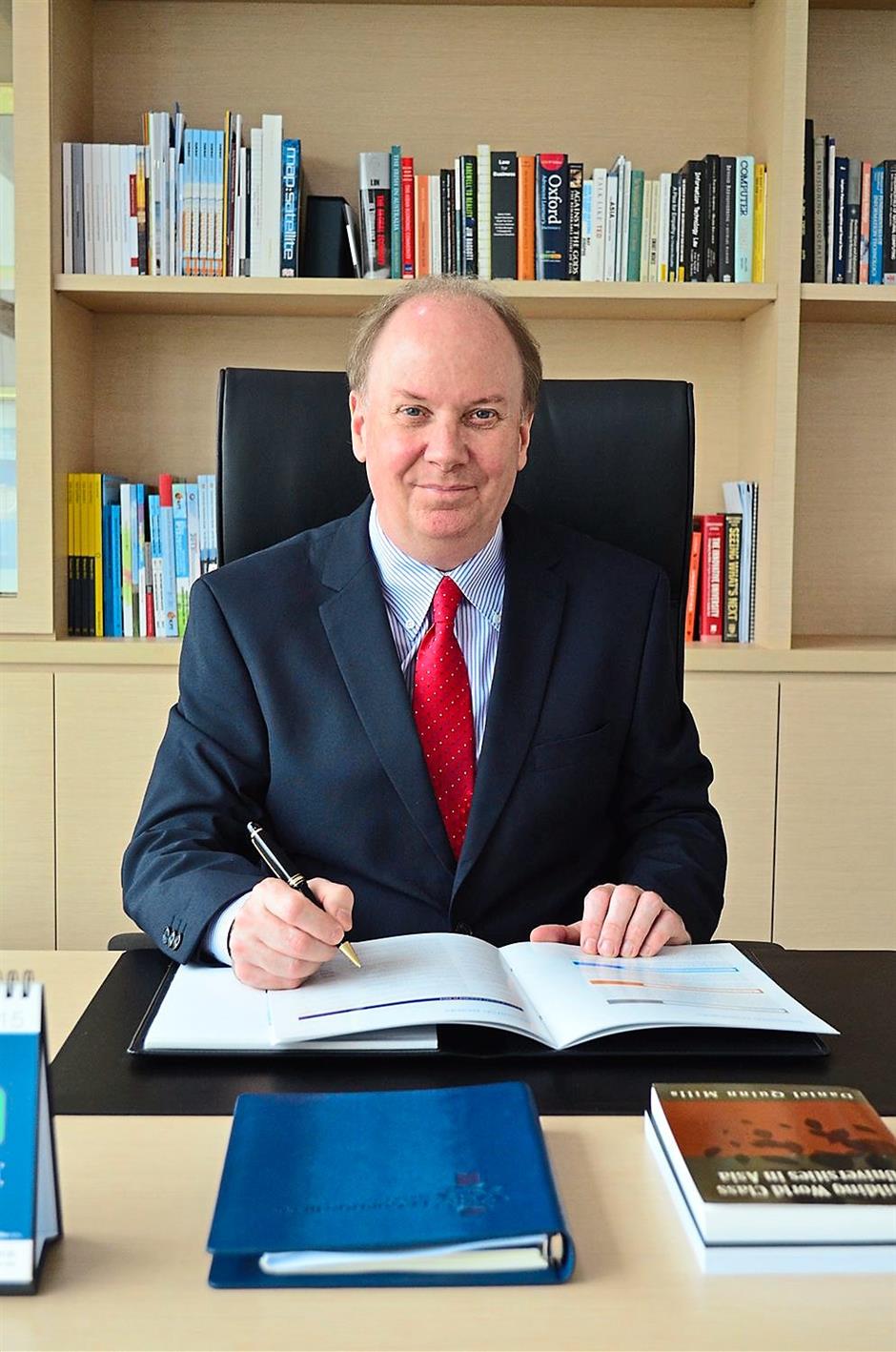 Moving forward: Prof Wilkinson says Sunway University is collaborating on all fronts, in all fields with world experts on campus.

“Moving forward to becoming the country’s international education hub, Sunway University is collaborating on all fronts, in all fields with world experts on campus. The university also partners with University of Oxford, University of Cambridge and Harvard University,” added Prof Wilkinson.

In the same year, a historic agreement was signed in Cambridge leading to the appointment of two Jeffrey Cheah Professorial Fellows in Gonville and Caius College, University of Cambridge.

After successfully playing host to the Asia Leadership Trek for two years, the university has recently partnered with Harvard University Asia Centre to bring in the Asia Leadership Institute (ALI) to Sunway. With ALI based here, there will be a greater transfer of knowledge with the in-flow of graduates from Harvard Kennedy School, Harvard Business School, Harvard Graduate School of Education, Massachusetts Institute of Technology (MIT) and Stanford University, bringing with them cutting-edge knowledge and best world practices.

“We can definitely hope for more top leadership programmes for young people especially in 2016, with ALI based here.

“We are importing talent and knowledge from around the world, and at the same time also exporting our knowledge,” said Prof Wilkinson.

In the pipeline for next year, Sunway University is working with the University of Cambridge to host a Precision Medicine conference from March 22 to 23, 2016, he said.

Sunway University is constantly updating its curriculum and developing new programmes to suit the changing market and industry demands in its move to ensure employability for students when they graduate. Among the new programmes being offered include Bachelor degrees in Financial Analysis, Financial Economics, Marketing and Information Technology (Computer Networking and Security). This year, the university’s Actuarial Studies Programme received full accreditation from the Finance Accreditation Agency (FAA). This is the first Bachelor’s degree programme to be accredited by FAA, and first in the discipline of Actuarial Studies, and the first in Malaysia.

In the International Student Barometer Survey Entry Wave 2014 undertaken by i-graduate, the Sunway Education Group including Sunway University achieved high student satisfaction for graduate employment. It was ranked number one in Asia for ‘Employability’, the highest out of 15 Asian institutions.

The university is ranked excellent (Tier Five) by the Malaysian Qualification Agency’s Rating System for Malaysian Higher Education (Setara) in 2009, 2011 and 2013.