Meet the guru of inventions

1 Smart control: Team SK Meru explaining the benefits of their invention that tracks students’ movements in and out of class to a judge earlier this year.2 Young inventors: SK Sementa in Klang earned the second place in the first national invention competition for schools called the Eureka Peringkat Kebangsaan 1996, thanks to the writer.3 Great mentor: Hay (left) with his team from SK Sementa in 2002. He supervised the team which came up with the Wakie-wakie pillow especially for the hearing impaired. The pillow, among other things, acts as an alarm clock or door bell by vibrating.4 One for the album: The Malaysian gold medal winners posing at the International Young Inventors Award 2015 in Jakarta, Indonesia. Hay’s student Firzana Syairah Hussin (back row, fifth from left) from SK Meru was the youngest.

Some two decades ago when unconventional teaching methods were unheard of, a dedicated teacher was already inspiring his charges to come up with their own inventions.

IN April, I was delighted to receive an invitation from SP Setia Foundation that it will be reviving its “Caring School” project through a new initiative called the Setia Caring School Programme.

In fact, the caring school project was introduced in 1995 throughout the nation, predicated on the principle idea of “We Care”, where schools in Malaysia were encouraged to promote the idea of caring from their own perspective.

I remember the project was greatly received by parents and the community at the time. There were weekly engagements with Tan Sri Dr Wan Mohd Zahid Mohd Noordin, then the director-general of the Education Ministry via comments and letters in the newspaper. The community benefited from the project.

I reflected and realised that in order to make a difference and inspire my students, I had to take on an unconventional way of educating them. Great mentor: Hay (left) with his team from SK Sementa in 2002. He supervised the team which came up with the Wakie-wakie pillow especially for the hearing impaired. The pillow, among other things, acts as an alarm clock or door bell by vibrating.

Inspired by the caring school initiative, my approach was rather simple – I chose to expose my pupils to invention competitions.

I must say, back in the 1990s, invention competitions were unheard of, many of which were not supported by schools. Nevertheless, I was determined and confident that by exposing students to such competitions, such challenges will give them the ability to think “out of the box”, which is what our education system was lacking. Yearly, I encouraged my pupils to participate in invention competitions. We tried not to miss any competitions because to me, more competitions meant more exposure for my pupils.

The school I taught at was well-known by then because the pupils participated in almost all invention competitions locally and internationally.

My pupils gained good exposure and we managed to be featured in newspapers, TV Pendidikan and even on the Astro Disney Channel.

One of the projects that I supervised was featured at an exhibition in Tokyo, Japan. And till today, it is rated as one of the 10 most outstanding inventions. 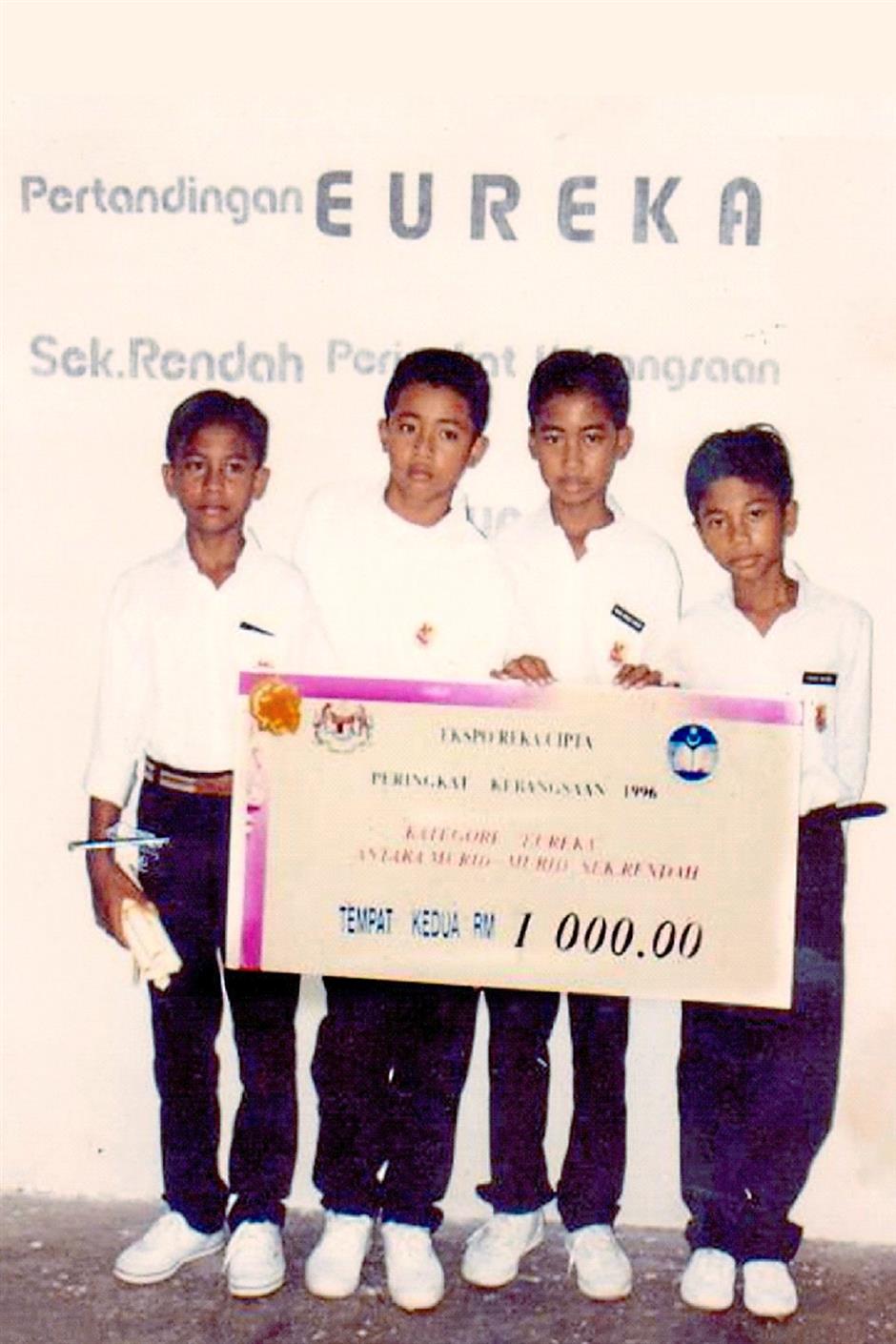 Young inventors: SK Sementa in Klang earned the second place in the first national invention competition for schools called the Eureka Peringkat Kebangsaan 1996, thanks to the writer.

We received much attention from the Education Ministry for our achievements. There were many visitors to our school SK Sementa in Klang, Selangor, and our pupils were further encouraged to be creative in inventing new products.

It struck me then that my decision to expose my pupils is a fine example of what caring is all about.

It was a turning point for me too. I wanted to offer more challenges to my pupils after realising that they were fast developing their soft skills and becoming better individuals.

Most of my former pupils who participated in the competitions are now successful individuals, many of whom are professionals. There was no funding or moral support from the school and parents then.

My colleagues discouraged me, saying that I was going against the norm by using my personal funds to get my pupils to participate in competitions. But it was rewarding to see how my pupils grew to be more matured and enlightened than their peers.

My idea of pushing my pupils to participate in these competitions was my way of showing them that I CARE for them.

I wish more teachers will think of ways to show pupils that they are just as compassionate as they are educators.

Developing future leaders is not about classroom teaching and textbooks. It involves nurturing their soft skills and cultivating positive values with dedication and love. With these combined elements, pupils will certainly shine in their own way. One for the album: The Malaysian gold medal winners posing at the International Young Inventors Award 2015 in Jakarta, Indonesia. Hay’s student Firzana Syairah Hussin (back row, fifth from left) from SK Meru was the youngest.

This has been my motto from the day I committed myself to the noble profession.

I would also like to thank SP Setia Foundation for choosing my school to be part of their Setia Caring School Programme project. The programme is something very near to my heart.

With the support of the wonderful team at SP Setia Foundation, I hope to carry on my passion of exploring my pupils’ potential in innovation to the fullest.

With a teacher’s commitment, pupils too will put in effort and make great strides. I will continue guiding my pupils and even motivate the other sister schools under the Setia Caring School Progra-mme.

For positive outcomes, I need to constantly push their pupils to the limit. I am glad for the opportunity to expand my passion in involving pupils, even those from the other schools, in invention competitions. It is my way of caring and I hope those around will value and appreciate the word CARE for all that it is.

The writer is a teacher at SK Meru, Selangor. He was part of the team behind the Wakie-wakie pillow, a top 10 invention guided by him.