Part of the organisation’s Penang Story Lectures series, the talk chronicled Dr Wu’s (1879-1960) life and times, and the challenges he faced along the way.

He was the first Penangite and Malaysian to be nominated for the Nobel Prize in Medicine in 1935 for outstanding contributions to medicine, and credited for modernising China’s medical services.

Internationally acclaimed as a ‘plague fighter’, he was heralded for the role he played in battling the pneumonic plague pandemic that ravaged parts of northern China in the 1910s.

His research and discoveries about the plague and its vectors of infection led to him requesting the setting up of quarantine stations and cremation of the deceased.

This turned the tide and suppressed the pandemic, according to guest speaker David Luesink, a visiting assistant professor in East Asian History at the University of Pittsburgh, in Pennsylvania, USA.

“Dr Wu spent time training in the top bacteriological labs, and was the foremost expert on plague in the world, up till the late 1930s,” Luesink pointed out during the recent talk.

Dr Wu, who graduated from Cambridge University and spent his undergraduate clinical years in St Mary’s Hospital, London, was unable to get a specialist position upon his return to then Malaya.

“So he went to Tianjin, China, when there was an opening to teach at a military medical school.

“When the plague broke out in Harbin, came the moment for him to do his most important work,” Luesink added.

Dr Wu returned to his homeland in 1937 after the Japanese occupation of China, and set up a medical clinic in Ipoh, where he gave free consultation services to the poor.

The presentation was jointly organised by the PHT and Dr Wu Lien-Teh Society. 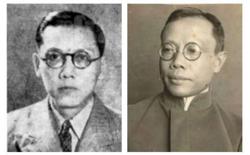