“We hope that this contribution will meet the needs of the poor dialysis patients,” he said. 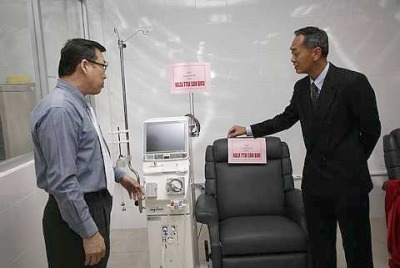 Eng said one of the company’s major charitable events was its Charity Golf Tournament that netted more than RM1mil this year.

The collection, which had been donated to more than 180 charitable bodies recently, brings the total collection so far from the event to RM3.2mil since its inception in 2003.

Ng said PDT depended on public support to fund its operations and thanked NAZA TTDI for its contribution.

“With the new equipment, we now have a total of 12 dialysis machines to help save 66 patients’ lives.

At PDT, with government subsidies, a patient will only be charged RM60 per dialysis session,” Ng added.