I FIND the suggestion by Minister in the Prime Minister’s Department Mujahid Yusof Rawa to rename Jalan Tun Sambanthan as Jalan Harmoni ridiculous to say the least.

Mujahid, who is in charge of Islamic affairs, said having a Jalan Harmoni was important as it would symbolise the unity of people in the area.

The Parit Buntar MP expressed hope that the stretch of road, which is about 1km long, could adopt such a name, similar to a street in Penang.

There are a multitude of ways that religious and racial relationships can be improved, but renaming a road is not one of them.

Previously, Jalan Tun Sambanthan was known as Jalan Brickfields before its name was changed in 1982, in honour of the late Tun V.T. Sambanthan, who was the fifth MIC president and who played a prominent role in our nation’s formative years.

Many may not know that Sambanthan was acting prime minister for one day when both the prime minister and his deputy were out of the country at the same time.

He was instrumental in playing a role in the development of then Malaya together with our first prime minister Tunku Abdul Rahman.

If the name of a person like Sambanthan who has contributed so much to the country’s growth cannot be seen as a means of fostering unity, then what will? 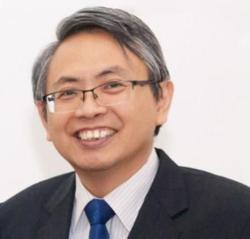 On the move again but hurdles ahead