NILAI’s skyline is set to be altered significantly once the multi-billion ringgit Vision City project by GD Holdings takes off and is completed in stages in a decade.

The ambitious development, which will house the country’s largest convention and exhibition centre, will be built on a 20ha prime land just off the North-South Expressway and minutes away from the KL International Airport.

The development will also include its Youth City project, which has four blocks of service apartments – with the highest being 36 storeys and with full club and common facilities on each rooftop.

The project is poised to turn Nilai into a vibrant city.

Covering a 108,000ha area straddling Seremban-Port Dickson-Nilai, the MVV is part of the Govern-ment’s vision for Greater Kuala Lumpur that will be undertaken in stages up to 2045.

“We decided to embark on this challenging project after taking into consideration the huge geographical advantages of Nilai, its growing affluent population and the positive trend of real estate market.

“The whole development project with an estimated gross development value of over RM10bil will keep our company busy for the next eight to 10 years,” he said at the opening of the Vision City sales gallery.

Huan said the four blocks of service apartments to be completed within four years will have 3,021 units ranging from 460sq ft to 1,008sq ft in size.

“The apartments will be affordable and cost about RM200,000 and upwards,” he said, adding that the company also hoped to attract those travelling daily to work from Seremban to Kuala Lumpur.

He said under the second phase of the project, a Vision Theme Park, comprising hotels, recreation parks, duty-free outlets and a VAT tax refund counter among others, will be built.

“The Vision Theme Park will support the Youth City by creating more employment and business opportunities for the youth.

“The move is also in line with making Nilai the first destination and last stop for international tourists,” he said.

Apart from housing the biggest convention and exhibition centre, the Global Trading and Exhibition Centre, to be built under phase three, the project will also have the nation’s biggest building material mall.

“We already have about 300 manufacturers of raw materials from China who have expressed their interest to establish their regional centres here.

“From here, they will also be able to export their products to other parts of the world,” he said, adding that the convention and exhibition centre.

Huan said the group also planned to attract reputable international financial houses including those offering Islamic banking services and halal products to set up operations at the Global Trading and Exhibition Centre.

“The final phase of the development will be the establishment of education centres to further promote Nilai as an education hub.

“In fact, we have already signed a memorandum of understanding with the Queensland State Education Department to offer their syllabus for students from Year One to 12 at an international school to be built here,” he said.

Huan said GD Holdings had also established a strong foothold in Nilai over the past five years with the completion of several projects.

“The journey has not been easy but GD Holdings has managed to overcome all obstacles to achieve its current financial status and the leading market position in Nilai,” he added.

At the event, GD Holdings also signed agreements with GS Realty Sdn Bhd and Synergiem Bhd to undertake the sale of its properties in Vision City. 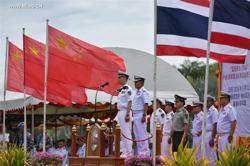 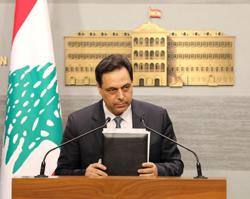 Special Report: Lebanon’s power struggle – why a failing state can’t get the lights on