The trio with brio

At Rafflesia The Pearl Centre, it’s the women who wear the pants. Two generations have successfully built up the business, and now a whipper snapper is being groomed to take over, reports JOY LEE.

WINNIE Sin, the director of Rafflesia The Pearl Centre, has been the face and force behind the business for more than 10 years. But these days, she’s thinking about succession at the company.

Sin, who looks into designing, branding and growing the brand, has certainly made her mark at the pearl jeweller. But the company is always bigger than you.

And Sin is ready for someone else to take over and make their own mark on the business — just as her mother-in-law, Go Yu Yang, did many years ago. That someone is her daughter, Sin Hui Cin.

The 24-year-old has just joined the company and is taking her time to learn the ropes.

“I will leave the future growth of the company to my daughter. She needs time to plan. But I feel it’s right (to let her explore where she wants to take the company),” explains Sin.

“I’m still learning about the operations, sales and marketing of the company,” says Hui Cin. “I like branding and A&P (advertising and promotional) activities, and I’m learning from what we are doing.”

The foundation of the jewellery business was laid by Go, now 74. But it wasn’t always about pearls.

Go, who hails from Taiping, Perak, has always had a love for jade. At a young age, she learnt the tricks of the trade from her sifu and was able to tell a genuine jade from a fake.

She started a wholesale business in her early 20s, supplying precious green stones and gold to jewellers. Back then, one could get a good jade for RM20 onwards. But money also had a bigger value back then, Go points out.

Sometime in the mid-1980s, Go and her family relocated to Kuala Lumpur and opened a retail store selling an assortment of jewellery in a mart in Taman OUG, Old Klang Road. It was there, as fate would have it, that Go met a teenaged Sin, who was working in a clothing store across from them.

The two of them bonded over their love for jewellery and precious stones and became fast friends. Soon Sin started to help out at the jewellery shop and was treated pretty much like a part of the family. And she eventually did, in fact, become part of the family for real when she married Go’s eldest son, Sin Cheah Loong.

In 1990, Sin and her husband expanded the jewellery business further by starting Jewellery Circle, a store selling fine jewellery in Lot 10 mall.

They later decided to do something different from the rest of the jewellery market — by focusing on pearls.

“There was no centre specialising solely in pearls at the time. We wanted to do things differently. People didn’t believe that we could run a business on pearls alone, so it was quite a challenge for us,” relates Hui Cin.

In 2004, they opened Rafflesia The Pearl Centre at Parkroyal Hotel.

Why call it Rafflesia? It was just a name that tickled their fancy.

The company started procuring pearls and set up a design team to design ornate pearl jewellery. Sin has been investing heavily to build the brand ever since. Rafflesia has been sponsoring various lifestyle events and celebrity weddings to grow the brand’s awareness and reach among the local elite.

Most recently, Rafflesia became one of the main sponsors of Anugerah Pilihan Online or APO 2016, the first ever Malay Awards show organised by the Star Media Group’s Bahasa Malaysia portal mStar and Suria FM. A total of 18 awards in three categories — entertainment, business and social media — are up for grabs.

Rafflesia’s business has grown a lot over the years. The pearl business is growing at an average of 10% a year, and about 30% of its sales are generated from customers overseas.

Rafflesia has a sister brand, Mandalay, which operates a jade and ruby boutique — also located inside Parkroyal Hotel. Sin says another boutique is in the pipeline, but its clientele will be on a by-invitation-only basis.

Sin notes that the business is supported by many repeat customers, some of whom have been with them from the time of her mother-in-law.

“But one person can’t do everything. It’s a family business. We should let different people in the family do what they are good at (to contribute to the business),” asserts Sin.

At family reunions, conversations naturally zero in on the jewellery business and they share the latest in designs, trends and experiences with customers.

“We grew up with this,” says Hui Cin.

But, of course, working formally in the business now is different from coming and going as she pleased.

Sin notes the importance of hard work in growing the company and has high hopes that the jewellery business will evolve and continue to be passed down the generations.

“My mother-in-law started a wholesale business, and we went into retailing. Maybe the next generation will change it. Let her explore her options. I hope they will be able to do more,” says Sin.

Sin, who never thought she would one day marry a jeweller, has come a long way from her early hard life. She started working after Standard Six to help support her family.

Today, the women of Rafflesia are appropriately decked out in the finest jewels. Go is obviously very proud of her daughter-in-law. Every so often, she chips in endearingly: “She’s very clever. She already knows how to do everything. Hopefully, Hui Cin can learn from her.”

Hui Cin does have her own plans to expand the business, but time is on her side.

Should you include tie-dyes into your everyday wardrobe again? 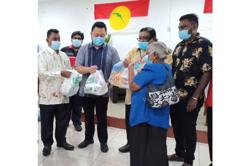 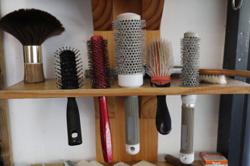