PETALING JAYA: Sustaining high rates of economic growth to reach high-income status has been a concern for Malaysia in recent years, as the nation aims to move away from being stuck in the “middle income trap”.

In a Moody's Analytics research report last year, economist Denise Cheok noted that Malaysia struggled to move up the value chain and challenges remain for the country to continue its current growth trajectory.

These include income inequality between Malaysian states and being heavily dependent on volatile commodity prices and changes in global demand.

The Moody's Analytics report pointed out that despite its rapid growth in the 1980s from a low to a middle-income country, Malaysia now faces the challenge of maintaining its competitive edge against both ends of the value chain: low-wage countries on one side and advanced and more innovative countries on the other.

Over the past two decades, the average GDP growth was around 4.6%, noted Dass.

"Productivity growth is stagnant – annual per capita income stalled to around US$10,000 for nearly a decade. It shows the country is caught in the middle-income trap," he said.

Dass did point out that in the past, Malaysia’s structural transformation from low to middle income had made it one of the most prominent manufacturing exporters in the world.

"Transformation of the economy from traditional to modern goods trade has helped the country rise from a low-income to a middle-income. Prior to the Asian Financial Crisis, Malaysia’s average GDP grew around 8.4% annually," he said.

The Moody's Analytics research report said while manufacturing continues to drive economic growth, Malaysia is moving towards diversifying its economy through services such as tourism and Islamic banking.

However, Cheok pointed out that prevailing demographic and human capital trends indicate that urbanised areas would disproportionately benefit from this change in industry composition, widening the income gap between states.

Cheok said income inequality has been a growing issue between Malaysian states, particularly the richer manufacturing hubs and states that rely on agriculture and other natural resources like palm oil and mining.

"The country's aging population appears to exacerbate this, as younger workers migrate towards urbanised areas while the older population moves back to rural areas to retire," she noted.Relatively lower level of productivity, limited technology creation, dependency on foreign labour

"This could be attributed to the diminishing gain from low-cost labour and foreign technology imitation."

He thinks that to escape the middle-income trap, Malaysia needs to enhance human capital productivity and adopt new technology to achieve breakthroughs in economic output.READ ALSO > Lessons from the East

Manokaran said that the country is seeing premature de-industrialisation, without fully expanding the potential of its manufacturing sector (23% of 2020 GDP), and yet, having begun re-allocating resources to the services sector (58% of 2020 GDP) without a properly planned transition.

"Although the contribution of the services sector is higher compared to the manufacturing sector, Malaysia is still not fully prepared to move towards a service-based nation due to lack of technology creation and high-skilled labour. This is causing the productivity gain in both sectors to not materialise, hampering the total factor productivity growth in Malaysia.”

Dass said Malaysia seemed to have exhausted its channels of growth from lower-level industrialisation.

"With a low-tech manufacturing industry and lack of skilled labour, the production in Malaysia is less competitive compared to countries such as Singapore. This results in less profit which means lower wages paid to the workers.”

Dass said this raised the risk that Malaysia could go on a “back foot” against regional peers like Vietnam, particularly in the race to attract FDI.

Another issue is the limited technology diffusion from multinational companies (MNCs) to domestic firms as MNCs mostly prefer their own suppliers, utilising in-house production and inputs, while sourcing only simple content to local firms and repatriate profits, according to Manokaran.

Manokaran said MNCs often contribute to a limited productivity gain due to less incentives to train or only providing sub-optimal levels of training for local employees.

"The lack of a strong intellectual property environment and research and development (R&D) is also due to less high-skilled workers."

However, Manokaran noted that participation in R&D remains low in Malaysia, as indicated by its rank at 60th place.

"A considerable reliance on MNCs to create technology remains a major concern and this is reflected in the number of patent applications in Malaysia, which remains lower compared to other countries."

Manokaran said with the pace of innovation speeding up, it is important for the government to create the right conditions for the right technologies to flourish.

Dass also noted that expenditure on R&D is very low.

For example, Malaysia had spent only 0.6% of GDP in R&D compared to South Korea which is 3.5%. Companies in Korea like Samsung and LG dominate markets. Taiwan is also not far behind. China’s policymakers are also aware that they need to adapt with the changes in the market, in tandem with rising domestic labour costs," said Dass.

Manokaran noted that the country's reliance on migrant workers remains a major concern, as both documented and undocumented workers numbered about four million.

The reluctance of local workers to take 3D (dangerous, dirty and difficult) jobs is a major factor, especially in the construction sector.

Dass said labour productivity had been growing slowly in recent years, compared to the 1990s.

"Over dependence on foreign migrant workers has depressed wages and limited the improvements in productivity. Foreign workers are also not just confined to the 3D jobs, but also job that locals are unwilling to do," said Dass.Animation by Nor Shalina Abdul Samad and Shaiful Rizwan. 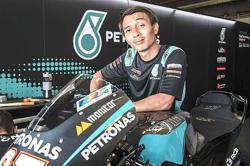