EXCITEMENT was in the air even before everyone arrived at the second gathering of old boys from the D Company of the Royal Military College Malaysia (RMC).

Although there were fewer members than at the inaugural gathering, those who arrived early for the reunion at Kelab Shah Alam in Selangor wasted no time in reconnecting.

Khalid, who suffered a stroke some 17 years ago, was in a wheelchair and faced going up a dozen steps.

Having never lost their esprit de corps, a few Old Putera (RMC alumni) in their 60s and 70s, aided by a security guard, carried their “brother” up two flights of stairs.

They repeated the feat when the group gathered at the stairs for a group photo, this time with an Old Putera at each corner of the wheelchair with one of them standing behind as support.

About 50 of the multiracial fraternity from the 1959 to 1987 batches, who came from all over the country with a few from Singapore and Australia, gathered to attend the lunch at the club.

It was not just about reconnecting with old friends, but also for the launch of a book which commemorates their experiences at the military school. Kamil (left) and other members carrying Khalid (centre), who is in a wheelchair, up the stairs.

Titled Memorable Moments of D Company Greats, the book is a compilation of essays penned by D Company members which sheds light on their time at RMC and life experiences.

The almost 400-page book was compiled by Kamil Abdul Bakar, who is better known as “Captain” because he was one of the first Malaysia Airlines pilots.

“This is our book. It is something for us to remember and it’s for future generations to know what we went through,” he said during the launch.

“The book also includes the writers’ biodata to inform of their lives after RMC.”

Khalid thanked the contributors and hoped it would inspire other companies in the college to do the same.

D Company members also contributed RM8,080 to Khalid and another member, Zakaria Samsudin, who lost his sight and was diagnosed with brain cancer.

Royal Malaysian Air Force veteran Major (Rtd) Azmi Abdul Rahman who helped organise the gathering said the funds would complement the ongoing aid given by the Old Putera Association (OPA) while arrangements were being made for the OPA to provide further assistance to Khalid.

He also called for more effort to recruit more Old Putera of D Company since there have been an estimated 700 members since 1952.

“Taking into consideration 30% who are no longer with us or are uncontactable, we should still have 70% of 700 members, which is 490 members who are still around.” 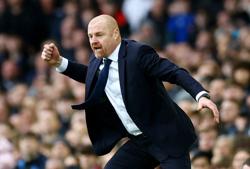