Volunteers installing a pipeline for the hydro generator in Kampung Pa Kemadang by connecting pipes to the water source.

Lightup Borneo national coordinator Ong Boon Keong said this had brought light to the remote settlements that were previously plunged in darkness.

“Thanks to the RM50,000 grant from Star Foundation, we managed to light up all 12 buildings that house approximately 100 households in the two villages, which had no such amenities for decades.”

This model provides a cost-effective way of delivering electricity compared to grid-based solutions which are very costly and take time for implementation.

In Kampung Rafayang, a 3kW hydro generator was installed for the benefit of six houses enabling the villagers to light up more bulbs at night and operate more electrical appliances.

Meanwhile, a better flowing water source at neighbouring Kampung Pa Kemadang enabled the team to instal a higher-powered hydro generator of 7.5kW for the same number of houses. 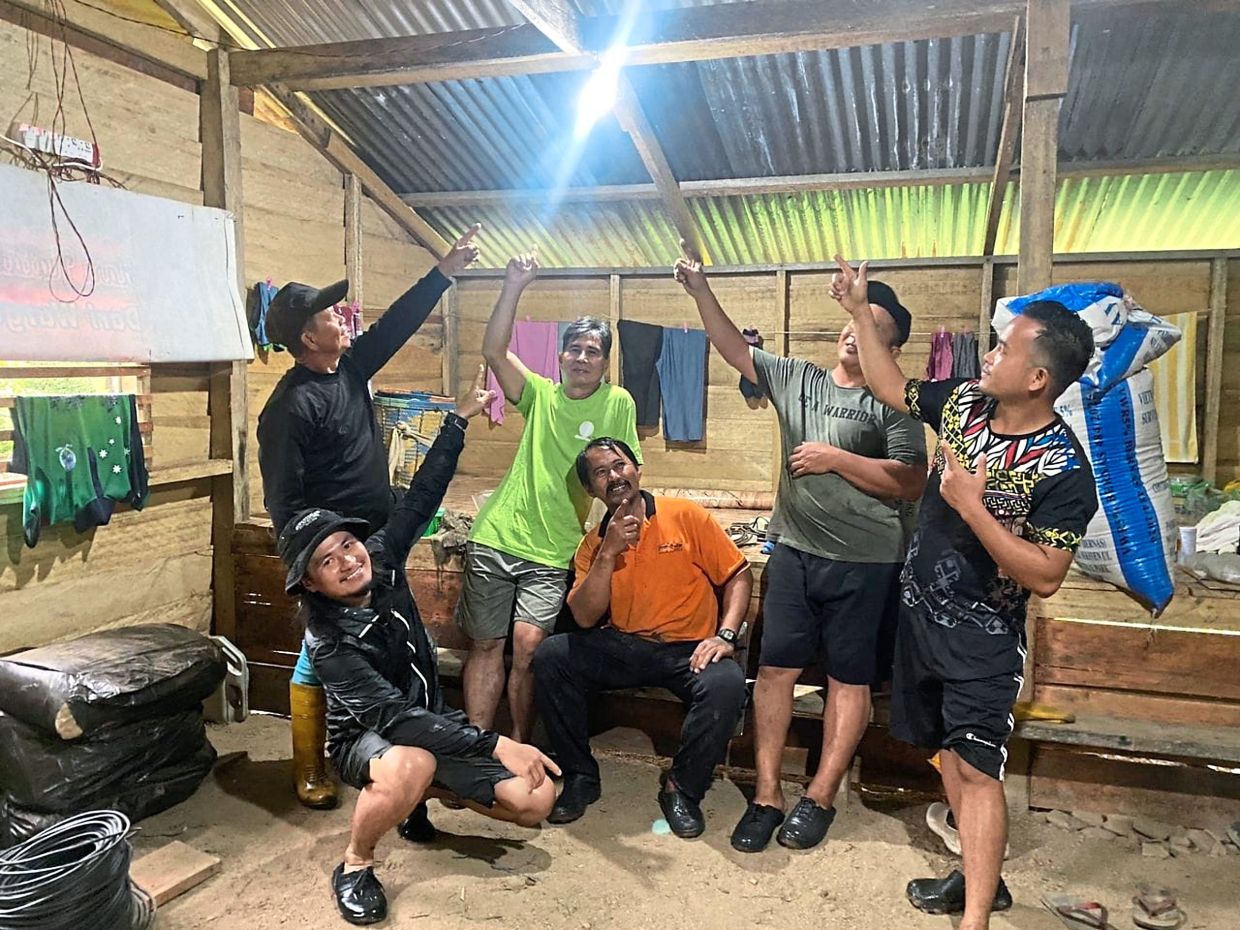 Powered by the generators, the villagers’ refrigerators can keep perishable food fresh for longer periods.

“Previously, the villagers had to go shopping every week at the nearest town in Sipitang, which is about five hours by four-wheel drive.

“For villagers from Kampung Rafayang, it takes approximately six hours by four-wheel drive followed by a two-hour boat ride.

“With the refrigerators, they only need to go out once in a while hence cutting their transportation expenses by up to 50%,” said Ong.

According to him, Lightup Borneo also empowers the villagers with the necessary knowledge and skills to maintain the system.

“Each household representative is taught about maintenance of the hydro generators as well as wiring so that they can attend to any issues independently without having to spend money on repairs.

“The knowledge can also be passed on to the next generation, hence making this project sustainable,” he added.

By maintaining the generators well, the community will be able to use them for up to 70 years.

While the work was physically demanding and there was a 15-hour journey to reach Kampung Rafayang, Ong said nothing compared to the satisfaction of providing electricity to two villages in one trip.

“Some of the villagers in Kampung Rafayang danced when the hydro generator started up.

“This motivates us to do more,” he said.

“We can now enjoy watching TV longer in the evening. We can also prepare our traditional Lun Dayah food (wrapped glutinous rice) in the evenings now that there is light. Volunteers and villagers react as lights are turned on in Kampung Rafayang. — Photos courtesy of Lightup Borneo

“Thank you for providing electricity to our village, we are very happy,” he said.

Lightup Borneo has installed over 40 units of hydro generators that benefit 40 off-grid villages mainly in the interiors of Sabah and Sarawak, and Orang Asli villages in peninsular Malaysia.

“We thank Star Foundation for giving us the opportunity to expand our projects to needy communities and providing them with electricity,” said Ong.

He said Lightup Borneo was looking into launching a Hydro Park, where visitors could see different types of hydro generators in Kampung Kelawat.

“It is to educate people about renewable energy and help improve rural tourism,” he elaborated.

He said visitors would have opportunities to fabricate their own miniature hydro generators.

SSIG is an initiative by Star Foundation aimed at supporting impact-driven and sustainable projects by NGOs and social enterprises to better the lives of local communities and the environment.

Established in 2004, Star Foundation is the charitable arm of Star Media Group, which aims to deliver meaningful initiatives with lasting outcomes to diverse groups of beneficiaries.

For more information on Star Foundation’s work with the community, visit starfoundation.com.my