IPD Serdang players with their shields for being runners-up in the football tournament organised by MBSJ.

A FOOTBALL tournament between Selangor government agencies was organised by Subang Jaya City Council (MBSJ) in conjunction with the month-long National Day celebrations.

It was 3am when the finals commenced between IPD Serdang and Selangor JPJ.

During the first half, IPD Serdang put the pressure on their opponents and managed to score the first goal of the match.

The second half saw IPD Serdang going on the offensive, spending five minutes on Selangor JPJ’s side of the field.

But when one of their strikers finally got past Selangor JPJ’s defence for a shot at goal, he was flagged for being offside.

A penalty shoot-out took place as a tie-breaker.

The players looked visibly tired from the long day of matches but persevered until the last shot was taken at 4am and Selangor JPJ was declared the winner.

“At the same time, we want to encourage the spirit of sportsmanship among them,” he added.

The winners received a trophy and a medal as well as a cash prize of RM1,000. 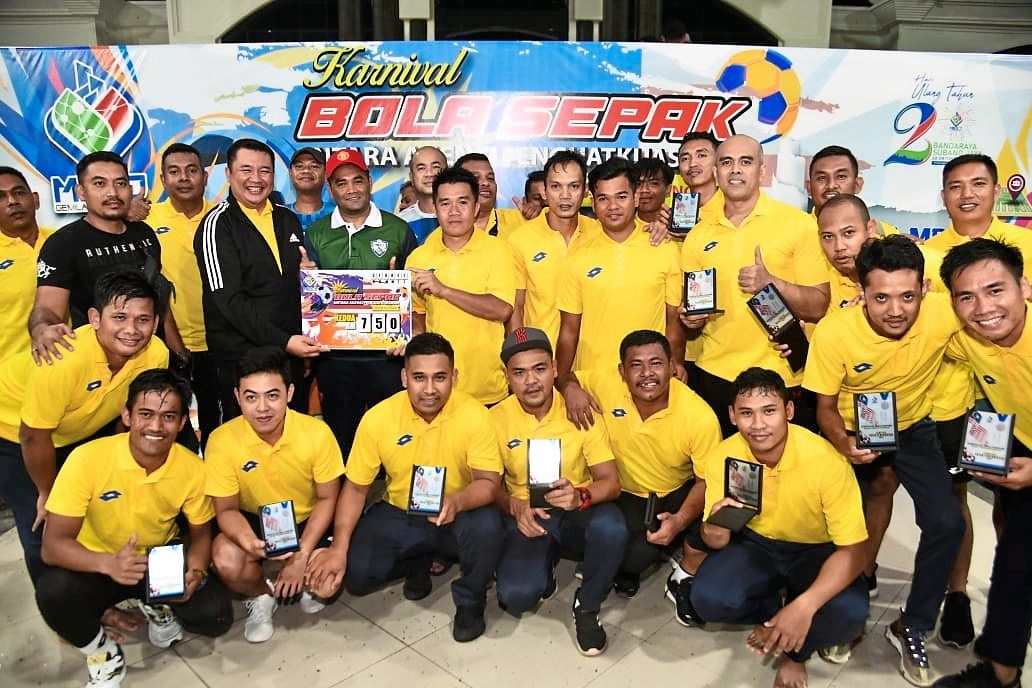 IPD Serdang players with their shields for being runners-up in the football tournament organised by MBSJ.

Selangor JPJ with their trophy and shields for winning the football tournament at Arena MBSJ, Subang Jaya.