Many hidden gems await in Dengkil A DISUSED tin dredge in Dengkil, Selangor, is set to be a tourist attraction after being bought by Sepang Municipal Council (MPSepang).

The local council has plans to restore the dredge with a view of opening it to the public in the next three years.

It is believed to be one of the biggest tin dredge in the country.

According to a source from the tin mining industry, the Sri Banting Dredge was built by Timah Langat Holdings Bhd in 1974. It was later sold to OIC Engineering Sdn Bhd which subsequently sold it to MPSepang.

The electric-powered dredge weighs 5,000 tonnes, has a maximum digging depth of 30.5m and bucket capacity of 680 litres, which was upgraded from its original 623 litres.

As such, he said the state government was looking into applying for Unesco World Heritage Site recognition.

“The tin dredge is in working condition and MPSepang is doing some repairs on it at the moment.

“A planning permission application submitted by a developer concerning a site close to the tin dredge has been put on hold.

“We do not want to give any approval for development nearby as this may jeopardise our application for Unesco status,” he said, stressing that historical sites should not be disturbed.

“If our plan succeeds, the tin dredge will not only be a pride of Dengkil and Selangor but also Malaysia,” Borhan said at the launch of the “Let’s Go Dengkil” campaign at Medan Selera Dengkil.

In Malaysia, only one tin dredge has been restored and opened as a tourist attraction. That is the Tanjung Tualang Tin Dredge TT5 (TT5) in Perak.

According to the TT5 Perak website, the 4,500-tonne dredger operated from 1938 until 1982. In 1997, Malaysian Mining Corporation donated TT5 to the Perak government.

In 2015, the state mandated Menteri Besar Incorporated Perak to conserve the tin dredge as a heritage site.

Visitors to TT5 Perak, which opened to the public in 2017, can go on a guided dredge tour, experience panning and enjoy a magnificent view of the landscape.

On promoting Dengkil as a tourist destination, Borhan said the district had good potential due to its proximity to Kuala Lumpur International Airport (KLIA).

“There are high chances that tourists coming into and exiting the country through KLIA will pass Dengkil. We should tap into this opportunity by promoting the attractions that the district has to offer.

“Firstly, the locals themselves must visit the places in Dengkil, learn about their uniqueness and spread the word around.

“Perhaps a leisure cycling event can be held to take the locals around to see the district from a tourist’s point of view,” he added.

While waiting for the tin dredge to open to tourists, visitors are invited to go around the district to see other interesting places.

MPSepang councillor Kenneth Lee, who is also in charge of the Sri Dengkil Zone, said the latest attraction was Bandar Baru Salak Tinggi (BBST) Walk, a 10-minute drive from Dengkil.

He is also keen to promote a 6.5ha pineapple farm in Jalan Besar Sungai Merab Luar that many do not know about.

“Saudagar Agro Farm has 176,000 pineapple plants over the hills in a remote area.

“Visitors can get some hands-on farming experience in the picturesque setting, as the owner recently added a section at the farm just for them,” he said.

Dengkil is also home to several Orang Asli villages, with the largest being Kelinsing that has about 200 residents.

“Tourists, especially foreigners, may be keen to experience the Orang Asli culture including food, dance and crafts.

“Those into craft work can check out Malaysian Heritage Wood Craft, a workshop in Jalan Selangor Dredging, Dengkil, that is famous for its custom-made wood products,” he said.

There are also many places of worship in the district with interesting architecture.

Lee said the Jiling temple that was completed in 2019 had clear ponds with carp while Dengkil Thien Oh Kiong was believed to be over 100 years old.

“There is also the Sri Mayura Nathar Alayam, a Hindu temple in Kampung Ampar Tenang. It was completed in 2002 and is famous for having peacocks grazing freely on the temple grounds.

“Also known as the Cyberjaya Mosque, it was completed in 2015 with sustainability in mind.

“The design incorporated recyclable materials and energy-efficient equipment that earned it a Green Building Index platinum rating,” he said. 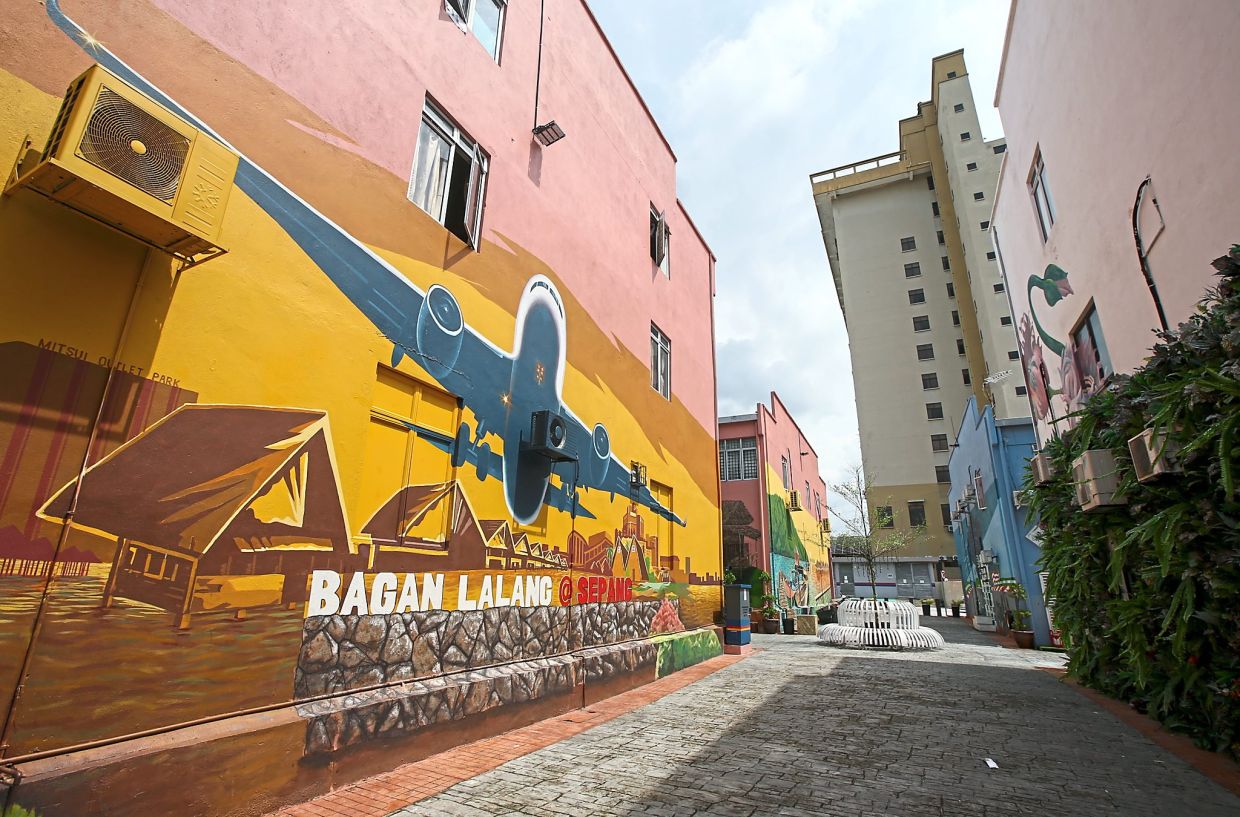 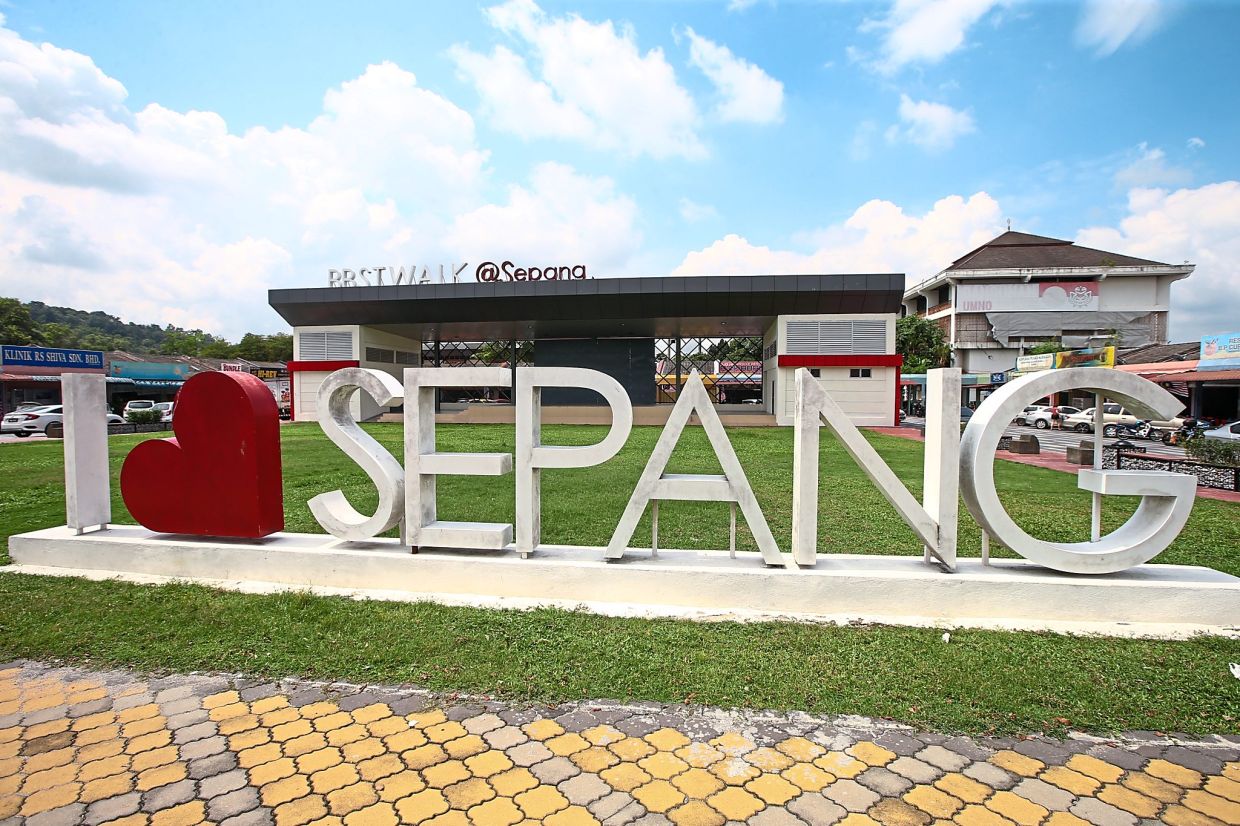 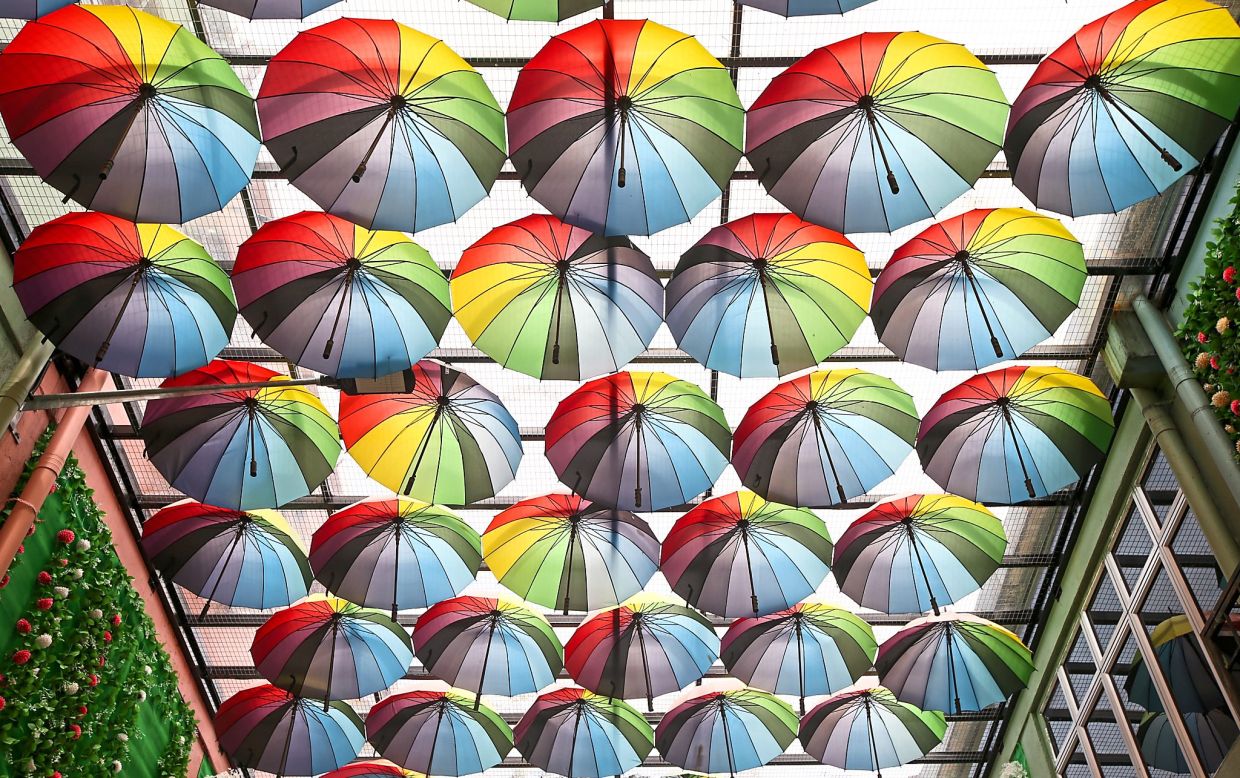 Visitors dining in a cafe at the farm can enjoy a view of the scenery.

Above: Dengkil Thien Oh Kiong is believed to be over 100 years old.

Sepang has many scenic spots for photo opportunities.