He said this was based on interviews with some 300 active mat rempit over the past three years for his book.

“I carried out a study in Iskandar Malaysia, specifically in Seri Alam, Johor Baru, Kulai, Skudai and Iskandar Puteri, to understand why they were involved in illegal racing.

“Through my interviews, I found that these youths chose to do so because of peer influence,” he revealed.

He said those interviewed were between 12 and 27 years old and a majority of them started racing illegally when they were still in school.

“We need to conduct more awareness and safety campaigns. Parents also need to advise their children on the effects of such harmful activities,” he stressed.

DSP Mohd Roslan was speaking during the launch of his book titled Rempit in Johor Baru.

The book will be available in bookstores nationwide and also online.

“I also plan to make the book available in schools so it can benefit schoolchildren.

“This book is part of my service to the public.

“It may not be read by an actual mat rempit but I hope that after reading it, those who know youths involved in illegal racing will advise them against it.

“It may not be possible for us to completely eradicate such activities but I believe we can reduce it,” said DSP Mohd Roslan, who has been in the force for over 32 years.

Iskandar Puteri assemblyman Pandak Ahmad, who was present, said: “We hope that this book can assist in the efforts to reduce such dangerous activities.

“To curb illegal racing, it is important for all parties to work together and this includes politicians and state representatives.” 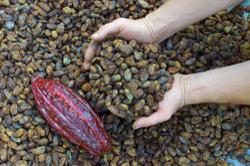