A WIDE variety of holiday deals to cater to a range of preferences and budget are available at the two-day Penang Malaysian Association of Tour and Travel Agents (MATTA) Fair 2022 at Setia SPICE Arena in Bayan Lepas this weekend from 10am to 9pm.

“These packages are to Perth in Australia and Ho Chi Minh in Vietnam besides Turkey, South Korea and Thailand.

Meanwhile, Angel Tours’ popular European packages to countries such as Spain and Greece start from RM7,999 via Penang.

“We are also promoting Cuti-Cuti Malaysia packages at low rates.

“The Buy One, Free One promo for Penang-Langkawi, Penang-Johor and Penang-Malacca (two nights for two people) start from RM499 with Firefly.”

The East Malaysia deals to Sabah with Firefly start from RM599 including a two-night package in Kota Kinabalu with a city tour.

Holidaymakers can also opt for a four-day three-night package to Kota Kinabalu, Manukan and Kundasang.

Those keen on a free and easy trip to Kuching, Sarawak, can take up a package from RM599 which includes hotel stay and city tour.

Firefly is throwing in a flight ticket and two-night hotel stay promotion at RM699 to Phuket, Thailand.

“Also come and get AirAsia tickets at a further discount of 20% from the website price,” she said.

Those signing up for any Angel Tours packages are eligible for a lucky draw and gifts. 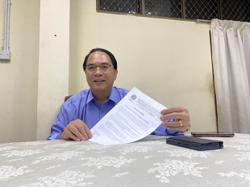