Anyone blacklisted by DBKL can appeal, says FT Minister He was commenting on the lifetime ban from registering any business in Kuala Lumpur imposed on the owners of Crackhouse Comedy Club by DBKL, for violating the terms of its licence.

He said rules were made to be followed.

“When there is a complaint, we have to act on it.

“We must be fair. We cannot let off those who are ignorant,” he told reporters after launching the KWP Sihat & Hebat programme at Menara Seri Wilayah in Putrajaya on Thursday (Aug 18).

However, he also said that Kuala Lumpur was a place of opportunities for people trying to earn a living.

Shahidan said he was not well informed on the finer details of the matter as it was under the purview of his deputy Datuk Seri Jalaluddin Alias, and so he would be having a discussion about it later.

The operation of the club in the Kuala Lumpur suburb of Taman Tun Dr Ismail had been suspended on July 10 after video clips of a performance with content allegedly insulting Islam went viral on social media.

It was reported on Wednesday (Aug 17) that the club’s business licence was revoked effective July 30, and that its owners were blacklisted for life.

They would not be able to have a business licence in Kuala Lumpur even if they used a different company name.

Members of the public had taken to social media to express their shock over what they considered a harsh penalty. 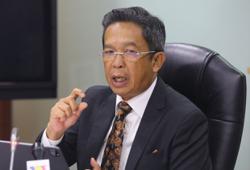