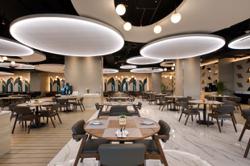 THIS Hungry Ghost (Phor Thor)Festival in Penang, if you see a devotee offering candy, iced gem biscuits or jelly, you can be sure that person is sparing a thought for child ghosts.

“If we put offerings on a table, we must toss some candy and biscuits under the table. Some of the child ghosts may be too short to reach for the offerings on the tabletop,” he said.

Lee said some Chinese believed that stillborn babies would invariably become hungry ghosts, and these would particularly prefer sweet offerings of candy and biscuits.

For adult ghosts, a row of beer cans may be provided for them, with the beer can tabs popped open to make it convenient for them.

Hungry Ghost Festival began on July 29 and will last 29 days, which is the number of days in the seventh month of the Chinese lunar calendar this year.

The festival peaks at midnight this Friday although temples and communities may hold their main celebrations a few days before or after the day.

At a few high-rise blocks in Macallum Street Ghaut in George Town, about 30 open-air parking lots were cordoned off by the apartments’ managing committee for residents to give offerings between July 28 and 29.

This is when the gates of hell are said to open for the first time this year to allow tortured souls into the human realm for a month’s respite.

Among the scores of residents arranging food and other offerings at the parking lots was 65-year-old hawker Tay Lee Chen.

Since she sells lam mee and claypot noodles, Tay offered these classic Penang hawker dishes as well as the other usual offerings.

“I pray for a prosperous year ahead,” she said.

Retiree Teoh Siang Huat, 66, brought his seven-year-old granddaughter Kok Xin Yu to the cordoned-off parking lots to join him in making offerings to the wandering spirits.

“I want to expose my granddaughter to our culture and traditions.

“For the past two years, we have been giving offerings on a small scale at home.

“Now that we can return to some form of normality, I look forward to helping out at the local getai (Mandarin for stage shows) for three nights,” he said.

Those stage shows are held at Chinese temples and associations, mainly for the entertainment of the spirits.

There will be Chinese opera performances to entertain ghosts who were once humans more than a century ago, while singers will belt out contemporary songs for the “younger” ghosts.

After a two-year hiatus due to the Covid-19 pandemic, getai troupe manager Lim Poh Chye, 54, is glad things can return to normal.

“I have received requests to perform at 15 locations all over Penang and my singers started performing on the first day of the seventh lunar month.

“We are handling over 40 performances throughout the month, including a five-day show in Perak Road,” he added.

Lim said that before the pandemic, his troupe would perform more than 70 shows at some 20 venues during the festival every year.

Ang said there were around 250 Phor Thor committees and over 100 temple organisations throughout Penang.

“These committees will raise funds to hold the getai performances, prayers and feasts.”

The merits accrued from the sharing of feasts are transferred to hungry ghosts, he said.

Folklore and superstition abound during Hungry Ghost Festival, and perhaps the most ghoulish is that the front row seats at every getai are always glaringly empty.

They are reserved for ghosts and woe betide anyone who dares to sit there and inevitably ends up sitting on a ghost’s lap.

To ward off the uninformed, some Phor Tor committees will place large joss sticks on those VIP seats.

Other tips on how to conduct oneself during the seventh month are spooky too: Never hang up laundry after sunset, to prevent ghosts from wanting to wear them. Never turn around if you hear someone call out your name at night. Do not make any comment if you suddenly smell something fragrant or nasty.

Ang thinks that some of the observances are parents’ ways of keeping their children safe in general, like not staying out late during the seventh lunar month.

“Certain things are a given. One must not take prayer food given as offerings,” he said.

“Another no-no is stepping into the ashes of burnt offerings during prayers.

“We use water to wash the ashes away and clean the place.”

Ang said another thing to avoid was singing and dancing along with the performer at a getai. It is to show respect.

On the other hand, the do’s of the festival are simple: give back to society and ancestors.

“Do more charity, help others and pray. It is our way of paying our debts to those who passed away,” he added.

According to Chinese belief, the spirits enjoy a month-long “vacation” in the human world when the gates of hell open.

It is customary to have stage shows to entertain the wandering spirits to ensure a peaceful and prosperous year.

The festival proper falls on the 15th day of the seventh month in the lunar calendar, which is on Aug 12 this year. 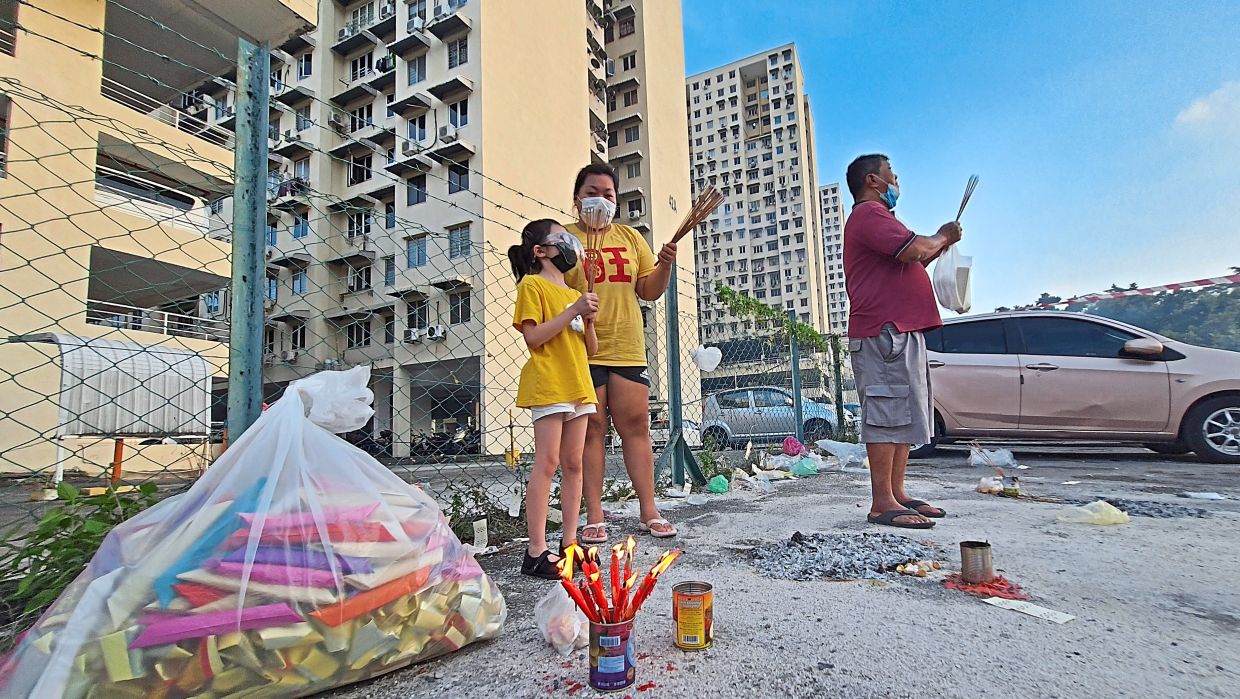 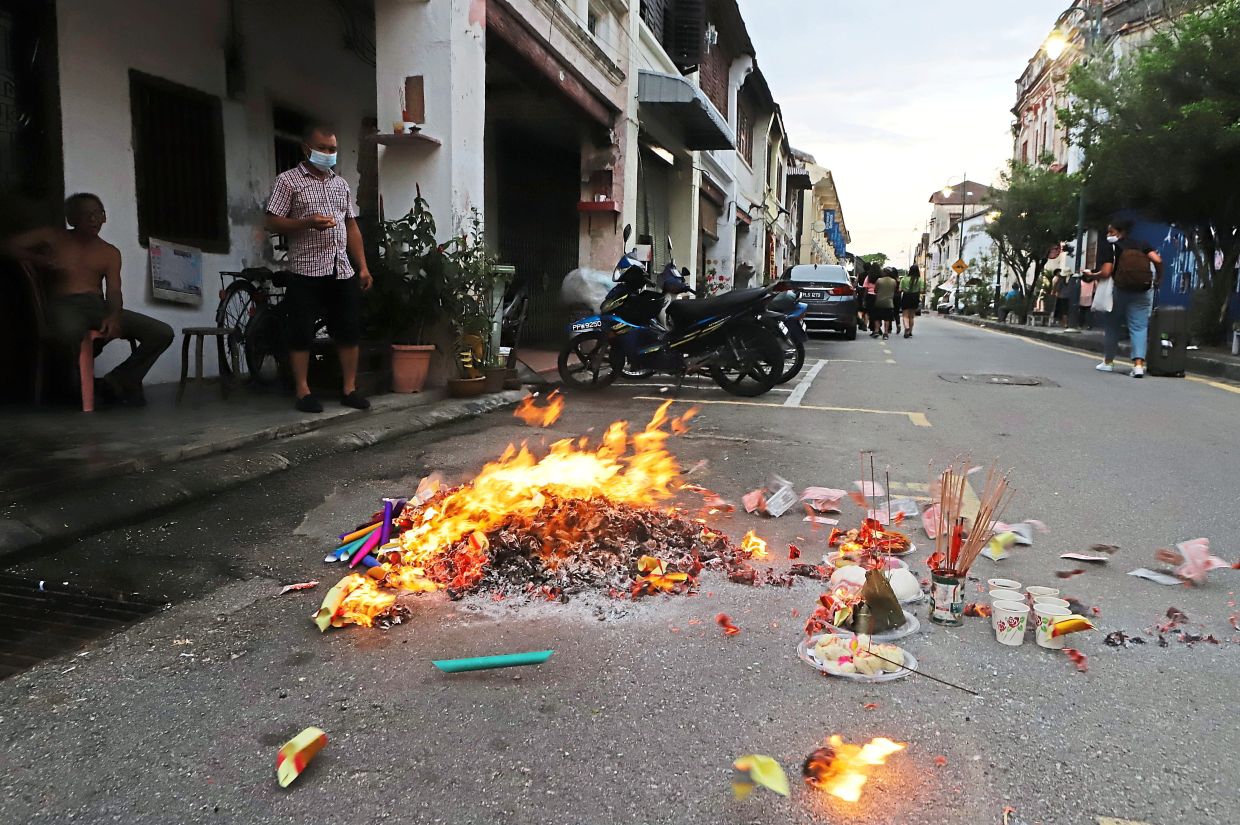 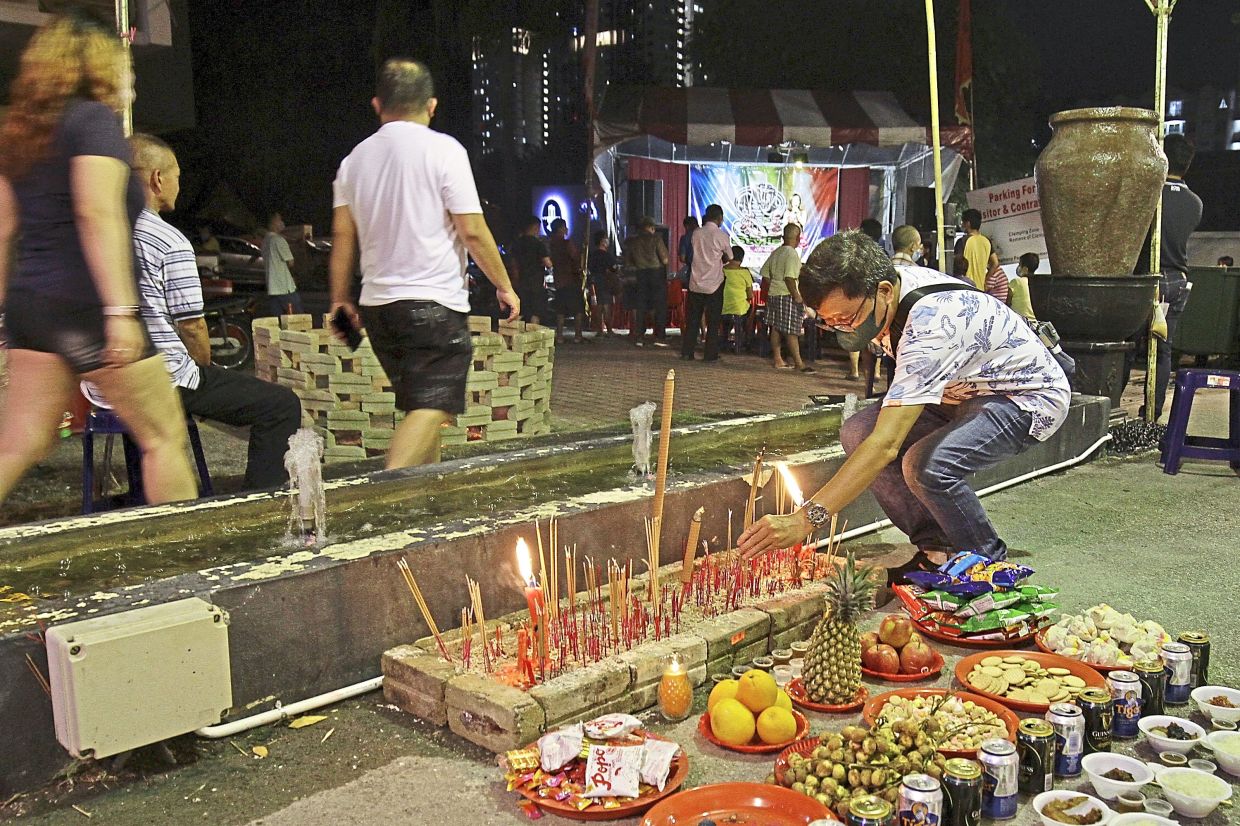 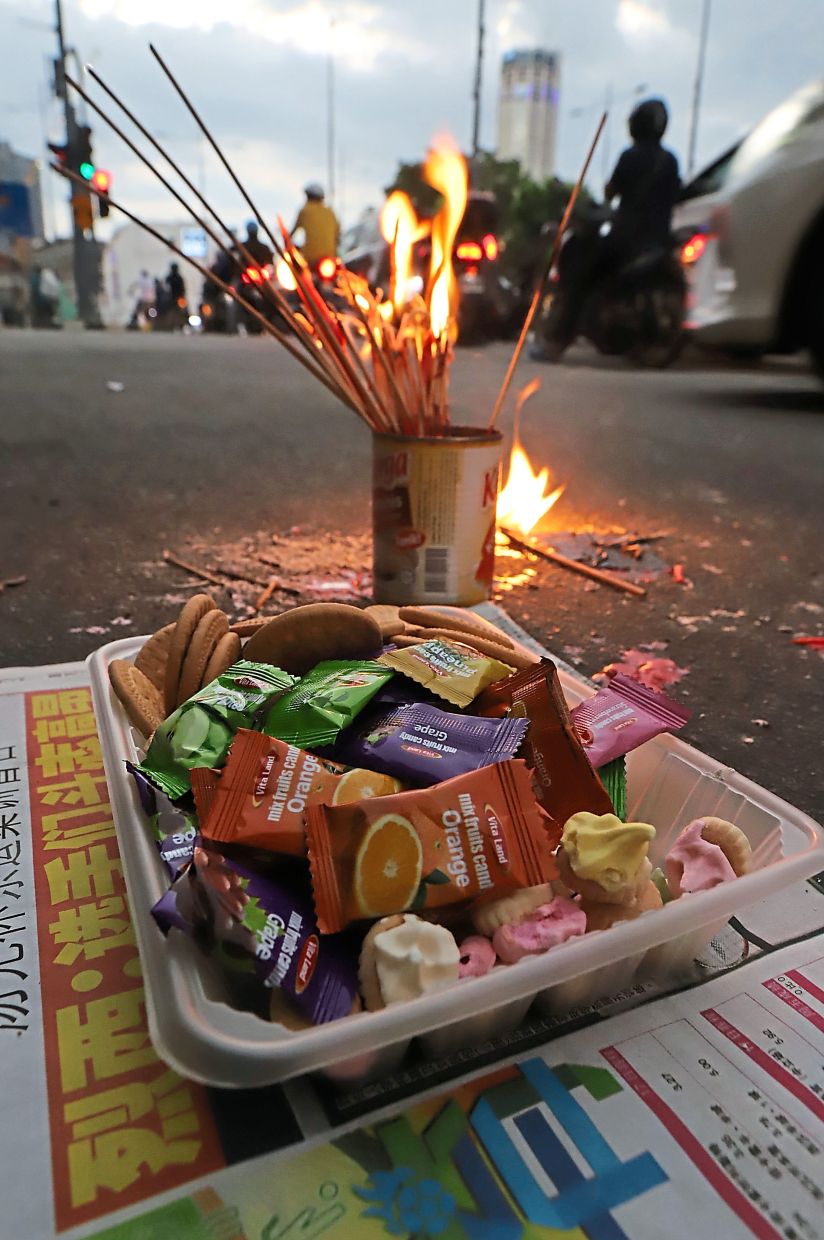 Teoh and his daughter guiding his seven-year-old granddaughter Xin Yu during prayers at an open space.

Devotees praying to Tai Su Yeah (king of Hades) at Symphony Park in Jelutong while others watch a ‘getai’ show in the background.

Offerings of biscuits and sweets by the road are meant for child ghosts. 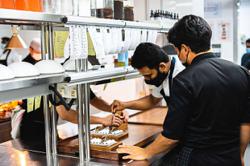 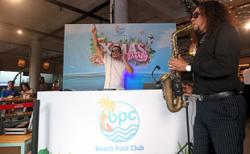