Ch’ng (centre) talking to the students about MCPF during the talk in Penang.

SOME 350 students attended a talk on the dangers of drug abuse and crime prevention measures at a shopping mall in George Town, Penang.

The students, who joined the talk in batches, were also participants of a wushu, lion and dragon dance championship, which resumed this year after a brief hiatus because of the Covid-19 pandemic.

The talk was a side event organised by Malaysian Crime Prevention Foundation (MCPF) to give early exposure to students so that they would stay away from unhealthy activities.

Event organising chairman Datuk Seri Johny Ch’ng Ewe Gee said besides him, two other speakers were invited to share their insights into the pressing topic.

They were Dr Darshan Singh from Universiti Sains Malaysia who specialises in drug research issues, and Datuk Ganason Periathamby, a specialist on anti-corruption matters.

“As one of the national vice-chairmen, I spoke on the role of MCPF in helping the authorities, especially the Royal Malaysian Police, to combat various unhealthy activities and on crime prevention efforts to safeguard the neighbourhood.

“The response was very encouraging, with the students posing various questions to the speakers,” said Ch’ng, who is also the Bukit Aman Police Volunteer Reserve chief coordinating officer.

He added that the MCPF would continue to organise community- related programmes and activities to benefit the people, especially students and youths, who are the next echelon of leaders.

Ch’ng was formerly the Pahang MCPF chairman and MCPF Safe City Initiative Committee chairman before he was named as one of the three national vice-chairmen during the MCPF national exco meeting in April this year.

Ch’ng took over the role vacated by former senior vice-chairman Tan Sri Lee Lam Thye, who decided not to continue after his many years of service and immense contributions to the organisation. 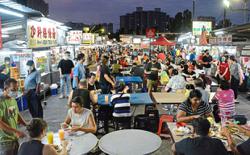