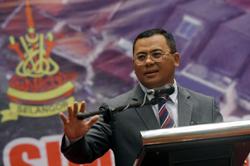 The sound barrier that was removed for the highway expansion works.

Residents of Pinggiran Golf Saujana Resort in Shah Alam, Selangor, have been living with noise pollution since the sound barrier at the nearby highway was removed in 2013.

They want it restored but claim their pleas to relevant authorities have fallen on deaf ears.

The residents said the sound barrier along the New Klang Valley Expressway (NKVE) from KM13 to KM13.5 was removed for the fourth-lane widening works.

The residents’ representative, who didn’t want to be identified, complained that the noise had doubled over the years.

“Some residents even had to vacate their bedrooms facing the highway because they could no longer sleep peacefully.

“We have been patiently waiting for the authorities’ help for nine years now,” said the resident.

The affected residents hired a specialist consultant to conduct a noise survey in 2015. The study revealed that the noise level was over the limit allowed in the Environment Department’s guidelines.

“The authorities are welcomed to conduct their own survey so that they can understand our dilemma,” added the residents’ representative.

Shah Alam’s area councillor Kumareval Subrayan said he had visited the site and was aware of the issue.

“I will raise this matter at Shah Alam City Council’s upcoming full board meeting,” he said.

At press time, PLUS could not be reached for comment. 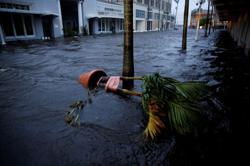