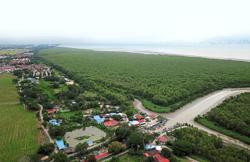 Abdul Halim (front row, seventh from left), Azrul Mahathir (on his left) PPSN members, fishermen and residents at the gathering.

The gathering was aimed at fostering stronger ties with the local community, especially fishermen off the southern coast of Penang island.

“One of them is building a temporary jetty with storage facilities for fishermen who are now using the riverbanks of Sungai Bayan Lepas to berth their boats and store their equipment.

“All this while, the fishermen have had to build their own facilities without proper equipment.

“Construction of the jetty is targeted to begin later this year.

“As the assemblyman of the area, I will always ensure the interests of fishermen are protected.

“We also hope the younger generation will see fishing as a viable career,” said Abdul Halim, who is also state domestic and international trade, consumer affairs and entrepreneurship development committee chairman.PPSN has a tradition of contributing food and other aid to its stakeholders near the Penang South Islands site during major festivals. 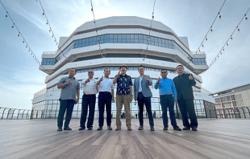