Rats! It’s all out war on pests at Klang council HQ

WORKERS at Klang Municipal Council (MPK) have been busy setting up traps in and around its headquarters to deal with rat infestation.

“The noise and vibration from the construction of a rail project and hill cutting in the surrounding areas may have disrupted their habitat and sent the rats scurrying into neighbouring buildings,” he said.

Azmi added that 83 rats were caught last year at the council’s headquarters and surrounding buildings while from January to April 25, 36 had been found.

“Rats have various ways to enter a building – through drain pipes, loading areas and even the front door if left ajar,” Azmi said.

Council employees reported that the rats are in the ceilings of various departments and come out when the lights are turned off.

Droppings can be seen at several floors and traps have been placed at a few departments.

Concerned about the health and safety of workers, Azmi has ordered employees who bring their lunch to work to dispose of their food scraps and its packaging in bins outside the building.

Dr Siti Mariah said leptospirosis was a bacterial infection that spread through urine from rodents.

“They should seek immediate medical attention,” she added.

Dr Siti Mariah said last year, Selangor saw 226 cases of leptospirosis with 10 deaths while from January to April 24 this year, there were 128 confirmed cases with one death reported.

She urged all local councils in Selangor to conduct routine inspections at supermarkets, hypermarkets and restaurants to check for rat infestation. 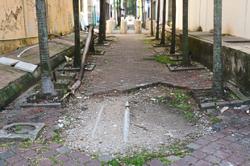 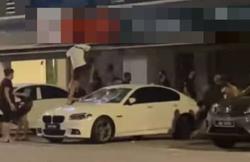