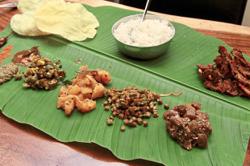 Allow the natural flavour of coconut to come through in this simple Coconut jelly dessert.

COCONUT jelly is a street dessert usually found in Thailand, Vietnam and the Philippines. It is made with agar-agar, coconut water and coconut kernel.

Sometimes, other colourful fruits are added into the same cup, or even served inside coconut shells.

It is a refreshing midday snack that is usually consumed chilled to combat the hot afternoons.

If you are able, it is preferable to get young coconuts that have only about a half-centimetre of kernel, but not too young or the coconut water will be sour instead of sweet.

If it is young enough, you can scrape the flesh off with a spoon. Try to avoid coconuts that are too mature because the flesh tends to be too hard and will result in a coarse mouth feel in the set jelly.

This recipe does not need a lot of sugar because the coconut water is quite sweet on its own. White sugar works best for a clear and translucent jelly with a clean tasting flavour but you may substitute with raw sugar or palm sugar for deeper colour jelly with richer flavour.

Instead of using agar-agar strips, this recipe calls for agar-agar powder which has a specific ratio of liquid to powder proportions for different stiffness of jelly. It is one teaspoon to two cups for soft jelly, and two teaspoons to two cups for stiff jelly.

The coconut jelly sold at stalls are usually soft and light but you can make the consistency stiffer with no more than one additional teaspoon of agar-agar powder. Any more than that will result in jellies that can be a bit too crunchy.

When I had it in Vietnam, it was served in a tall tumbler with a medley of different fruits such as papaya, banana, lychee, avocado and watermelon.

But in Thailand, it was served plain with the shredded coconut flesh. Both variations were delicious and give a wide interpretation of how you wish to serve your coconut jelly.

Bring cold water to a boil with the knotted pandan leaves.

Turn off the heat and remove pandan leaves. Filter the coconut water and stir into the pot.

Pour the mixture into tiny cups or jars. Add the coconut kernel and refrigerate for two to four hours until set.

Serve chilled on its own, or with other colourful fruits. 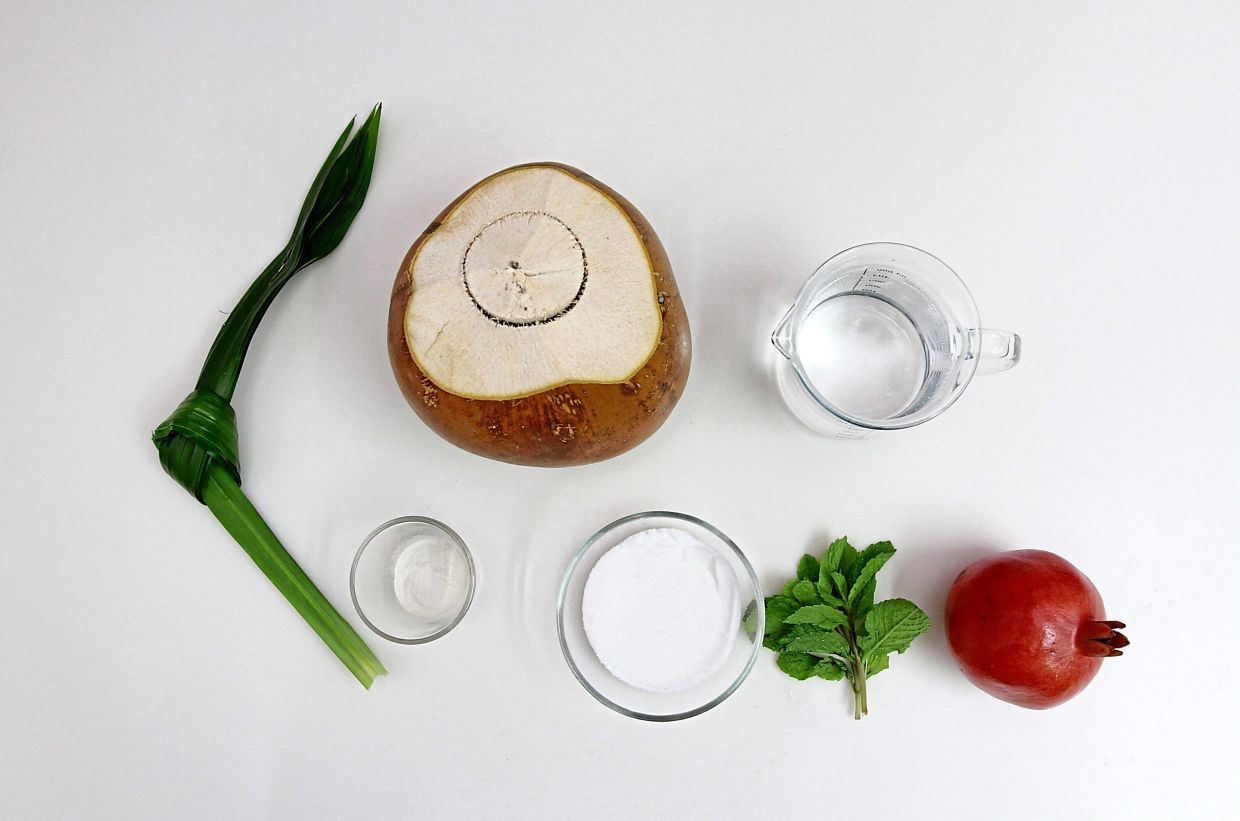 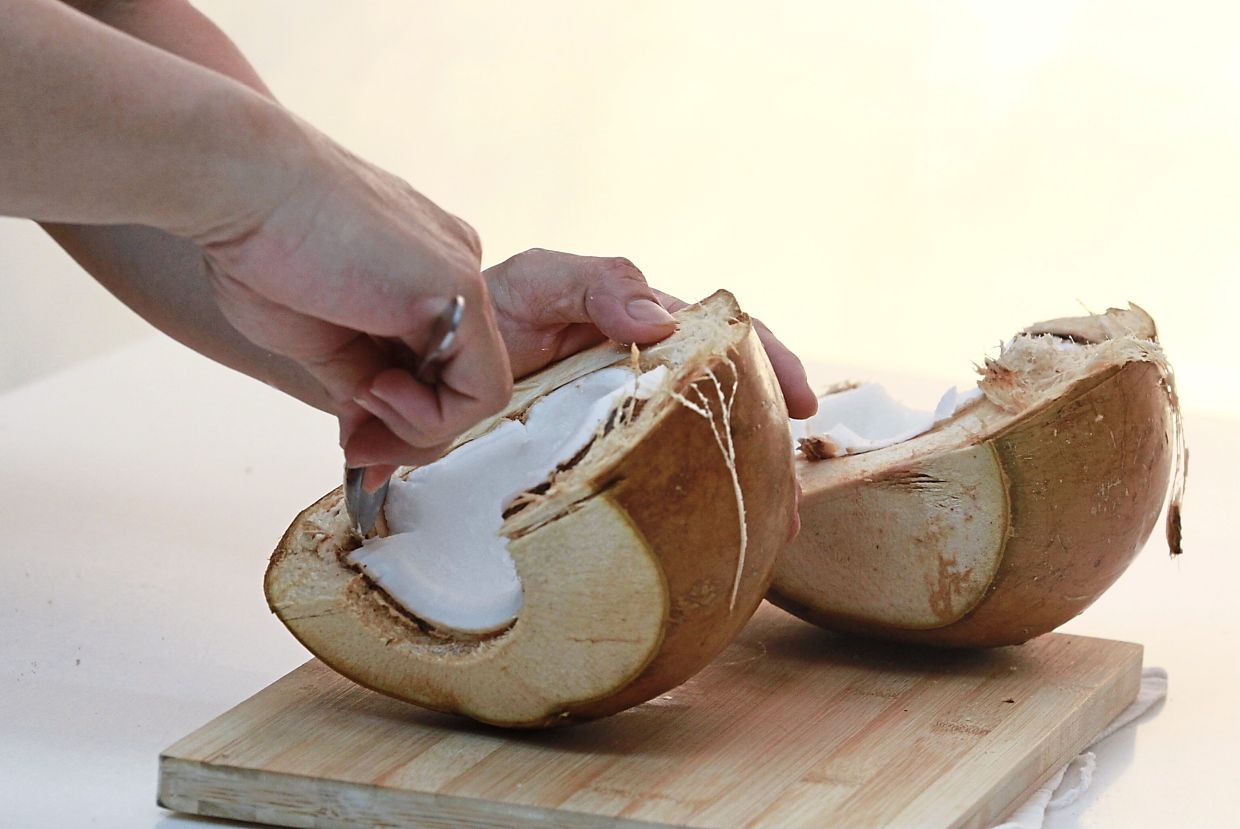 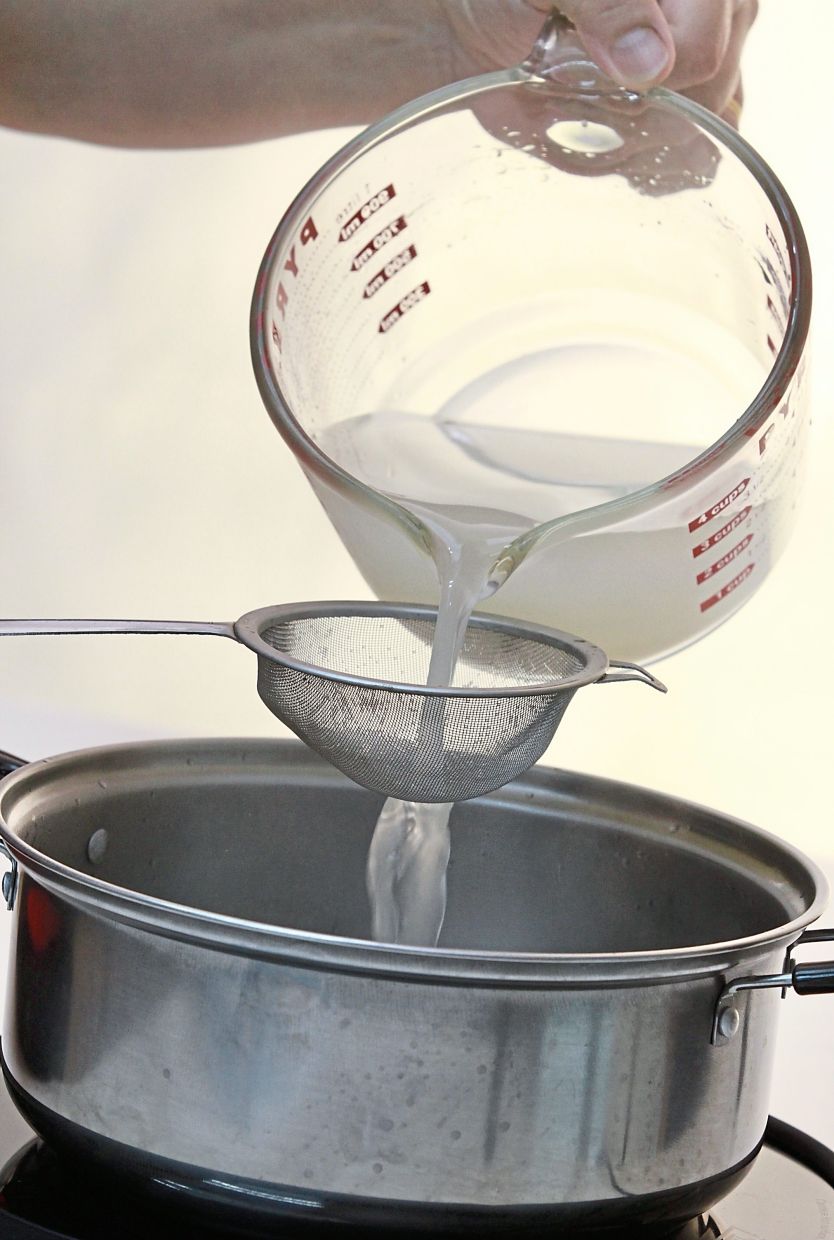 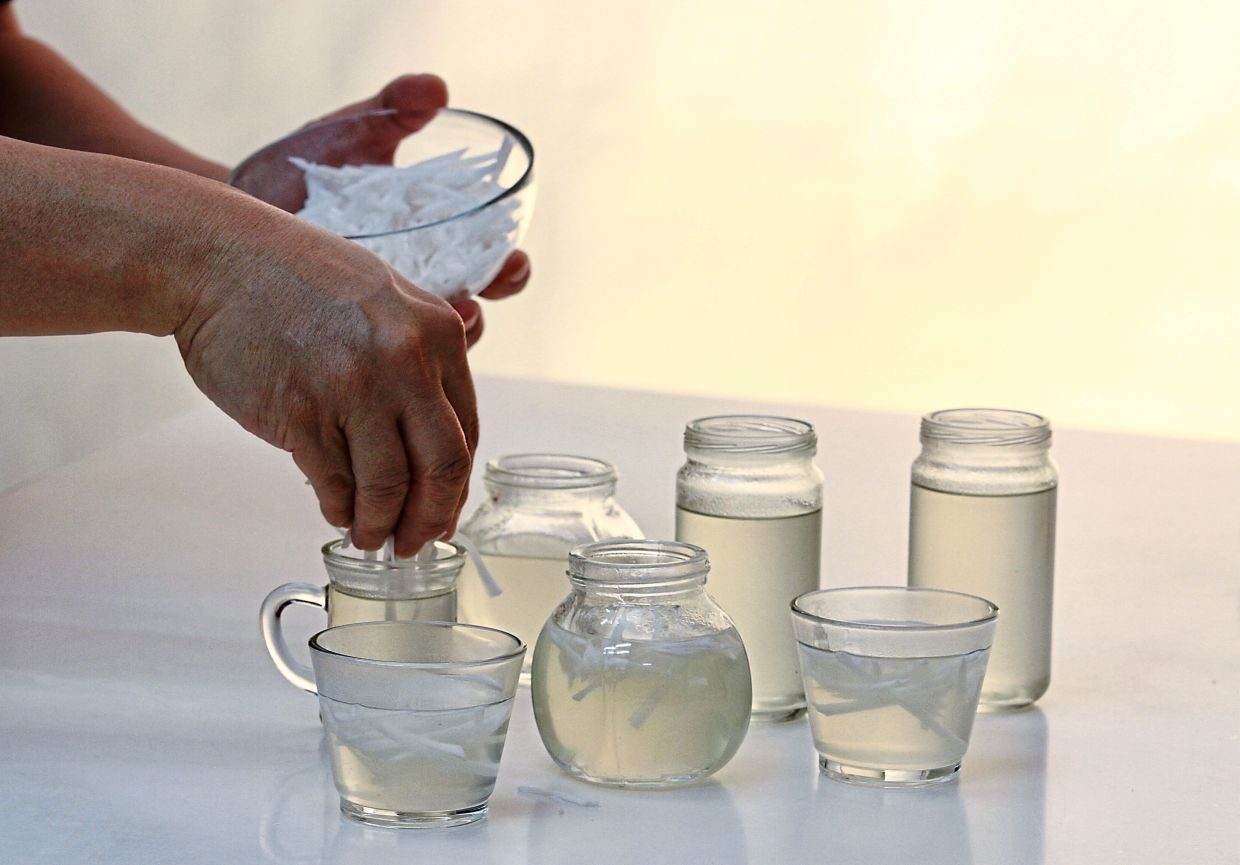 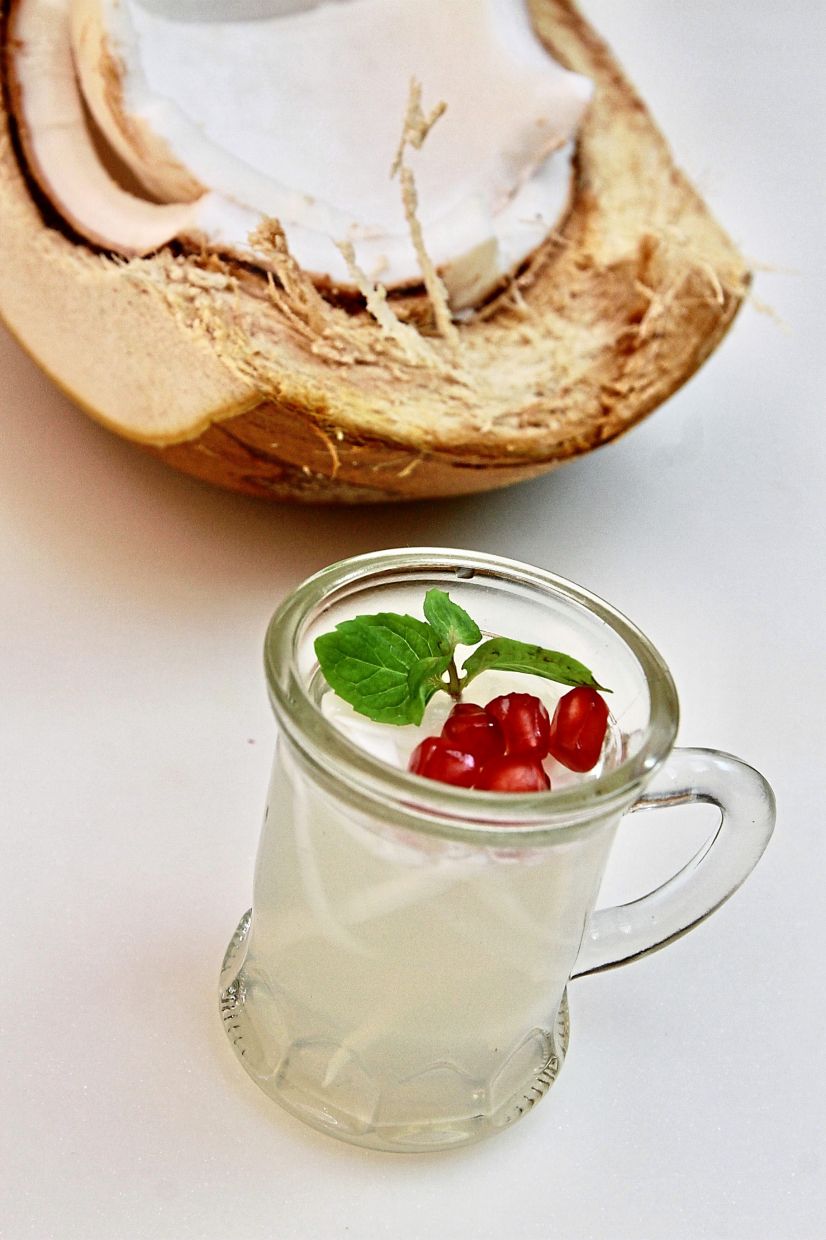 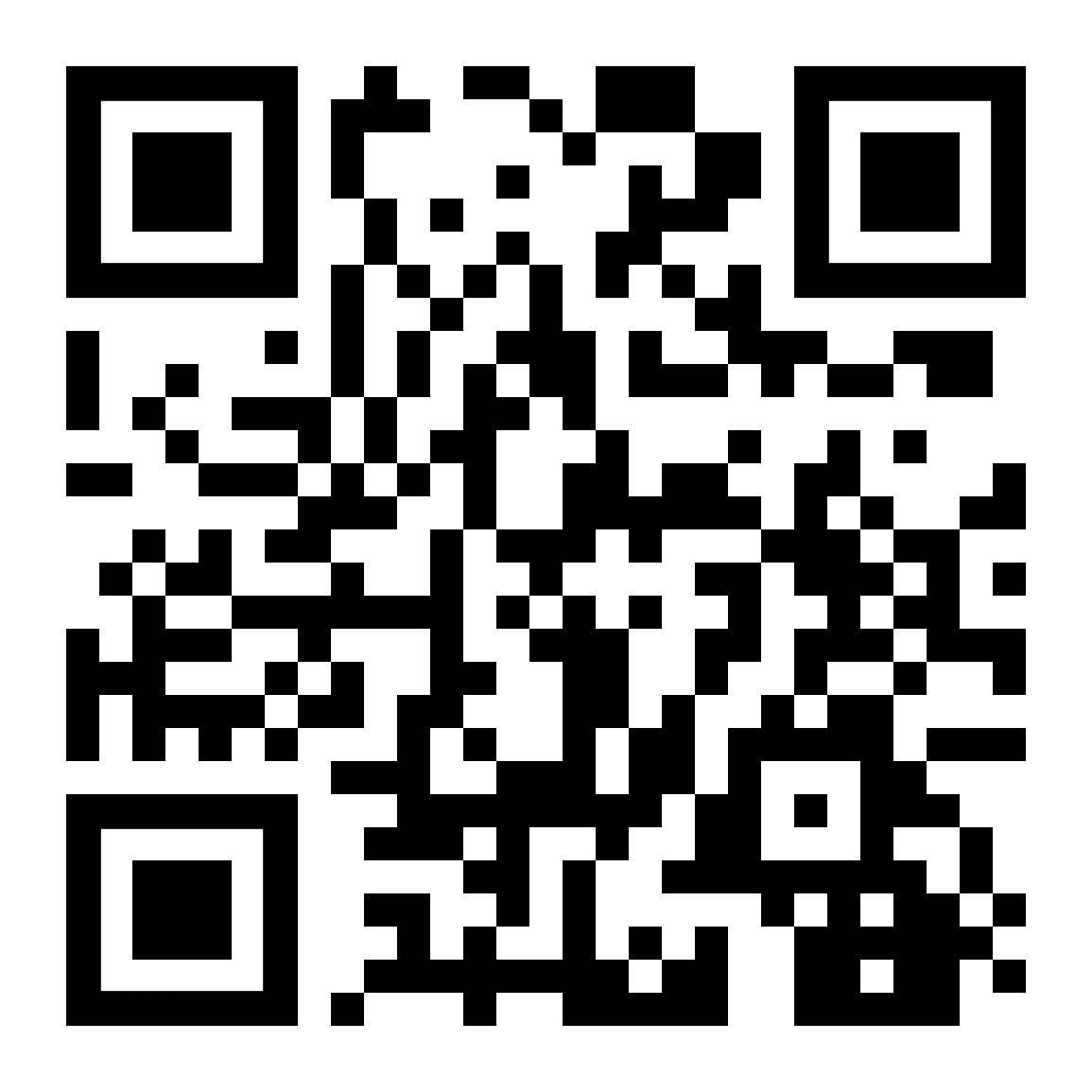 Allow the natural flavour of coconut to come through in this simple Coconut jelly dessert.

Remove the coconut kernels then finely julienne into ribbons.

After the sugar and jelly mixture has come to a boil and the pandan leaves removed, filter in the coconut water and heat it until just before boiling.

Pour jelly mixture into glass jars, cups and glasses, then liberally fill with julienned strips of coconut flesh before leaving in the refrigerator for at least two hours to set.

Serve chilled coconut jelly on its own or with a medley of colourful fruits for a refreshing dessert. — Photos: LOW LAY PHON/The Star 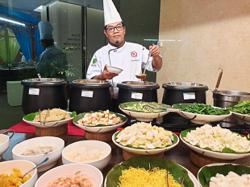