THE spirit of harmony reigned during a Chinese New Year open house at Penang Harmony Centre.

Nur Marina Ling Abdullah, 38, said the event created a festive mood among the community after two years of restrictions because of the pandemic.

“This is a happy occasion. It has been a while since we were able to hold events to celebrate festivals,” said Nur Marina who has been a Muslim convert for more than 10 years.

Housewife Juraini Saidin, 41, attended with her son and two daughters. Her husband is a Penang Macma member.

She was happy to see her children celebrating Chinese New Year and said the open house helped to foster unity among Penangites of different races and religions.

Her son Muhammad Danish Mikail Lee, 14, was thankful he could celebrate Chinese New Year with the community.

“I hope Covid-19 can be controlled so we can also celebrate Hari Raya Puasa soon,” said the Form Two student of SMK Tun Hussein Onn in Seberang Jaya.

Guests were treated to a lion dance and they enjoyed dishes such as halal wantan mee and halal loh bak.

In his speech, Ahmad said that the event was in line with the Penang2030 vision of building a harmonious society.

“Although we are of different religions and races, God has taught us to get to know and love each other,” he said.

The event was held with standard operating procedures in place. 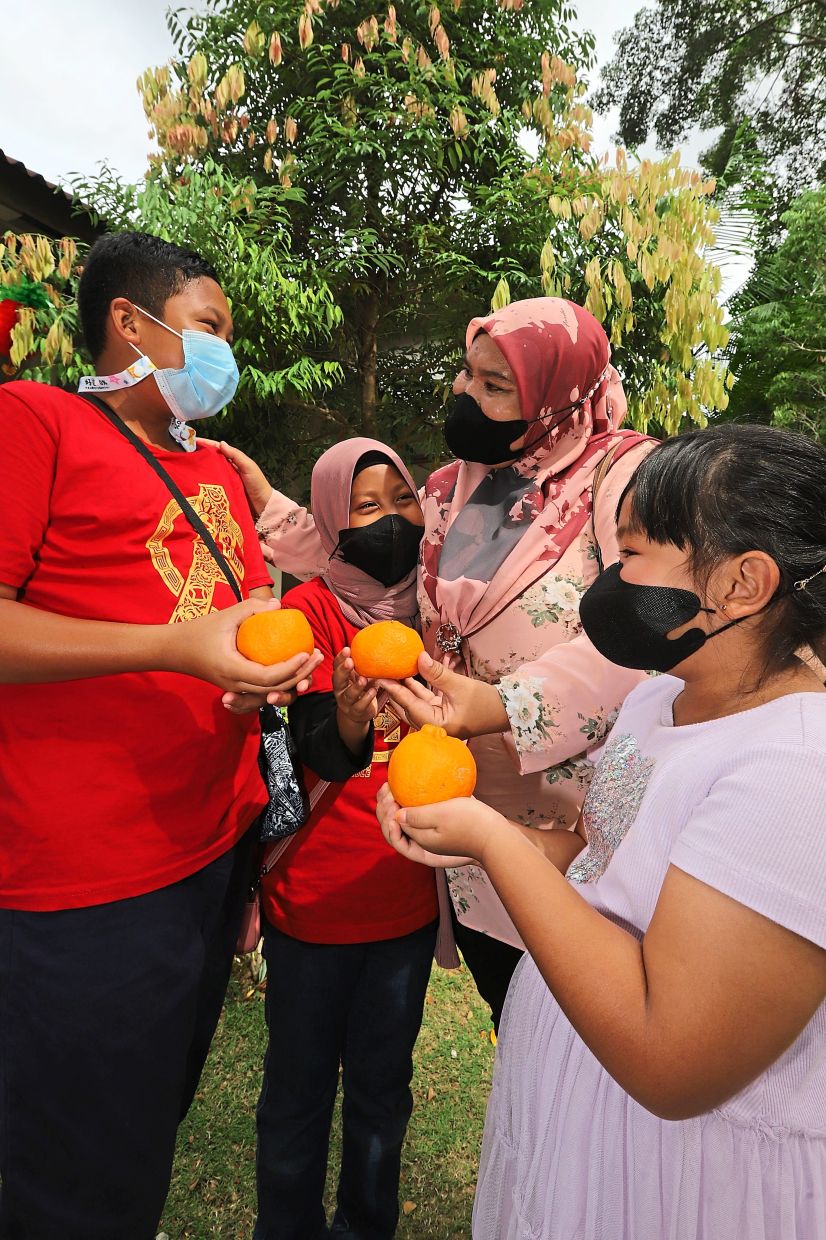 A traditional lion dance enlivens the festive mood at the gathering attended by Chinese Muslims and non-Muslims.

Juraini and her children (from left) Muhammad Danish, Nur Dalili Marissa, 10, and Nur Darin Marsya, six, enjoying themselves at the open house.