Draft MPAJ local plan to go on display in April

Some of the proposed changes in the RT MPAJ 2035 include increasing Ampang Jaya’s population density from 60 to 80 people per 0.4ha for residential projects similar to Rumah Selangorku. — Filepic

STAKEHOLDERS in Ampang Jaya will soon have a chance to voice their views on proposed development in their neighbourhood as the draft Ampang Jaya Municipal Council Local Plan 2035 (RT MPAJ) is slated to go on public display in April.

And for the first time, the plan would be made available for viewing online, said MPAJ press relations officer Norhayati Ahmad.

“RT MPAJ 2035 (Replacement) plans are in the final drafting stages by the appointed consultant.

“Once the plans are ready, stakeholders can give their feedback either by filling up a form or via online,” she said in a statement.

The tabling of the draft plan had been delayed because of Covid-19 pandemic-related restrictions.

The initial target was to have it ready by July last year. Azhari: Residents are frustrated over the lack of communication when it comes to issues that may have a long-term impact on stakeholders.

“Several Ampang Jaya communities, through the Ampang Jaya (AJ) Rimba Collective, had sent in several proposals prior to preparation of the draft plan last year.

“However, we did not receive any acknowledgement of our suggestions, and we were not able to meet with the new MPAJ president to discuss them,” he said, adding that over 600 people had sent in their proposals at the time.

Azhari said residents were frustrated over the lack of communication on issues that would have a long-term impact on stakeholders.

Traditionally, the local plan is open for public viewing once the draft is prepared and only then are stakeholders invited to give their input and objections.

However, several communities took a proactive approach by sending their feedback during the preparation stage with hopes of a more holistic engagement process to determine the type of future development in Ampang Jaya.

Most of the respondents were concerned about issues such as slope management, development and infrastructure as well as preserving green areas and rivers.

“In Kemensah for example, there must be a thorough study on the type of development allowed here because of the hilly terrain.

“Especially since the Kemensah landslide last year, the authorities must take into consideration the fragility of the place and whether it can cope with high-rise and high-density projects.”

In September last year, a landslide believed to be caused by movement of underground water, affected 19 double-storey terrace houses along Jalan Kemensah Heights.

Last year, StarMetro reported of MPAJ allocating some RM700,000 to hire consultants and finance production of the draft plan, which touched on land use, infrastructure, transportation, environmental conservation and tourism.

Some of the proposed changes included increasing the population density from 60 to 80 people per 0.4ha for residential projects similar to Rumah Selangorku, as well as redevelopment projects. 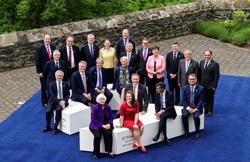 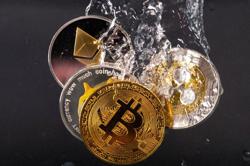