Festival wraps up on a brilliant note

Sutra Foundation performing ‘Aditya Archana’, a homage to the sun, at the ‘All Together Now’ dance show at Dewan Sri Pinang.

George Town Festival 2021 in Penang ended on a high with ‘All Together Now’, a cultural and contemporary dance show celebrating diversity.

Sutra Foundation presented ‘Aditya Archana’, an Odissi number that paid homage to the divine sun, along with ‘Pibare Ramarasam’ and ‘Exalted’.

The second performace celebrated Rama, hero of the Ramayana epic, while the third was a contemporary dance representing the cycle of birth, death and rebirth.

It pondered the concept of returning to innocence as well as the erosion of values.

The show ended with all three troupes dancing together for a number ‘Satu’ in a heartwarming display of togetherness.

Festival director Jack Wong said the response this year was beyond expectations.

“We express our gratitude to all the artists, partners and crew involved but more importantly, the audience who turned up in support of the arts.

“We will include new elements next year,” Wong said.

‘All Together Now’ was part of the festival’s second campaign called ‘Nine Days Eight Shows.’

There was also ‘The Senses’, a rainforest concert held at The Habitat Penang Hill’s Curtis Crest Tree Top Walk.

Addressing the audience, the Penang-based duo said it was fantastic to perform in such a venue.

Soundscape duo Kicau-Bilau then translated the diverse cultures and traditions of the archipelago into a performance of sounds and lights titled ‘Nusantrik’.

Darmas also enlivened proceedings with a fusion of traditional Malay rhythms from the joget, zapin and canggung.

Its manager Shafiq Samsi shared, “The environment and crowd’s energy here were amazing.” 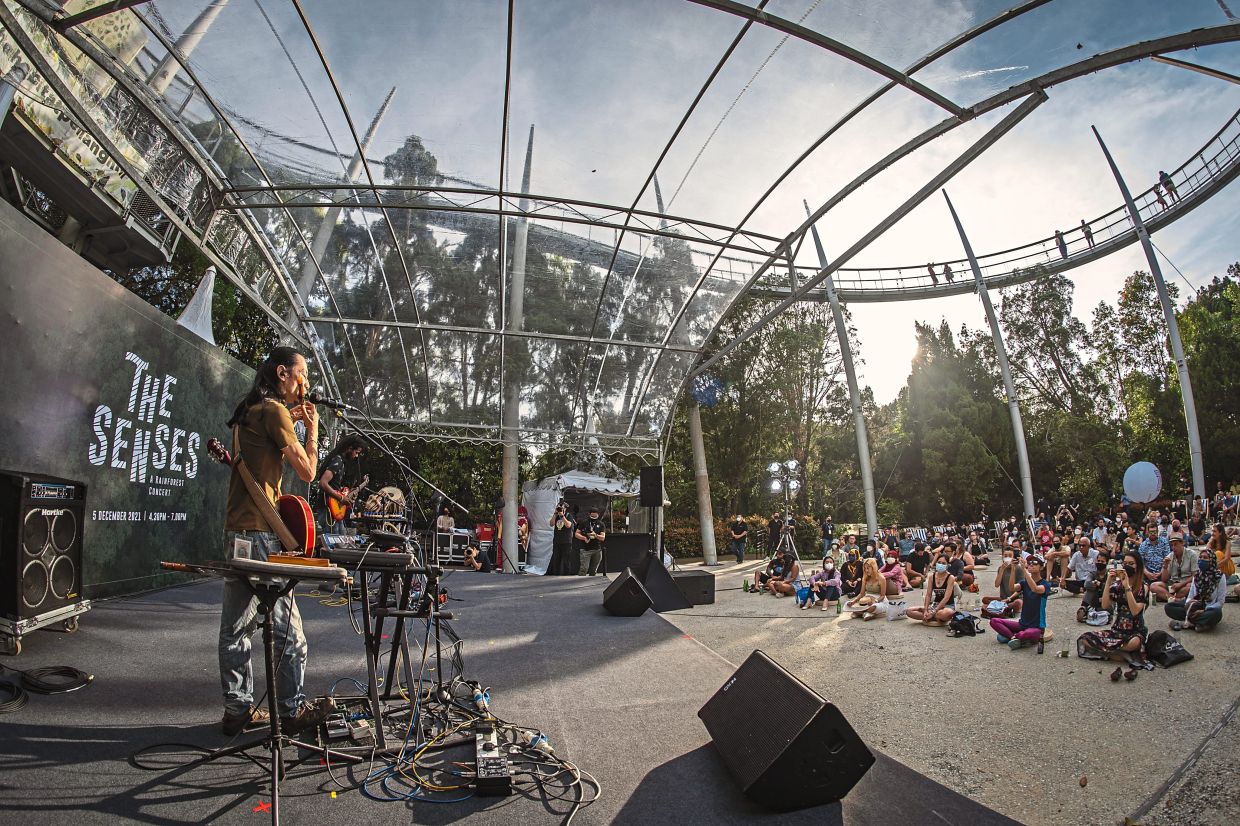 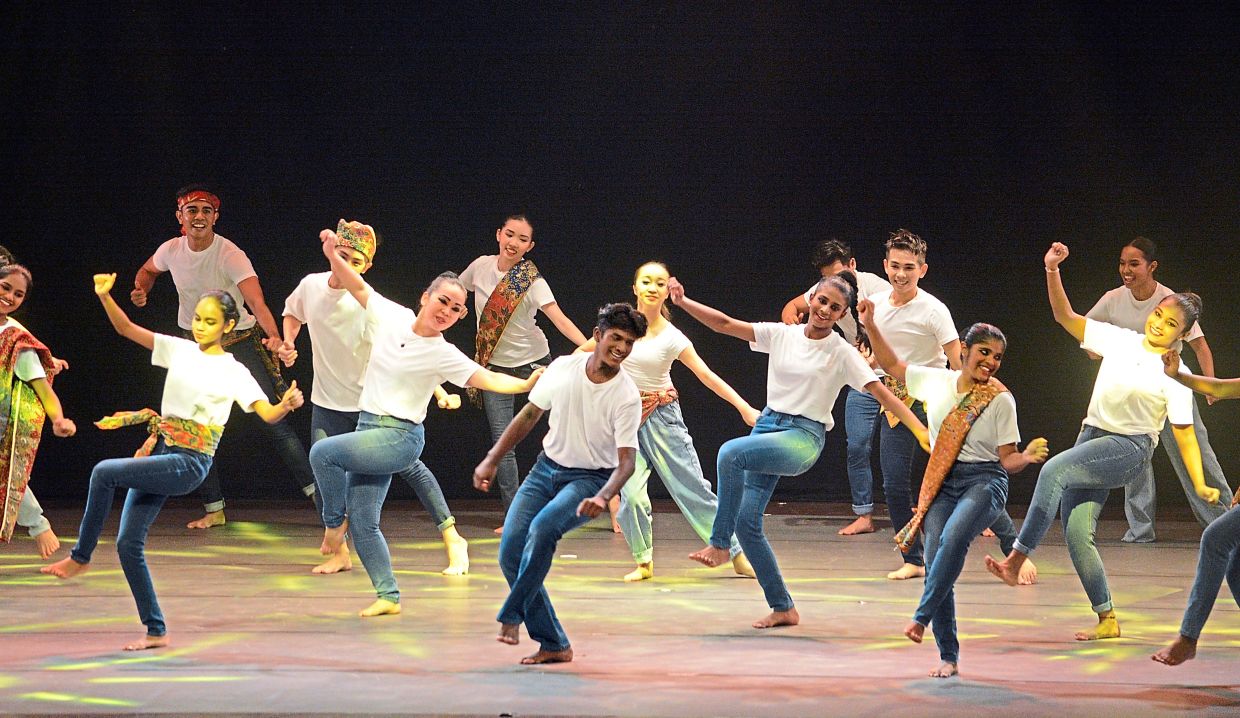 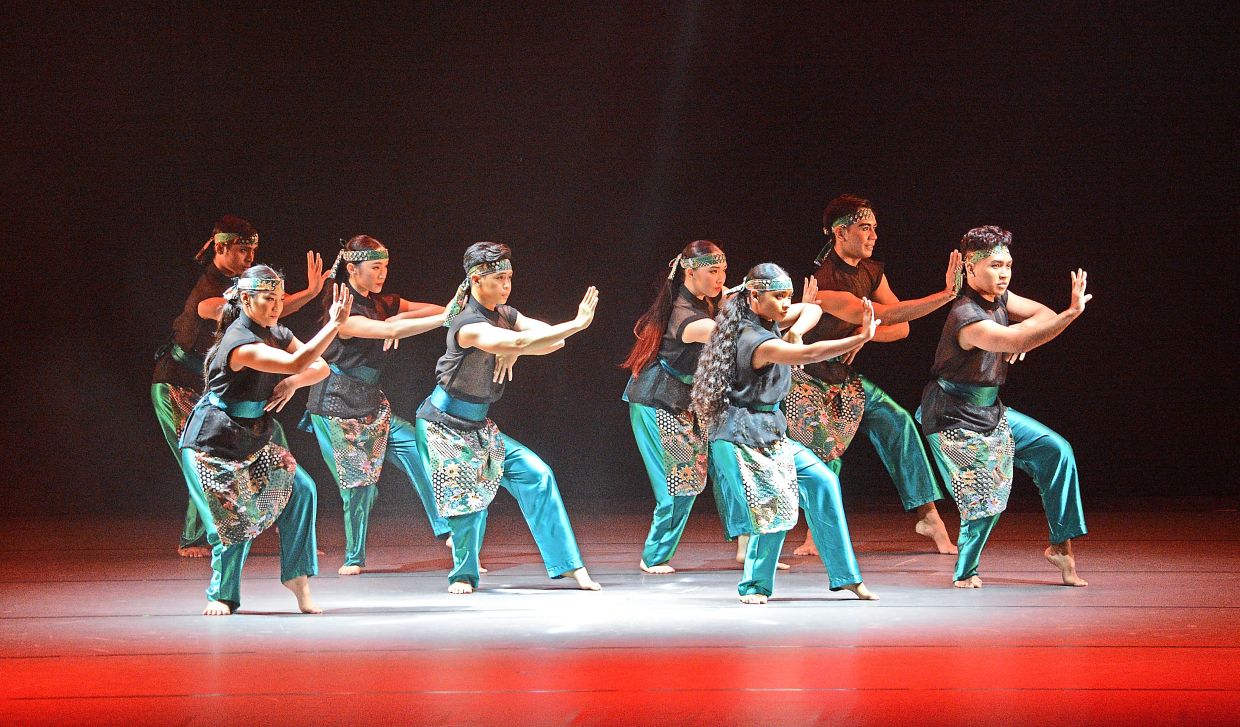 Dua Space’s ‘Black and White @ Variation – The Black Snake in the White’ was a contemporary dance representing the return of innocence.

Darmas delighting the crowd at the rainforest concert with rhythms from traditional Malay artforms.