COFFEE shop owners in the country are appealing to their respective state governments not to enforce the liquor licence requirement to sell beer and stout beginning next year.

As such, Malaysia-Singapore Coffeeshop Proprietors Association president Wong Teu Hoon (pic), who spoke on behalf of about 20,000 association members, urged state governments to consider their plight and continue with liquor licence exemption.

"Most coffee shops only sell between five and 10 crates of beer and stout a month with only about RM2.50 in profit per bottle.

"Unlike big establishments, coffee shops make little profit from the sale of these alcoholic beverages," he said.

Wong added that the sales could only supplement their income a little but the liquor licence was about RM1,300.

"If state governments insist on imposing the liquor licence requirement, many coffee shop owners will choose not to sell these beverages.

"In the end, the government will stand to lose in tax revenue," he said.

So far, the Selangor government had decided not to enforce the licence requirement for the sale of alcoholic beverages in coffee shops. 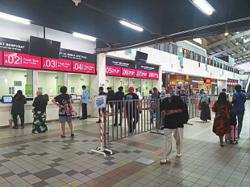