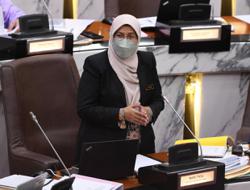 NO RUMAH Selangorku (RSKU) units have been sold to third parties without the state government’s permission and approval, as of October 2021.

“This is based on Selangor Housing and Property Board’s (LPHS) records on submission of documents to transfer ownership of a Rumah Selangorku unit, which is a state price-controlled property,” said Selangor housing, urban well-being and entrepreneur development committee chairman Rodziah Ismail, who was answering questions from Tony Leong Tuck Chee (PH-Pandamaran).

The prices are fixed based on the house type and size, and applicants have to meet certain income requirements to qualify as a purchaser.

“LPHS was tasked by the state government to ensure the distribution and ownership of price-controlled properties, including low-cost flats and RSKU where only those from low and middle-income groups can purchase the properties from the developer or through sub-sale/transfer of ownership,” said Rodziah.

“To fulfil the policy set by the state authority, LPHS has implemented a control mechanism to ensure that distribution is done transparently and fairly.

“The policy stipulates that an application seeking permission to transfer ownership of price-controlled properties must be submitted to LPHS for the state authority’s approval.

“Prospective buyers must comply with the conditions of ownership for the property before their application for sub-sale/transfer of ownership can be considered.”

For a transfer of ownership application to be considered, Rodziah said LPHS had set a minimum five-year ownership period from the date of receipt by the first owner.

“Subsequent transactions also require a five-year period based on the sale and purchase agreement or auction contract.

“This is to ensure only those who are eligible to own price-controlled properties in Selangor can buy such houses.

“It is also to avoid price speculation and manipulation of those who want to take advantage of the availability of these properties,” she said.

Rajiv Rishyakaran (PH-Bukit Gasing) and Dr Daroyah Alwi (PN-Sementa) asked whether the state government had the authority to stop the sub-sale or sublet of such properties as well as the type of action taken against offenders.

“If someone intends to transfer ownership or perform a sub-sale of an RSKU, they will have to go to LPHS’ office to submit the application and that will be rejected if it doesn’t fulfil the five-year requirement,” Rodziah replied.

“As for sublet, LPHS can investigate when official complaints are lodged and then serve a notice to the tenant to move out within one month.

“LPHS can also take legal action if necessary,” she said.

She added that similar conditions were applicable to people’s housing projects, whereby only qualified applicants were allowed to rent and the authorities must be informed immediately of any transfer of ownership. 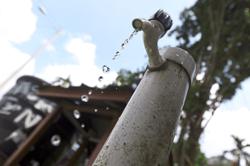 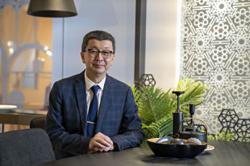