A library in Salak South New Village was identified for renovations to give it a new look.

EFFORTS to rejuvenate and urbanise old spaces is giving decades-old properties in Chinese new villages a new lease of life.Work to transform the ageing neighbourhoods that have been around since the period of Emergency (1948 to 1960) are attracting visitors and show tourism potential.

Community participation in the projects is also a welcome change.

New villages were formed in the 1950s during the British administration to resettle Chinese folk from rural areas and cut off communication and aid to the communists during the insurgency.

Known as Chinese new villages, those living within the confined barbed-wired zones back then had curfew hours to adhere to.

Having been in existence for more than 70 years now, residents of such new villages nationwide have formed their own unique identity with the young and old growing up in a closely-knit community.

Efforts to regenerate old villages have helped inject new purpose, instil sense of belonging and inclusivity among villagers, but more importantly, preserving the history and identity of a place.

One such example is the Little Giraffe Story House, a community library and cafe that is popular with bookworms and coffee lovers in Cheras, Selangor.

Tucked away in the middle of the Batu 11 Chinese New Village, the library project came together with villagers’ help.

It all started when a group of mothers created a small community library to promote reading among their children in the village.

They transformed a container at a nearby field into a library and donated storybooks to the library for schoolchildren.

The container slowly evolved from a library to a space for tuition classes and leisure.

Intrigued by the concept, current Little Giraffe Story House person-in-charge and curator Lee Soon Yong, took over the task of managing the place in 2016.

“I loved what the community did for Little Giraffe Story House when I returned from Taiwan after my studies.

“I wanted a better place for children and looked for a wooden house in the neighbourhood.

“Then, I found out that the owner of a house along Jalan 15 was willing to rent it out to be used as a library,” said Lee.

He said the house was previously rented out as quarters for foreign workers and this formed a disconnect with villagers.

“There was not much interaction between the tenants and neighbours back then, so turning it into a library helped reintegrate the house with the rest of the village,” he added.

Lee, who studied architecture, is thankful for the community’s help in transforming the wooden house.

“New village residents chipped in and helped build up the place, sourced for funds and assembled the furniture.

“Villagers were happy to see the result of their efforts when the library project was completed,” said Lee, adding that he later found someone to run a cafe there to help sustain the library.

“So, I invited a friend to run the cafe and the wooden house is now a place for visitors to read and relax,” he said.

Besides being a repurposed wooden house turned into a library and cafe, Little Giraffe Story House is a little comfy nook that attracts visitors from other districts.

The Little Giraffe Story House project has strengthened villagers’ community spirit to hold on to the village’s heritage and identity.

For a bigger purpose

Projects to rejuvenate old premises and turn them into functional spaces, for the community, have been gaining acceptance in Chinese new villages.

Creative individuals have been flexing their entrepreneurial skills to transform ageing premises and give them a new life, showing how a little effort can lead to grander purposes.

Village Vision does this by discovering unique characteristics and values of the villages.

“The historical value and village identity must be preserved and this has to involve the community.

“However, development of old areas often involve a top-down policy which lacks inclusivity.

“For example, a development project gets the relevant approval from authorities and often involves big development companies but it lacks community participation.

“Little Giraffe Story House is an example of a project involving the community as they sourced for funds and worked together to build the place.

Chua said people often perceived Chinese new villages as old and devoid of development, hence it was time to prove them wrong.

“The younger generation will leave their homes to advance their career in the city, but they too must realise that there is much that can be done to uplift new villages.

“This was also highlighted in a 2019 Nationwide Leadership Empowerment Convention for village heads where it was discussed that youngsters were not taking up roles to contribute to their villages.

“Villagers must realise that the values and unique characteristics of new villages must be preserved.

“Otherwise, as the population decreases, over time, new villages will soon lose their purpose and will be replaced with newer developments,” she said.

Chua said according to the 2030 shared prosperity blueprint, every community should get equal development opportunities whether in cities or in new villages.

“New village has its own potential to achieve sustainable development to benefit the community.

“When I was the Kuala Sepetang assemblyman from 2008 to 2013, the fishing village was capable of developing itself as an ecotourism spot.

“These places have their own potential and if we do not develop them based on their potential, people will leave their villages,” she added.

The competition, which concluded in July, attracted 76 entries with 25 finalists selected.

The finalists were required to work with invited Taiwanese tutors, through workshops, to fine-tune their rejuvenation of new village ideas.

Chua, who is also Tourism Selangor’s industrial development manager, said people were opting for domestic travel now because of the Covid-19 pandemic and this trend might continue in 2022.

“We want to curate community tourism to include cultural content from new villages that can be used to give local travellers a new experience.

“Tourism Selangor, with cooperation from Tourism, Arts and Culture Ministry (Motac), had a pilot project in 2017 where 52 community hosts in new villages were selected to host tourists.

“This can still be expanded.

“Another direction I wish to explore is craftsmanship, where tourists can try making local crafts during their visit to new villages.

“For example, the Mah Meri Village allows tourists to make their own woodcraft,” she said.

Chua said nearby attractions could be packaged with new village tours, in a day trip, to woo visitors.

For example, the Seri Kembangan chocolate factory tour can be included in the itinerary alongside the new village tour.

“Such tours allow tourists to learn about local attractions while giving villagers the opportunity to promote their village,” she said.

The Salak South New Village library is another project that got a facelift in 2019. 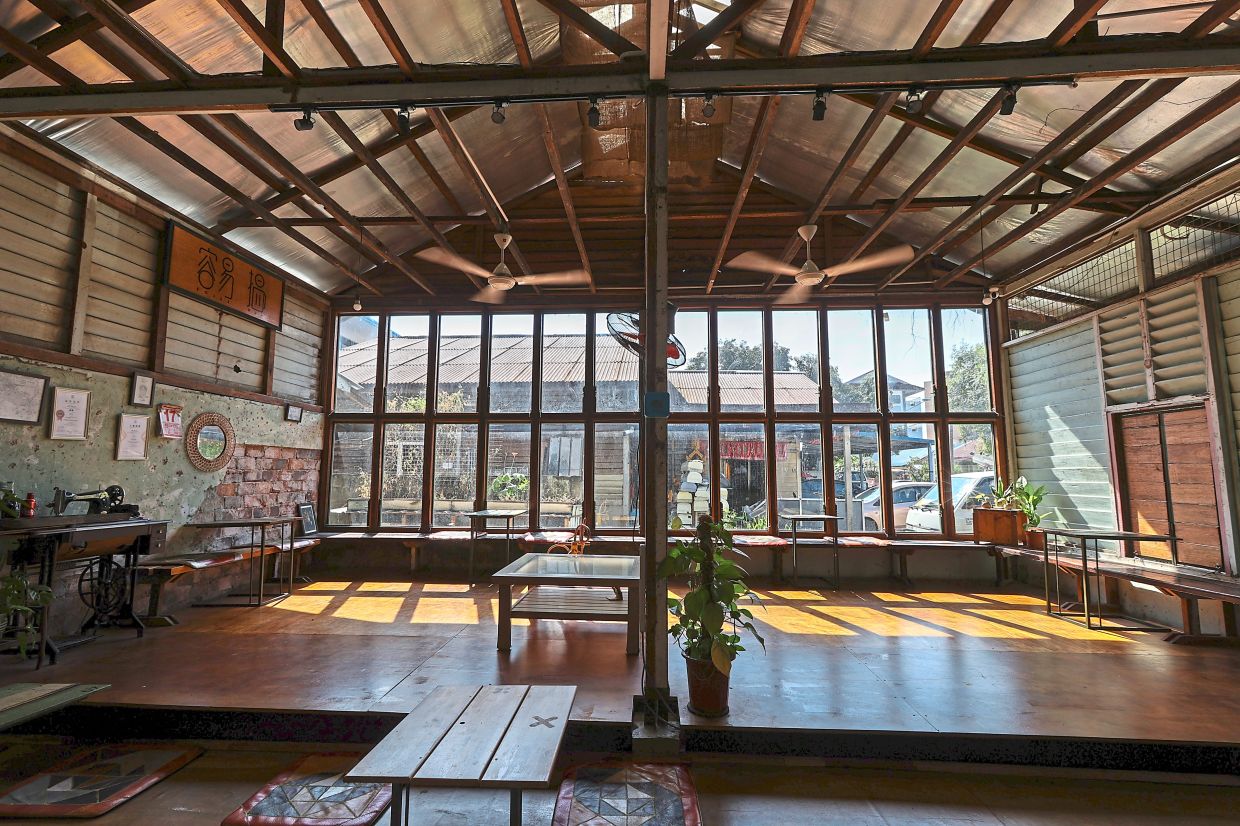 A library in Salak South New Village was identified for renovations to give it a new look.

The rejuvenated library in 2019.

The quiet and cosy surrounding of the Little Giraffe Story House offers bookworms and visitors a place to unwind.

Lee says the villagers took part in building the library, sourcing for funds and assembling furniture.

Extra pix - no need to use if no space Visitors checking out details on display during the 2019 Nationwide Leadership Empowerment Convention for village heads.

The old wooden house that was rented out as workers’ quarters has been transformed into a library and cafe. – Photos: GLENN GUAN/The Star

Chua sees great potential in rejuvenating old areas in new villages to preserve the identity of the place.