Louis (top left) and other Triple Beats members produced the music video to show they too care and share the frustrations arising from the pandemic.

A MUSIC video by a group of youths in Sibu Jaya, Sarawak, inspired by the Michael Jackson hit Heal The World, has garnered positive public feedback.

The video produced by 19-year-old Louis Fernandez Sangah, along with six of his schoolmates, is in many ways a tribute to frontliners in the battle against Covid-19.

Calling themselves the Triple Beats, Louis said they were inspired to do the video after being “locked down” for so long due to the pandemic.

“We were restless and wanted to express ourselves,” he recalled.

“We also wanted people to know that youths do care and share the frustrations arising from the Covid-19 pandemic,” said Louis.

Taking three weeks to practise the song and do everything from recording to post-production, he said the most challenging aspect was the lack of resources.

“We did not have the appropriate recording equipment. What we had were lower-end computers and handphones,” he said.

On top of that, the teenagers faced challenges when it came to practice sessions.

“We had to train virtually, which was troublesome.

“And some of us had to work, while others had classes to attend.”

On the bright side, Louis said they all learned a lot and were thankful that the feedback was encouraging.

“It’s not the best video. But we will work harder and from the experience of doing this video, we are now in a stronger position to come up with something better in the future,” he added.

Among netizens who posted their comments was Merduwati Hamdan from Kuala Lumpur, who recalled playing with the youths during the SibuJaya Water Festival in 2019 and said she was proud of them.

Sean Phuah, who signed in from Sydney, Australia, said he had been to Sibu Jaya previously and truly enjoyed the visit.

“So much love, warmth and sincerity among its people from different backgrounds. Praying for a better future and that things will get better and be back to normal,” he wrote.

Bawang Assan SUPP chief Senator Robert Lau Hui Yew was impressed by the determination and tech-savviness of the youths.

“I know they have very limited resources to work with, so for them to come up with this remake is a good effort on their part,” he said.

The music video, titled Heal Malaysia (Michael Jackson’s Heal The World Remake) by SJ Youth, has garnered more than 1,100 views since it was uploaded on Oct 1.

It can be viewed at www.youtube.com/watch?v=b4GJxYIJCeQ 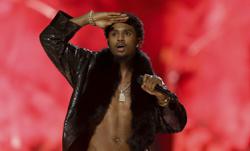