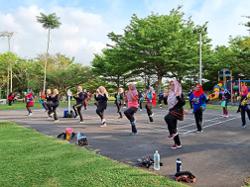 This tram was tested in Iskandar Malaysia. The feasibility of a fully electric one using the ART system will be assessed in Cyberjaya next year.

A fully electric tram will be tested at an undisclosed location in Cyberjaya early next year by the Sepang Municipal Council (MPSepang).

This is part of the local council’s initiative to opt for an efficient public transportation system in line with its goal to achieve smart low-carbon city status by 2025.

The tram will use the automated rapid transit (ART) system that is reported to be a hybrid between the electric bus and trackless tram.

MPSepang president Datuk Abd Hamid Hussain said the tram would navigate on a virtual tramway on the road.

“The tramway will be identified by road markings. It can be operated manually by a driver, or automatically.

“The tram will have three coaches, with the capacity to ferry 307 passengers at a time and move at a maximum speed of up to 70km per hour.

“There will be a charging station and an ART station to support the operation,” he said. Hamid says the government has been thinking of introducing trams for a couple of years now.

He added that the pilot project was a collaboration between the council and Mobilus Sdn Bhd, which also conducted a pilot project of the ART System at Iskandar Malaysia in Johor from April to August this year to demonstrate its capability and use of green technology in the mobility industry.

However, the tram idea for Cyberjaya is not new.

The government has been mulling the idea of introducing trams as a viable option for better connectivity and a more efficient transportation system for a couple of years now.

(SPAD has since been dissolved and replaced with APAD)

Mohd Azharuddin had envisioned a 53km tramway network to be linked to the MRT 1 line in Kajang, the upcoming MRT 2 line and the High Speed Rail line.

He had said that the tram was viewed as a cost efficient and environmentally-friendly option to alleviate congestion in the four areas.

The government had also planned to include trams in the central business district of Kuala Lumpur a few years ago but the plan was shelved. The proposal is expected to be revisited later.What people think

Despite the benefits of having a tram network in Cyberjaya, stakeholders have reservations about the project.

Tengku Datuk Dr Jamaluddin Tengku Mahmud Shah, who is a Sepang councillor and Residents’ Representative Committees (JPP) chairman for Cyberjaya, said the project would provide a great boost to the image of the city that is dubbed the “Silicon Valley of Malaysia”.

He, however, has reservations about its success in the long term due to poor uptake of public transportation.

“Buses, taxis and trains are currently the modes of public transport in Cyberjaya.

“Buses are the most widely used.

“A number of buses under Smart Selangor, the state’s free bus service, continue to ply these routes despite the low number of commuters,” he said. 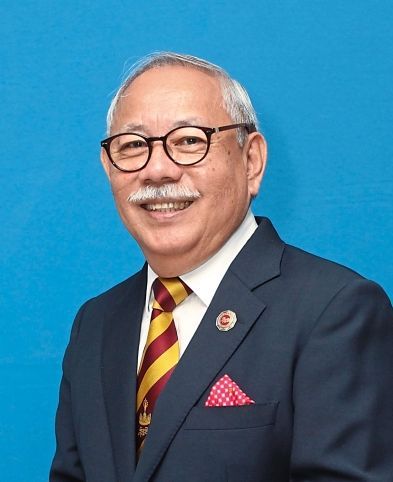 Tengku Jamaluddin hopes studies have been conducted to determine a profitable alignment for the tramway before construction.

Tengku Jamaluddin added that despite running at a loss, especially during movement restrictions when there were very few passengers, the Smart Selangor service has not stopped because it is funded by the state.

“I am not sure if the car-centric culture will change to make the tram project profitable.

“The government may need to make some radical changes to limit the use of private vehicles to force people to shift to using public transportation,” he added.

If the tram is found to be viable, he foresees its success in providing good service only if it were to be run by the government.

“Public transportation should be a service to the people and not be motivated by profit.

“There are not many passengers even for the buses, so I am not sure how the tram will fare if it is to be run by a private company.

“I do not know the details of the pilot project but I hope studies have been conducted to determine a profitable alignment for the tramway before construction because unlike buses, the route for trams is fixed,” he pointed out.

James Wendy Kusuma, 22, a resident of Cyberjaya for five years, said the government should be more focused on improving bus services before embarking on other expensive projects such as a tram service.

He said he hardly saw buses in Cyberjaya.

“There used to be a transit bus but I do not see it anymore.

“Without proper bus service, it is very inconvenient and expensive to get around.

“There are also many roads riddled with potholes.

“It would be more worthwhile to spend the money allocated for the tram project on road repairs instead,” he added.

Another resident, who wanted to remain anonymous, questioned the need for trams in Cyberjaya as there was no traffic congestion there.

“Usually, trams are used in busy cities. In my opinion, Cyberjaya does not need a tram at the moment,” he said.

On the other hand, lawyer Shahrulazwad Ismail, 44, from Kajang looks forward to having trams operating in Cyberjaya.

Shahrulazwad said he enjoyed using the tram service when he was in Melbourne, Australia and wished to see this mode of transport in Malaysia.

“I run my own legal firm in Putrajaya and travel to neighbouring Cyberjaya occasionally.

“The commercial centres are scattered and it is important to have a good public transport system in place for the convenience of the people,” he added.