(From left) Ng receiving the donation from Lim and Hoo for the Star Foundation’s medical fund.

Wellous public relations manager Tyson Hoo and SVO director Andrew Lim said they chose the foundation as they were confident it would be able to channel the donation to deserving recipients.

Hoo said he got in touch with Star Foundation when Wellous, a health food and supplements company, needed help to distribute personal protective equipment (PPE) last year as part of its corporate social responsibility (CSR) in the battle against Covid-19.

“This was at the beginning of the movement control order and PPE suits were really in short supply.

“We knew the equipment was urgently needed by hospitals but we needed a reputable charity organisation who could guide us in regards to distribution of the donation.

“So we reached out to Star Foundation who eventually guided us to donate the PPE suits to Hospital Kuala Lumpur,” he related.

This year, the RM20,000 donated by Wellous and SVO will go towards helping children and teenagers who need surgery for serious illnesses.

“This donation is in response to calls we have received from parents who either have insufficient savings or no medical insurance, seeking help for their children who are in dire need of medical treatment.

“Among the calls was someone asking for aid for a premature baby who needed to be placed in an incubator,” said Hoo.

Lim said the donated sum was part of a charity fundraising effort carried out together with SVO, which is Wellous’ appointed digital marketing arm.

The charity partnership, he said, was aimed at helping needy communities affected by the pandemic.

He said they raised a sum of RM156,888 within a matter of hours through an internal online charity bidding event which saw collectors’ items, horse riding packages and even Musang King durians being auctioned.

“It was decided that a part of this sum would go to Star Foundation because we wanted to work with reputable organisations that can channel aid to the right people. We trust our donation will be used properly by the foundation,” he elaborated.

Lim added that being a father of two young children himself, he understood well the feeling of desperation and helplessness of other parents when their children fell sick.

Star Foundation is the charitable arm of Star Media Group (SMG) that aims to support impactful initiatives to help a diverse group of beneficiaries.

Its medical fund programme was started in 2015 to help underprivileged individuals suffering from chronic illnesses, by sponsoring one-off medical treatment and care.

SMG corporate communication and social impact manager Selina Ng said the medical fund was disbursed whenever a case was referred to the foundation.

“We will do our due diligence first for every case. We raise funds for a particular child by announcing it in the news so that the public as well as the corporate sector can help.

“Once the amount is raised, we will channel it directly to the hospital to pay the child’s medical fee,” she explained.

The recipient’s recovery and progress is also reported in The Star to keep donors updated.

For more details on the foundation’s work with the community, visit starfoundation.com.my 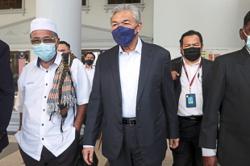 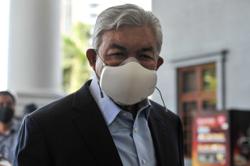