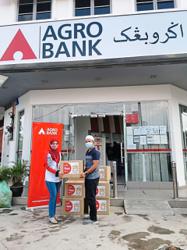 The ongoing pandemic has struck the B40 community hard and made it difficult for them to make ends meet.

In response to the hunger, despair and hardship faced by those in the group, Projek Rakyat Kenyang has been launched by three youth-led organisations — Arus Anak Muda, YPolitics and StandUp Malaysia — under the White Flag initiative.

The project aims to alleviate the burden of those most impacted by Phase One of the National Recovery Plan in the Klang Valley by providing food essentials.

Initially, the target was to raise RM15,000 within nine days to fund the project.

The money has allowed the organisations to distribute 709 food boxes so far.

With the extra funds raised, they have added new items into the food boxes, including milk powder and sanitary pads, upon request.

They will continue to prepare more food boxes until all collected funds have been spent.

The initiative’s spokesperson, Nabil Halimi, said, “The food drive has been a tremendous success because of overwhelming support from fellow Malaysians.

“However, it also reflected the dire situation citizens are in now due to the pandemic.”

Upon hearing about the initiative, courier and shipping company Ninja Van Malaysia approached Projek Rakyat Kenyang to assist with doorstep delivery to households in need.

“We are committed to going beyond logistics and doing our part in extending a helping hand, especially to vulnerable communities whose livelihoods have been impacted by the pandemic.

“We’re honoured to work with organisations that share the same commitment as we do in delivering quick and meaningful impact to over 700 families,” said Ninja Van Malaysia sales and partnership manager Fariz Maswan.

The partnership has also significantly reduced logistic costs, allowing more funds to be allocated for essentials in the food boxes, thereby reaching more families in need.

The tremendous support of Malaysians, both at home and abroad, has exhibited a strong sense of community during these trying times, and those involved in the project are humbled by the support they have received throughout July. 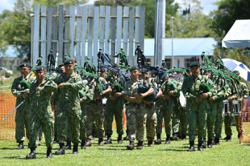