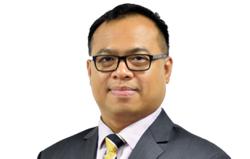 Just-hatched baby turtles placed in a pool at the Segari Conservation and Information Centre.

THE Perak government should expedite plans to gazette the turtle-landing site in Segari, Manjung as a protected area, environmentalists say.

SAM, he said, has been organising activities such as beach cleaning, release of turtle hatchlings as well as planting of ambong-ambong (sea lettuce) saplings to create awareness of the site’s importance over the past eight years.

“We are worried as nothing is moving in terms of plans to gazette the area.

“If we refer to the National Physical Plan, the areas in and around the 270ha Tanjung Hantu forest reserve are categorised as Environmentally Sensitive Area (ESA) (Rank 1 and 2), which are protected places where no development is allowed except for low-impact nature tourism.

“In a meeting with Perak Mentri Besar Datuk Saarani Mohamad in February, we raised the issue about the importance of gazetting the area and provided an in-depth presentation,” Meor Razak told StarMetro.

SAM also brought up the state government’s approval for the construction of two industrial projects in the 2,600ha Segari-Melintang Forest Reserve, which Meor Razak said could endanger the site.

He said Saarani was informed about their concerns over the proposed projects to set up a gas plant on a 60ha land as well as an iron and steel mill on a 202.35ha plot at the forest reserve.

“Both proposed projects could harm the environment and the fishing industry there.

“The projects are also located in the ESA Rank 1 zone at the current turtle-landing site, and goes against the National Forest Policy,” said Meor Razak.

“Our concern is not just limited to the coastal stretch (landing site), but also the surroundings that are covered with forests and natural terrestrial areas.

“Over the years, sections of the forest and natural terrestrial areas in Segari have been destroyed due to parts of the permanent reserved forest (PRF) being excised, encroached upon as well as illegal cleared,” he added.

The long-time environmental activist said it was pointless to have the multi-million-ringgit Segari Turtle Conservation and Information Centre, under the purview of the Fisheries Department, when the landing site was not protected.

“If no turtles are coming to lay eggs in the future, how is the centre’s staff going to collect the eggs, bring them back to the centre and release the baby turtles back to sea after the hatching process,” Meor Razak questioned.

According to SAM, the Tanjung Hantu and Segari Melintang forest reserves are home to unique flora and fauna which should be preserved.

They contain both coastal forest and hill forest and are home to two endangered dipterocarp tree species: Shorea glauca (Balau Laut), currently listed as “endangered”, and Shorea lumutensis (Balau Putih), listed as “critically endangered” and only found in Malaysia.

However, the forest reserves have come under threat from encroaching development and illegal activities.

Meor Razak said the nearby Pasir Panjang recreational forest was also abandoned, and its surroundings unkempt.

“The existing basic amenities, especially the gazebos are mostly damaged, and most of the Casuarina Equisetifolia trees grown there are destroyed.

“The recreational forest has the potential to become an eco-tourism area because it is still beautiful,” he said.

He reiterated that the existing land along Pasir Panjang coast, and the surrounding areas – especially Tanjung Hantu and Segari Melintang – should be maintained as a tourism zone and permanent reserve forest.

Gazetting in the process

Perak Fisheries Department director Zaki Mokri, when contacted, said the department, together with Manjung District and Land office, was in the process to ensure that the 7km (Pantai Pasir Panjang-Tanjung Hantu) stretch is gazetted.

“The 500m site where the centre is located has been gazetted, while the 400m area of Teluk Ketapang in Pulau Pangkor (another turtle-landing site) has also been gazetted to set up another conservation centre there.

“So the next step is to gazette the landing site in Segari, which is on the way,” he assured.

Zaki said that among the turtle species that land on the coast of Perak, which covers the landing site in Segari and Pulau Pangkor, are the Agar (green turtle) and Lipas (olive ridley) turtles.

For this year, he said that so far only two turtles had come to the sites, and laid a total of 497 eggs.

Zaki explained that in the early 1980s, the Fisheries Department identified Pasir Panjang beach as the main landing site for turtles to lay eggs in the state.

“In 1989, the department in collaboration with the state government established the turtle conservation management centre in Segari on a 2.5ha land area.

“The centre serves to implement publicity programmes, to conduct research, hatching and management of turtles in the state.

“The department has also established another turtle landing site in Teluk Ketapang in Pulau Pangkor, and we are in the process of establishing a conservation and information centre as well,” he added.

Zaki said that generally, the threats to turtles included people hunting them and collecting their eggs for food.

He said many of these marine reptiles also died after getting trapped in fishing nets, as well as due to the destruction of natural habitats and breeding sites.

“Also rubbish and chemical waste pollution in the ocean, as well as uncontrolled development of coastal areas are among the threats faced by the turtles,” he added.

StarMetro attempted to get further clarification from the Mentri Besar’s office and state environment and green technology committee chairman Mohd Akmal Kamarudin regarding gazetting the landing site but had not received any response. 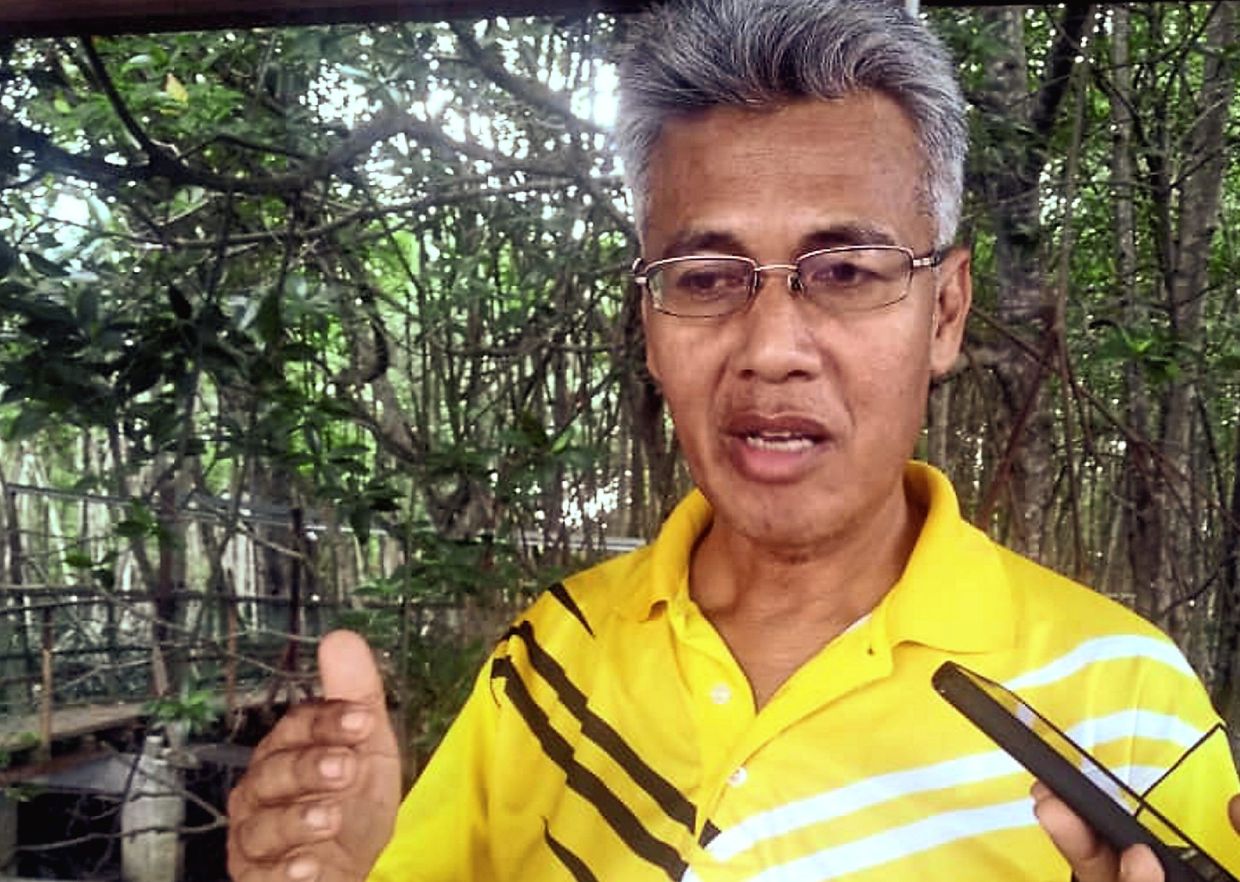 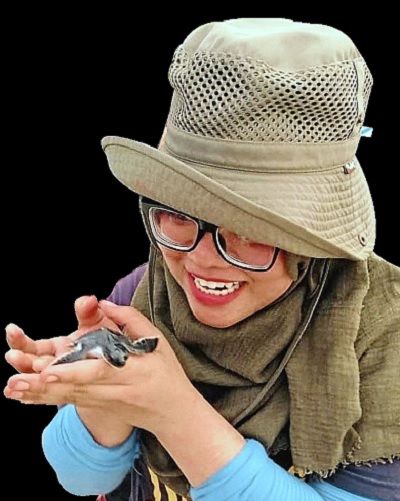 Meor Razak: It is pointless to have the Segari Turtle Conservation and Information Centre when the landing site is not protected.

SAM has conducted ‘ambong- ambong’ planting exercises at Pantai Pasir Panjang. The plant is part of the green turtle’s diet.

Turtle beach: The beautiful Pantai Pasir Panjang, which is part of the turtle-landing site in Segari.

Cleaning of the Pasir Panjang beach initiated by SAM in March 2020, before the movement control order was implemented.

SAM has been organising activities such as beach cleaning, the release of turtle hatchlings, as well as planting of ambong-ambong (sea lettuce) saplings at the site for the past eight years.

Back to sea: A volunteer releasing baby turtles near Segari Turtle Conservation and Information Centre in March last year.