This gaping hole at the backlanes of Jalan Khoo Teik Ee, Kuala Lumpur is a danger to pedestrians. - LOW LAY PHON/The Star

The drains along these back lanes are also damaged, making them safety hazards to both pedestrians and motorists.

Imbi Apartment resident Lim Choon Yean said the area was in a state of neglect.

“There are gaping holes in certain parts of the drains along the back lanes of Jalan Horley and Jalan Khoo Teik Ee.

“Unsuspecting pedestrians could fall into them.

“Residents here are of the view that the damage to drains and roads were caused by heavy vehicles using the road to get to the nearby major construction site, ” he added.

Lim said he had lodged a complaint over the matter to DBKL on Sept 2 last year, but did not receive any feedback.

On April 13 this year, he went to DBKL’s customer service department to enquire about his complaint and discovered that the case had been closed.

“I wanted to know the reason for the decision but the officers were unable to give a satisfactory answer.

“A second report was lodged on the same day.

On following up on the matter on April 18, Lim was informed that DBKL was in the midst of appointing a contractor to fix the drains.

However, the damaged drains were yet to be fixed, he said.

An owner of an Imbi Apartment unit who only wanted to be known as Koay, said both the roads served as a shortcut connecting Jalan Barat and Jalan Imbi.

“While many e-hailing drivers use the roads to get to their destinations faster, the back lanes also serve the residents in the vicinity.

“Many senior citizens use the back lanes to get around.

“The poor road condition and the broken drains are an accident waiting to happen, ” Koay said, urging the local authority to carry out repairs as soon as possible.

When contacted, a DBKL spokesperson said the matter would be referred to the relevant department for investigation. 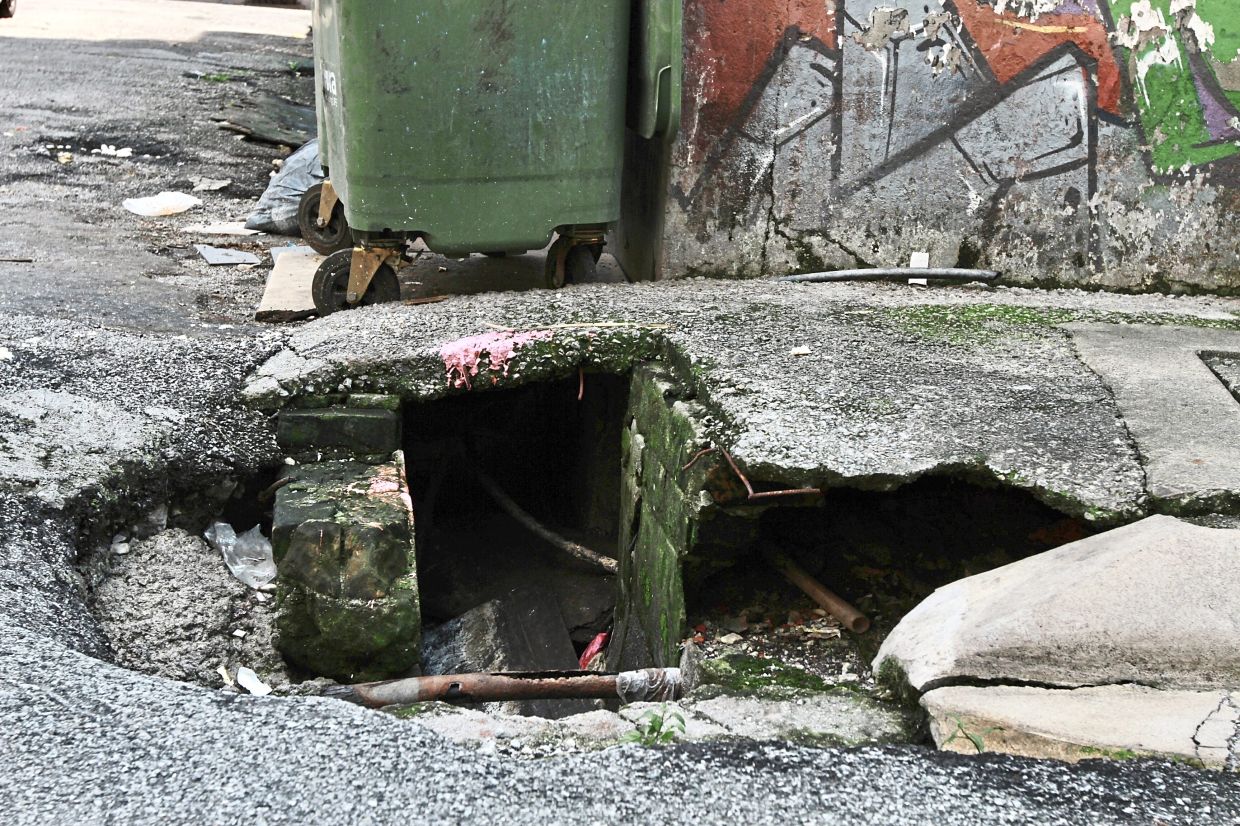 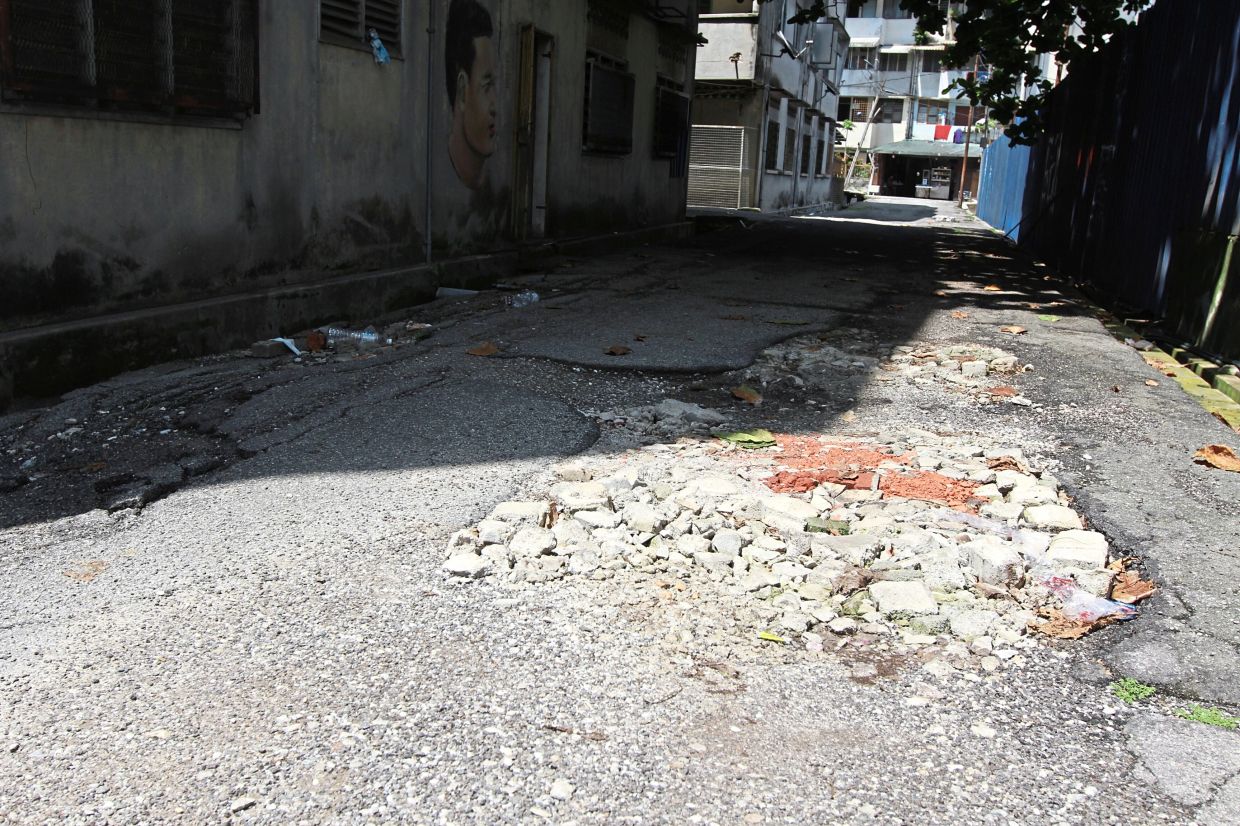 This gaping hole at the backlanes of Jalan Khoo Teik Ee, Kuala Lumpur is a danger to pedestrians. - LOW LAY PHON/The Star

The broken drain along the back lane of Jalan Khoo Teik Ee has not been fixed despite complaints to DBKL. —LOW LAY PHON/The Star