WORK to mitigate soil erosion on a hill slope along Jalan 16, Taman Bukit Kuchai in Puchong has begun, much to the relief of residents.

“Earlier, some officers arrived at the site for an inspection and spent about an hour before leaving.”

Another Jalan 16 resident who declined to be named said many of the rocks on the slope were visible after a downpour last month.

“You can see that the rocks are exposed. Luckily they are quite large, but this also means that if they get dislodged, the whole slope could come down.

“Hopefully this issue will not recur once repairs are done, ” he said. 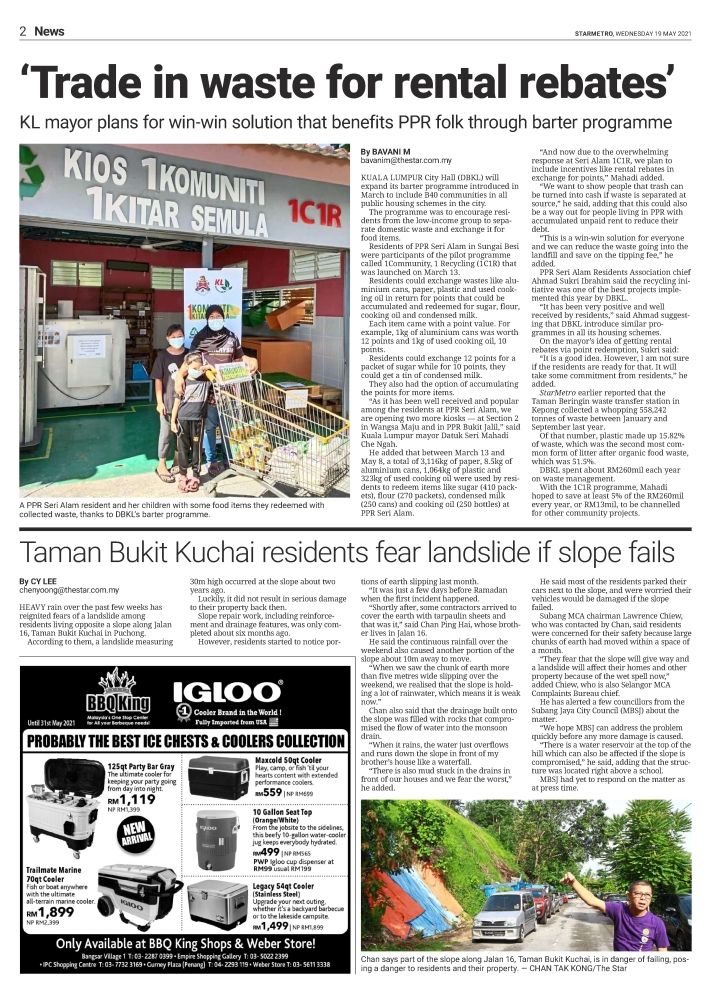 StarMetro had on May 19, highlighted the concerns of residents about a potential slope failure due to heavy rainfall over the past few weeks.

They said a landslide had occurred at the slope about two years ago and repair works were only completed about six months ago.

However, residents started to notice portions of earth slipping again in April.

Subang MCA chairman Lawrence Chiew, who alerted MBSJ on the matter, commended the city council for taking the matter seriously.

A spokesperson from MBSJ confirmed that repairs would be done by the developer who owns the land.

“The team we sent last week was from our Engineering Department and they were there to assess the situation as far as the safety of residents was concerned.”

MBSJ Zone 11 councillor Kenneth Sam Saminathan, who visited the site with other council workers, said MBSJ had issued a notice to the developer on May 18 to request that repairs be carried out.

“We are pushing them to get it done as soon as possible as we cannot afford to wait any longer.

“The first thing is to clear the drains which are clogged with debris before starting work on the slope.

“At this stage, we are unsure how long the repairs will take but we will be in communication with the developer and make recommendations if any, as well as observe the work quality until it is completed, ” said Kenneth.