Baby with medical complications in dire need of funds 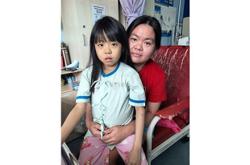 The association hopes to raise RM90,000 for one-year-old Shao Heng.

A SELANGOR-based non-profit organisation is hoping to raise funds for a one-year-old baby boy who is suffering from multiple illnesses caused by congenital problems.

The Malaysia Association for the Welfare of Mentally Challenged Children hopes to raise RM90,000 for one-year-old Lim Shao Heng to cover his daily expenses and medical treatment.

“The baby was sent to our home in June last year when he was just a month old and already had several medical complications.

“When he arrived at the home, he was extremely weak.

“We also received a letter from the government hospital stating that the baby’s health had deteriorated and we ‘should not apply emergency rescue’ on him, ” he said in an email to The Star.

Chang said despite the baby’s condition, the association took the baby under its care and sent him for multiple treatments, which resulted in his condition improving tremendously.

He said the association had spent about RM60,000 on the baby’s medical expenses so far.

Chang said there were currently 74 children at the home.

“The association’s monthly expenses is more than RM100,000.

“It is a huge burden for us, especially during this pandemic as we need more funds to cover the expenses for the baby.

“The funds raised for Shao Heng will be used to buy his milk powder and other daily necessities, as well as to cover his medical expenses and professional care for a year.”

He added that Shao Heng — who is tube-fed with milk — was having trouble consuming food or liquids orally because of his throat condition.

“He also has a heart condition and we have referred him many times to the National Heart Institute, ” said Chang. 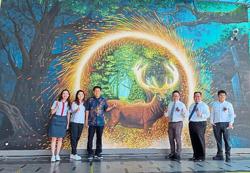