A NEW era of the Penang ferry service will start soon with a RM20mil upgrading works of the Raja Tun Uda ferry terminal on Penang island and Sultan Abdul Halim ferry terminal in Butterworth that will begin in June.

“The Butterworth terminal will be completed first within eight months as it is more urgent. Presently, those who disembark have to walk up a flight of stairs.

“At present, the passenger-only fast boats disembark on a temporary pontoon adjacent to the existing Sultan Abdul Halim ferry terminal.

“We have consulted physically challenged groups on the design of the terminal to ensure that it is OKU-friendly and easy to use, ” he said.

Sasedharan said priority would be given to the upgrading of the waiting and ticketing areas at the terminals.

He said the month of June would also see the awarding of tenders for three passenger-only water buses and two ferries for two-wheelers.

“There are 30 local and international bids for the tender of vehicles and the letter of award to the successful bidder will be given by the end of June.

“It could be two companies that will be given the job to build the water buses and ferries for two-wheelers with certain specifications.

“We are looking at the best kind of vehicle to ply between the island and mainland.

“Since it is a short run, a catamaran will not be suitable and we are doing an engineering study on the best possible kind of boat. We have brought in a marine engineering company to help us in the tender process, ” he said.

Sasedharan said the phasing and transition period of the vehicles would be about 12 to 15 months.

“All the vehicles may not be delivered at the same time and one might come first within seven months and the rest later.

“It would not be an issue as we could mix and match with the existing fast boats and roll-on/roll-off (Ro-Ro) ferries.

“We would be spending roughly around RM80mil for both the ferry terminal upgrade and the procurement of the water vehicles.”

The iconic Penang ferries ceased operation on Dec 31, with only a single ferry carrying motorcyclists plying from the ferry terminal between the island and mainland.

In the meantime, the number of people using the fast boats and Penang ferry has reduced since the imposition of movement control order (MCO) 3.0.

Penang Port Commission (PPC) chairman Datuk Tan Teik Cheng said there were only 449 passengers from Prai to Penang on the fast boats and 478 people from Penang to Prai on May 25.

“However there were only 166 from Prai to Penang and 168 from Penang to Prai on May 26, which was a public holiday due to Wesak Day, ” he said.

Tan said the number of motorcyclists on the Penang ferry was 370 from Prai to Penang and 479 from Penang to Prai on May 25.

“The figures were vastly reduced to 149 from Prai to Penang and 159 from Penang to Prai on May 26.

“This shows Penang people are very disciplined and aware of the situation presently and are working from home, ” said Tan on his Facebook posting.

Tan said while the usage of the ferry and boats had reduced, the standard operating procedures (SOPs) would be adhered to with hourly sanitisation carried out.

“PPC and Penang Port Sdn Bhd will always monitor and prioritise the wellbeing and safety of the passengers at all times, ” he said. 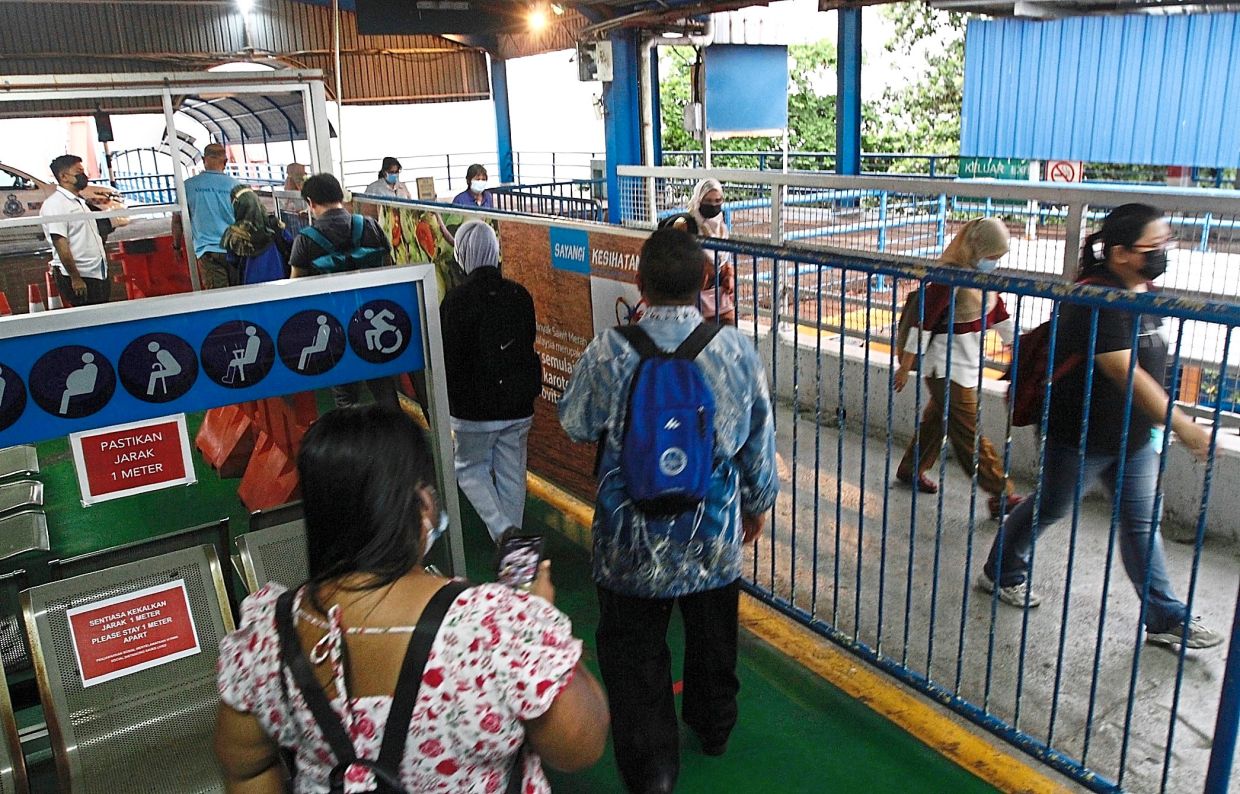 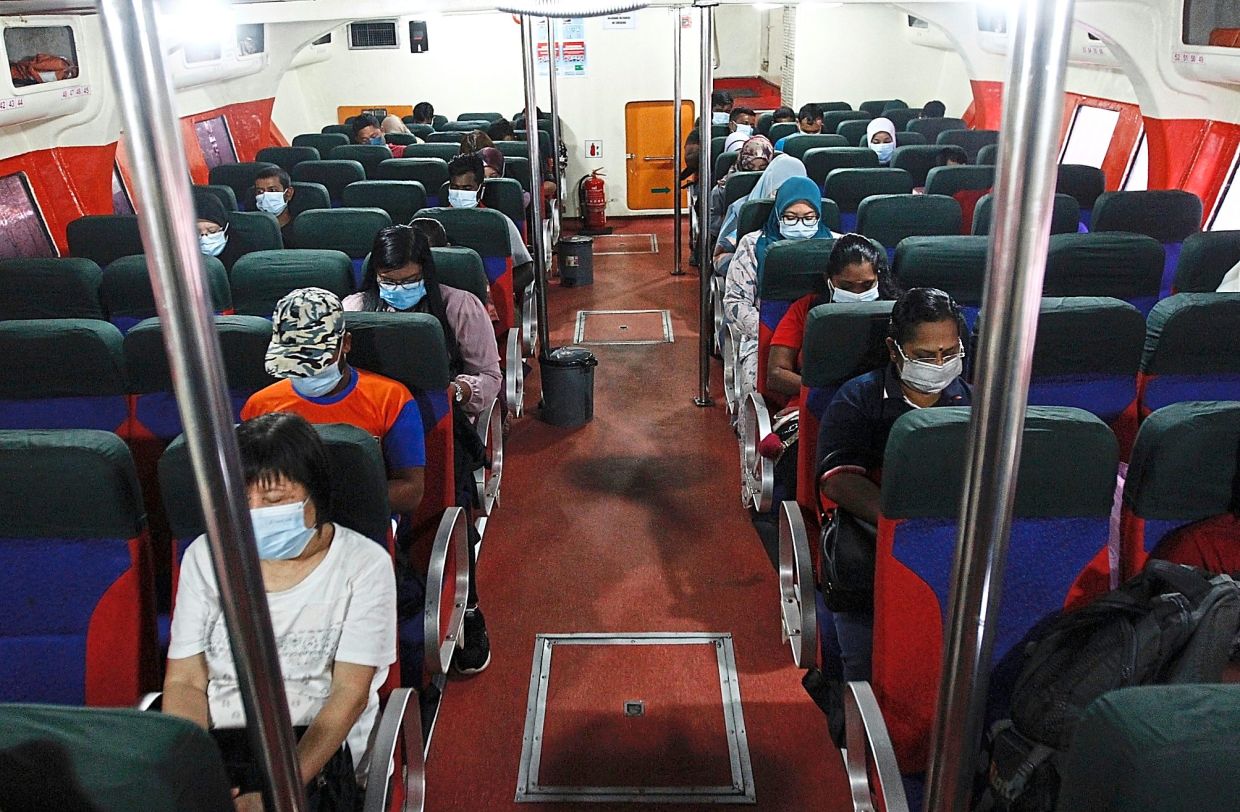 Passengers passing through the turnstile gate after buying tickets to enter the ferry terminal in Butterworth.

A view of the waiting area for passengers to queue for their turn to enter the fast boat after all arriving passengers have disembarked.

Passengers seated apart with social distancing inside the fast boat at the ferry terminal in Butterworth. — ZHAFARAN NASIB and CHAN BOON KAI/The Star

Tan interacting with one of the fast boat passengers at Swettenham Pier in George Town, Penang. — From Tan’s Facebook page

A worker sweeping the wet floor on the floating deck for the fast boat service at Swettenham Pier.

Priority will be given to the upgrading of the waiting and ticketing areas at the terminals.

Passengers disembarking from a fast boat berthed at the Sultan Abdul Halim ferry terminal in Butterworth.

Passengers walking down stairs at the ferry terminal in Butterworth to take a fast boat trip to Penang island.