AS a dog rescuer and feeder for over 15 years, S. Johnson has seen it all, from the abuse and neglect of dogs to inhumane acts against stray and abandoned dogs.

The Mercy (Pertubuhan Pemuliharaan Anjing Terbiar Mercy Prai) founder has rescued 1,500 dogs over the years, and doesn’t plan on stopping there.

“I have been a feeder and rescuer for more than a decade and have been running this shelter to rescue, neuter or spay them before finding them a loving home.

“We prepare their meals by giving them healthy food like rice and chicken with liver. The puppies get meat as it helps them grow and is softer for them.

“We make sure all the dogs here are spayed or neutered and get their required jabs.

“Then, we put them up for adoption, but we hope people understand that these dogs are meant to be house pets and not guard dogs.

“They deserve a loving home, ” he said when met at Mercy’s newly constructed shelter in Taman Inderawasih, Prai on Penang mainland.

Johnson said the shelter relied solely on donations and it costs them RM15,000 a month to sustain the 200 dogs they currently have at Mercy.

“There are 13 kennels and four big spaces for them to roam around.

“We only place them in the kennels if they need special care.

“Otherwise, we give them the space to move freely, ” he said.

The newly constructed shelter is a joint effort between the Seberang Prai City Council (MBSP) and Mercy.

Chief Minister Chow Kon Yeow said the entire cost to build the shelter was RM180,000, which was borne by the state government, Deputy Chief Minister II

“The building works commenced on Nov 1 last year and were completed on March 31 this year.

“MBSP allocated 0.17 acres of land to Mercy for this shelter to house stray and abandoned dogs within Seberang Prai, ” he said.

Chow said there were no short cuts to solve the issue of strays unless holistic measures were taken to address it.

“That is why having such shelters is crucial to house the dogs until and when they are able to find new homes.

“This is not a permanent solution. Once the dogs have been spayed or neutered and have received all the treatment they need, adoption is encouraged.”

Chow said people need to understand that not all non-governmental organisations were able to bear the various costs involved in running dog shelters.

“When they need assistance, the state government will come in and assist.

“Ultimately, dog owners need to be responsible when they first decide on bringing home a pet. They are a lifelong responsibility and do not deserve to be abandoned.

“We encourage people to practise responsible pet ownership, ” he said.

Chow said as of now, there were some 50,000 stray and abandoned dogs in the state.

In order to reduce the population, he said MBSP had been working closely with related organisations such as the Ipoh Society for the Prevention of Cruelty to Animals (ISPCA) to carry out the trap, neuter, release and manage (TNR-M) programme.

MBSP mayor Datuk Rozali Mohamud said the city council was committed to addressing the issue of stray and abandoned dogs due to the increasing number of complaints by residents in Seberang Prai.

“These efforts are ongoing, and we hope to create more awareness among the people to not abandon their dogs.

“We want the public to know that when we do release the dogs back into society, we make sure they are not in sensitive areas and always check with the people there before releasing them.

“Once they are released, they will be managed as well, ” he said. 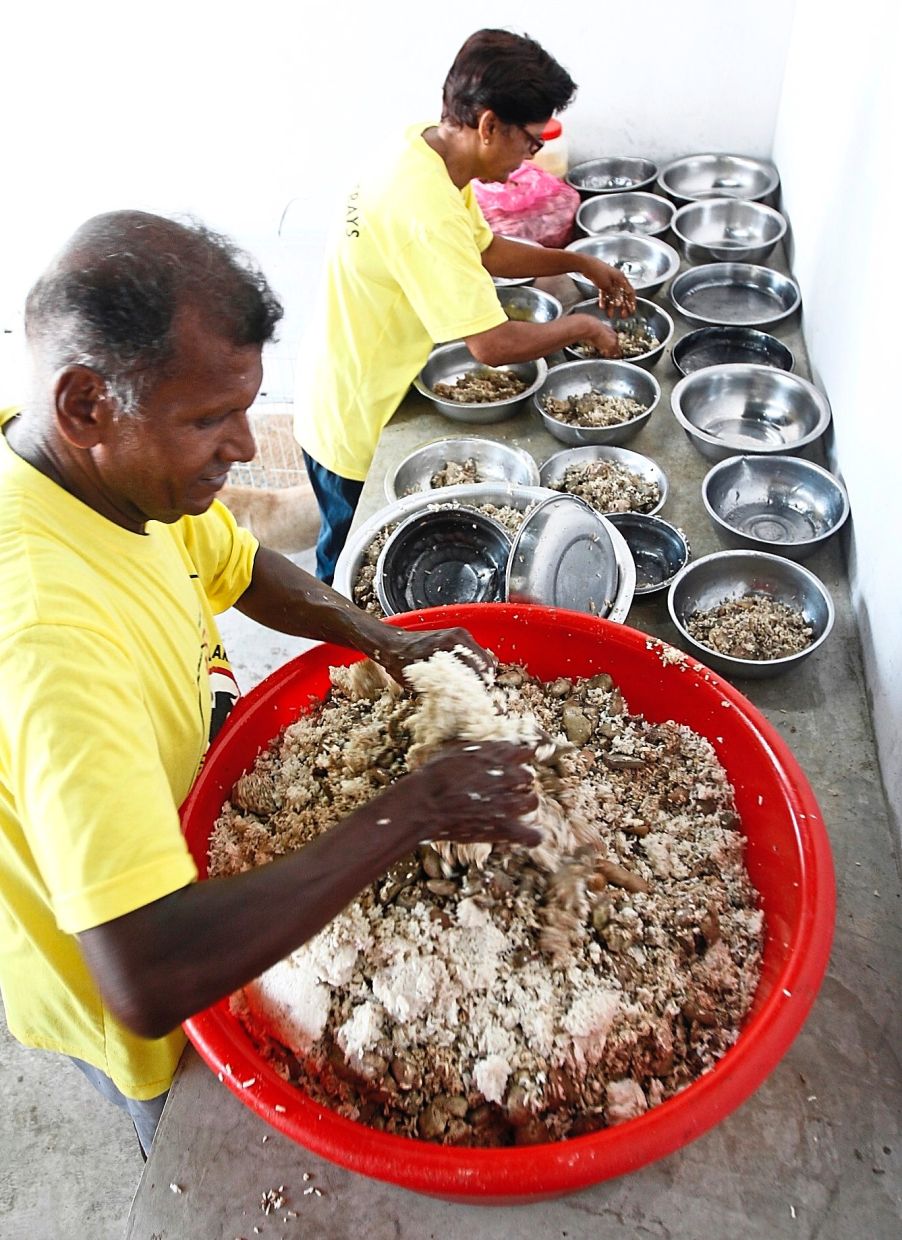 (Front row, from right) Rozali briefing Chow, Ramasamy and other leaders on the shelter’s operations.

Johnson with his wife dishing out food for the dogs under their care at the shelter.

Some of the strays at the shelter.