SEVERAL environmentally sensitive geosites in Selayang have been earmarked for potential gazettement as part of a unified national geopark under the Selayang Draft Local Plan 2030.

Progress of this initiative now hinges on the draft plan getting the Selangor planning committee’s approval.

The committee reviews all plans submitted by local authorities and is expected to announce its decision later this year. He said plans were made for these areas to be gazetted as World Heritage Sites, but they did not fulfil the criteria.

“It is hoped that with the geopark status, we can preserve our green lung. Developments can still be carried out in geopark areas but they will be more controlled, ” he said.

Amirudin, who is also Sungai Tua assemblyman, had launched the Selayang Municipal Council’s (MPS) publicity campaign for its draft local plan in Rawang.

The draft plan is available for public viewing until May 31 at three locations –- MPS headquarters, Gombak Land Office and Level 16 of Selangor PLANMalaysia.

It is also available online at drt2030.mps.gov.my

Amirudin urged local councillors to engage with their respective residents’ committees to encourage more feedback on the draft plan.

“Public hearing sessions will be held to discuss objections and feedback, after which they will be reviewed by the state planning committee.

“We hope to get more participation from Selayang ratepayers, including those living in the suburbs, ” he said.

The draft plan, Amirudin said, also saw an increase in the number of industrial zones in the municipality.

“These zones are to accommodate factories that have previously been operating illegally, ” he said, adding that eight illegal factories were demolished.

The Energy and Natural Resources Ministry, through its Mineral and Geoscience Department which oversees the National Geopark Committee, is responsible for awarding the status. The committee reviews the status every four years, based on how the geosite retains its development approach and empowers the local economy.

This status is not to be confused with the global geopark position granted by the United Nations Educational, Scientific and Cultural Organisation (Unesco).

Langkawi is the sole Malaysian site to have attained the global geopark status.

On Jan 6 last year, then Selangor culture, tourism, Malay customs and heritage committee chairman Datuk Abdul Rashid Asari told StarMetro that the state held off pursuing a Unesco status for the Gombak Selangor Quartz Ridge due to rigid and high standards upheld by the international body.

He had said that the focus would be towards developing the ridge as part of the Gombak-Hulu Langat geopark along with more than 20 other sites in the state.

Non-governmental organisations (NGO), although optimistic about the state’s plans, are insisting that the proposal needs to be fine-tuned.

Sahabat Alam Malaysia president Meenakshi Raman said the move to gazette the geosites in Selayang was welcomed, but more details were needed.

“The devil is in the details.

“It is very important that these sites are legally protected to ensure that the geopark status is not in name only.

“The types of activity that are allowed here should also be limited to education and light recreation only, ” she said.

Meenakshi stressed that the welfare of the Orang Asli in the proposed national geopark should be protected.

“These people depend on the natural resources for daily life while also playing a role in the preservation of the sites.

“We also hope that this plan is not an attempt to distract from the move to degazette other areas in the state, ” she said.

Global Environment Centre director Faizal Parish said that while the proposal “sounds very positive”, the state government should do more to protect the existing parks and forests.

“For example, it has allocated very little resources towards the management of the Selangor State Park, which is under the Selangor Forestry Department.

“It is crucial that adequate resources are allocated for the management of future geoparks, ” he said.

He added that engagement with local communities was needed if the state government was serious in pushing ahead with its plan.

Like Meenakshi, Faizal also stressed that geosites should be reserved for certain activities only such as recreation, ecotourism and research.

Large-scale developments that disrupted the local flora and fauna, he added, must be completely off-limits.

Pertubuhan Pelindung Khazanah Alam Malaysia national chairman Puan Sri Shariffa Sabrina Syed Akil said there was a need for a legally binding agreement to safeguard the status of these geosites against degazettement in future.

“This will ensure that subsequent state administrations will continue to honour the status and not revert it to accommodate new developments, ” she said.

She stressed that it was important for geosites identified for geopark gazettement not to exist in isolation amid a sprawling urban landscape.

This, she explained, was to ensure continuity of the natural landscape and prevent it from becoming fragmented which would harm the ecosystem.

“Continuity is crucial for the wildlife to traverse the land when foraging for food, otherwise they may invade human settlements, ” she said, adding that fragmentation could also disrupt animal migratory routes.

Shariffa said a vast expanse of a natural landscape was necessary for wildlife mating and ensuring access to a diverse gene pool.

“If animals are confined to a limited area for an extended period, this can lead to inbreeding and cause extinction in the long run, ” she said. 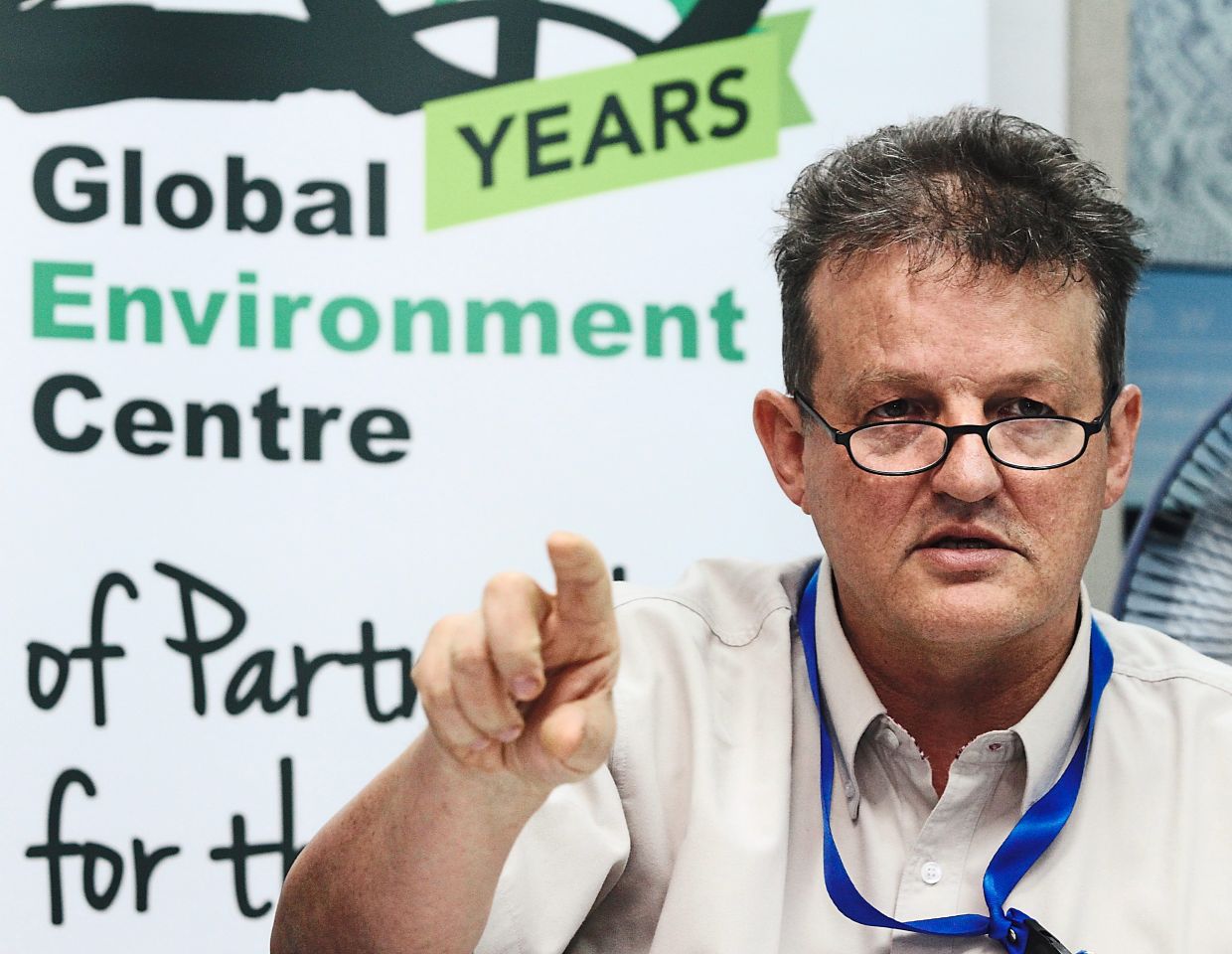 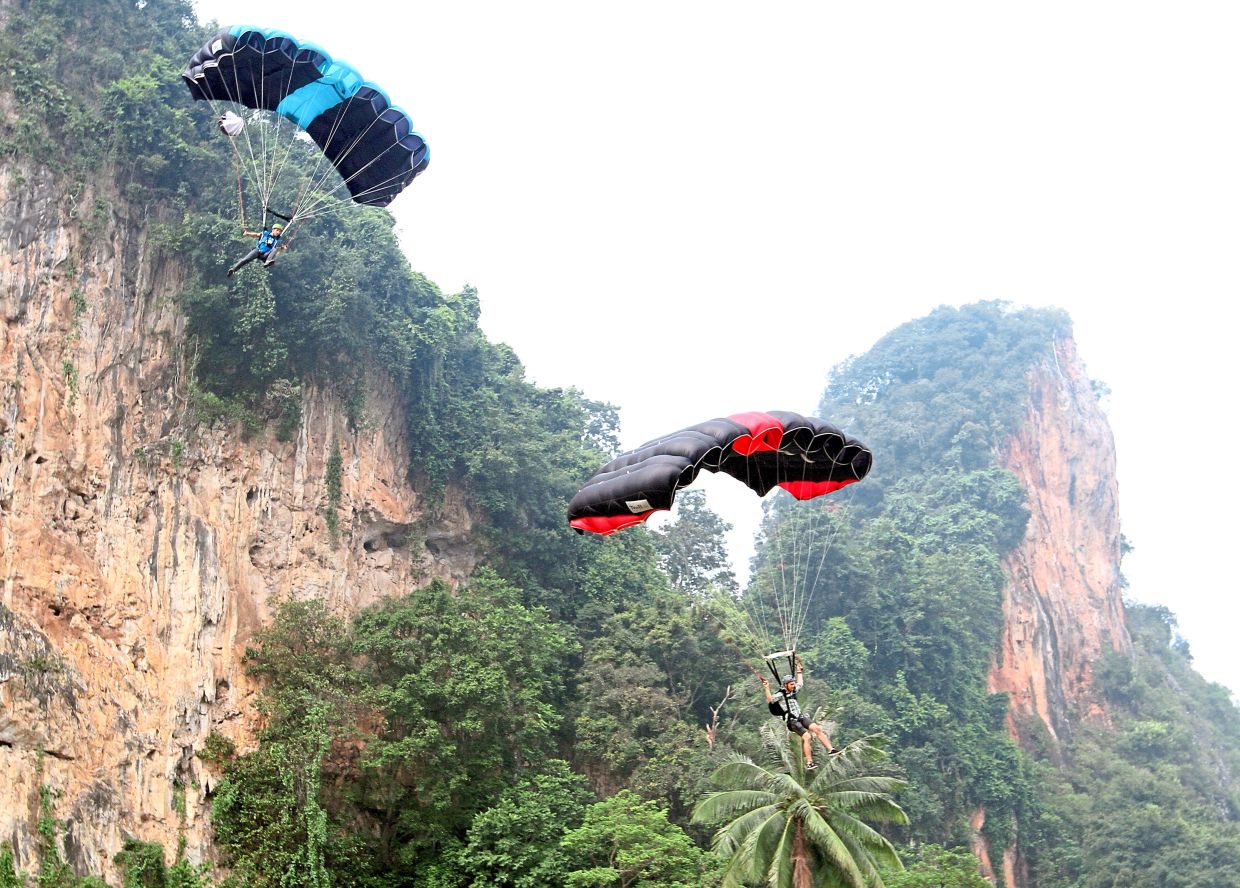 Kanching Forest Park has been identified as a potential geosite under the Selayang Draft Local Plan 2030. It is currently closed due to the MCO. —FAIHAN GHANI/The Star

Amirudin: Geopark status will ensure protection of these sites against excessive development.

Meenakshi: The welfare of the indigenous communities in the proposed national geopark should be protected.

Faizal: Engagement with local communities is needed if the state plans to push ahead with its plan for the geopark.

Shariffa: There is need for a legally binding agreement to protect the status of the geopark to prevent future degazettement.

Commonwealth Forest Park in Rawang, which has been identified as a potential geosite, is currently closed due to the movement control order.

The Gombak Selangor Quartz Ridge is being considered as part of the geopark. — Filepic

Gua Damai Park in Gombak is another site proposed to be part of the geopark. — Filepic 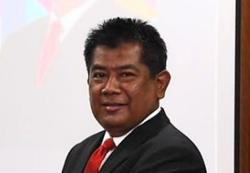