DID to repair landslip in storm aftermath 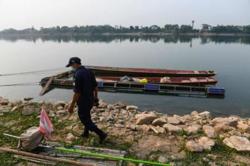 Oh who lives near to the site of the landslip is worried about the ground stability of her house.

THE state Irrigation and Drainage Department (DID) will carry out repair works on the landslip that sent two parked cars sliding down a river bank in Ayer Itam, Penang.

Ayer Itam assemblyman Joseph Ng said DID had appointed a contractor following the landslip which occurred near the famous Lim Sisters Curry Mee stall off Jalan Paya Terubong on Tuesday.

“The site is covered with a blue sheet as a temporary measure.

“Luckily, no one was caught or injured in the landslip. The two cars parked on the roadside which collapsed were not damaged too, ” he said when contacted.

Bolstered by heavy rain, the strong river current eroded the river bank which collapsed causing part of the road to cave in.

The 3pm incident on Tuesday also sent two parked cars down along with it.

Meanwhile, Oh Geoy Ghor, 86, who lives in a house next to the damaged site, was watching television when she heard a loud noise.

“I was scared as it was quite loud. I thought it might be an accident nearby due to drunk driving.

“Luckily the landslip happened in the late afternoon. Usually, there are more cars parked here in the morning, ” she said.

She was worried over the ground stability of her house following the incident.

“Part of my fence was destroyed in the landslip.

“I have been staying here for over 50 years. For now, my granddaughter is also staying with me.

“I hope the authority can expedite the repair works for our safety, ” she said.

Gooi said the authorities should strengthen the river bank to ensure everyone’s safety.

“The soil at the river bank has loosened as time goes by, and

coupled with the heavy rain from midnight to morning on Tuesday, it gave way due to the weight of the cars.

“The relevant authorities should always assess the soil stability in this area.

“The residents living by the river are worried about their safety. They fear the earth movement would affect their house structures, ” he said. 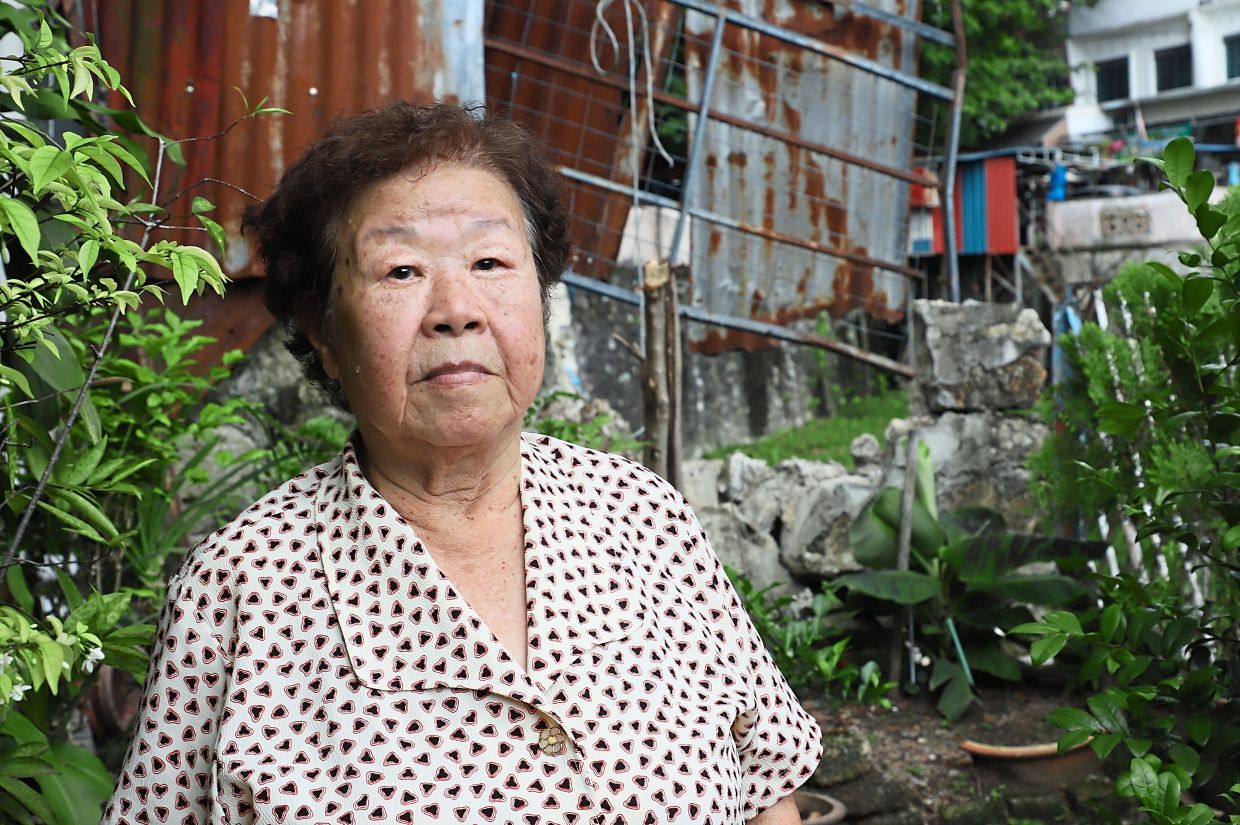 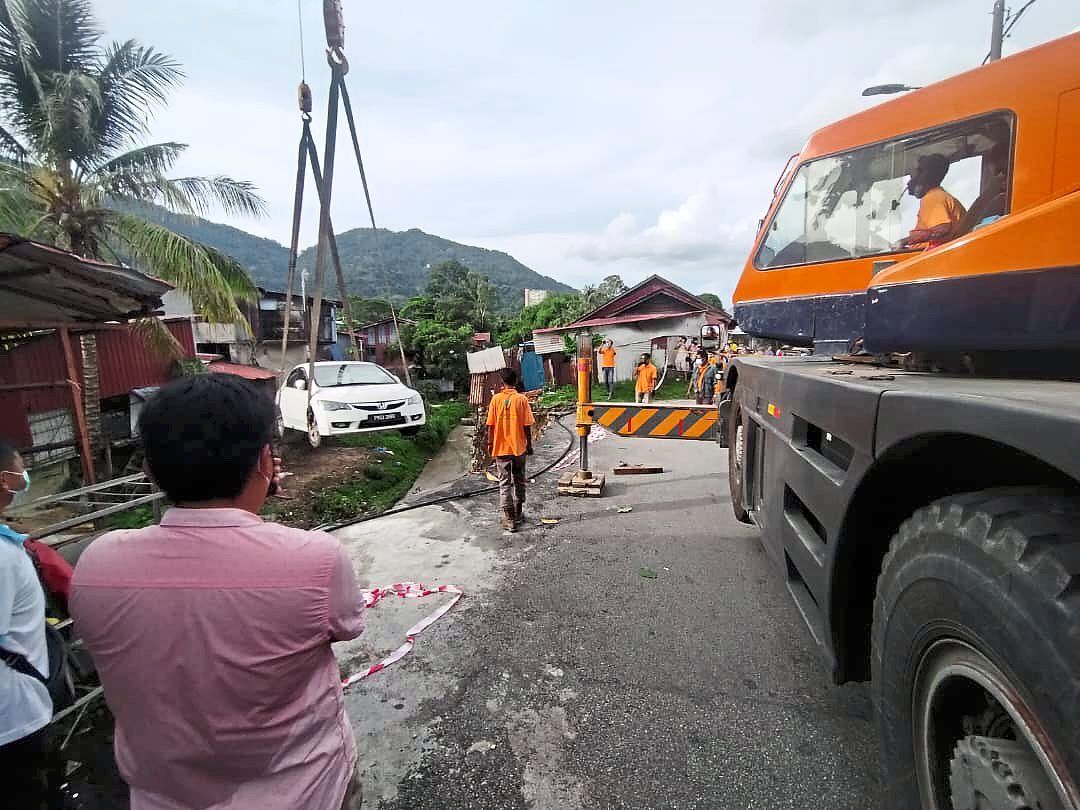 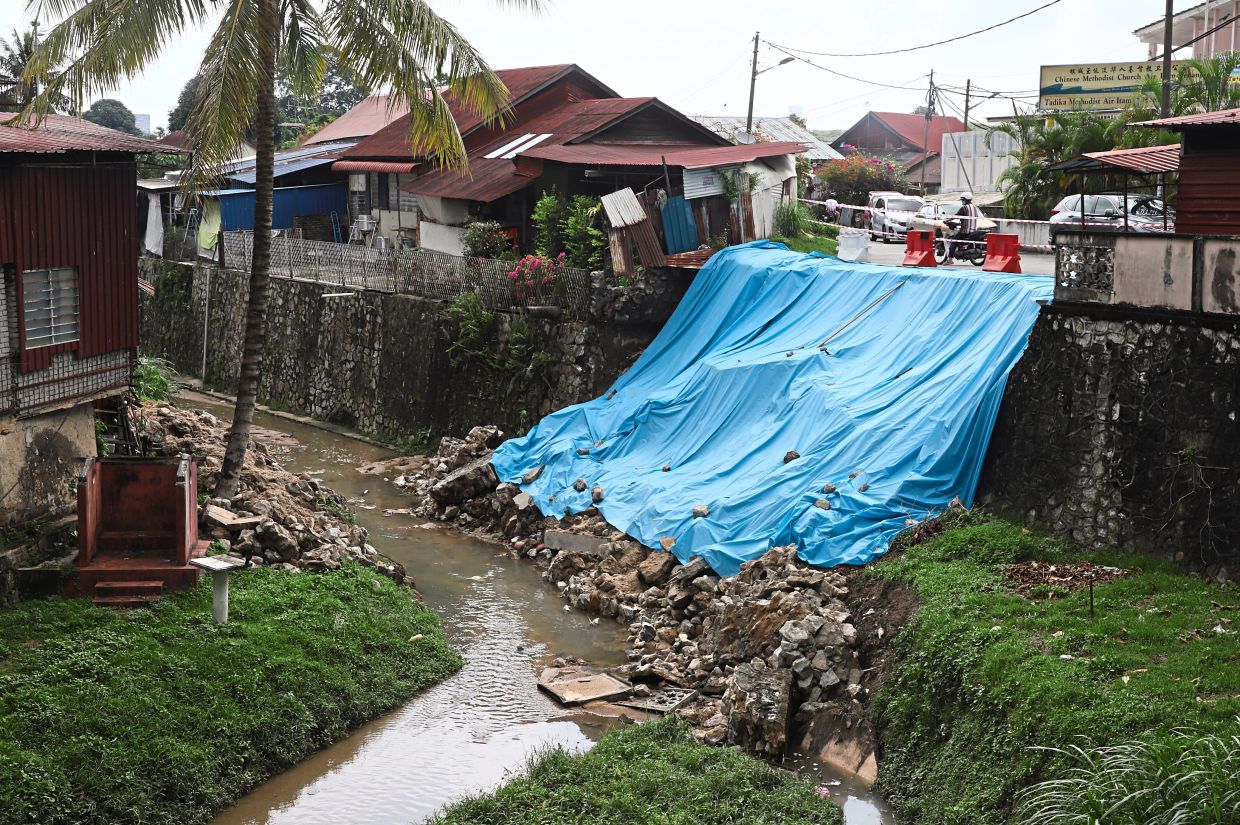 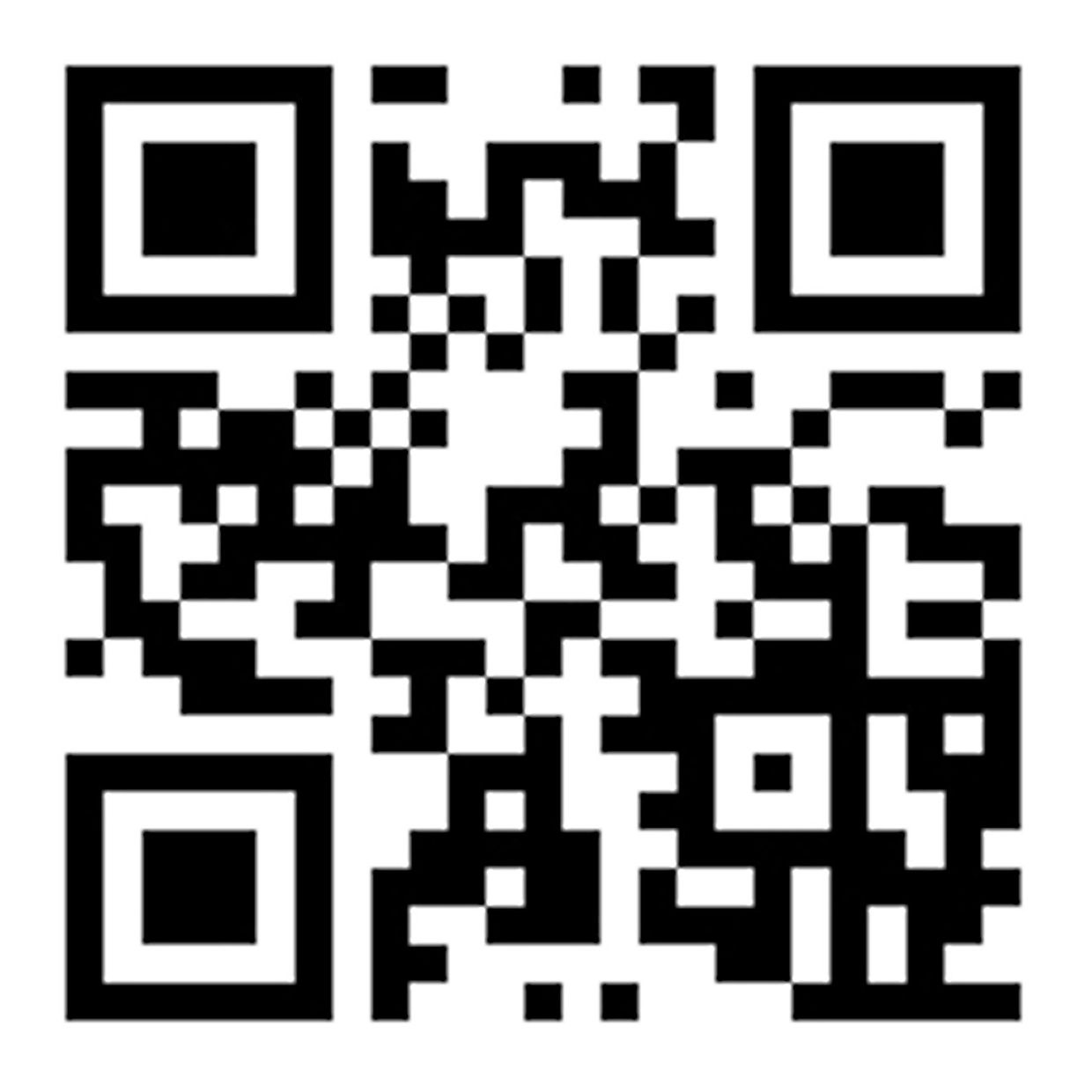 Oh who lives near to the site of the landslip is worried about the ground stability of her house.

One of the two cars being lifted up from the collapsed river bank using a crane.

The site of the landslip has been covered up with a blue sheet as a temporary measure. — LIM BENG TATT/The Star 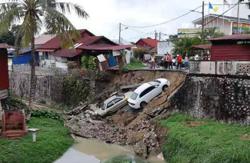