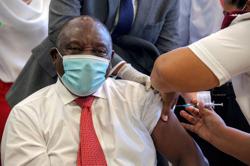 DATES are among the best things to eat after a long day of fasting.

And where these sweet and nutritious fruits are concerned, the name on everyone’s mind is Yusuf Taiyoob.

Synonymous with quality, the brand now welcomes Penangites to its newly opened Kurma Junction store at 58, Beach Street in the heart of George Town.

With it being the month of Ramadan, many will want to have the best dates on

the table for the breaking of fast. And here, customers will definitely be spoilt for choice.

The store offers one of the largest selections in town — with around 40 types of dates imported from Tunisia, South Africa, Iran, Saudi Arabia, Oman and other Middle Eastern countries.

“The most sought after are the premium Kalahari Medjool dates from South Africa. Equally popular are the Tunisian Wasem and Safina varieties, as well as the Safia which are still attached to their branches.

“Some also love our Kurma Madu Yuta which come from Iran. All our dates are brought in and kept in cold storage so they remain at optimum quality for a longer period of time.

Dates are the fruit of the date palm tree (Phoenix dactylifera), a species widely cultivated across the Middle East, Northern Africa and Southern Asia.

It is considered the world’s oldest cultivated fruit, with archaeological evidence showing date cultivation as far back as the 6th millennium BC or around 8,000 years ago.

Eating a couple after a day of fasting helps rejuvenate the body.

“Malaysians love our dates, Penangites included. We opened this store due to popular demand, as many on the island wanted a quick and convenient avenue to buy our products.

“Previously, they would’ve had to journey to our Bukit Minyak Cash and Carry outlet on the mainland or look for it at retail outlets and supermarkets.

“Here, we have everything under one roof. And all at reasonable prices. Response has been great since we opened in early April, ” Yusuf shared, adding that the store also offers nuts, dried fruits, spices and chocolates.

Yusuf is a true-blue Penangite who grew up in a traditional George Town shophouse not far from the new store.

An entrepreneurial spirit led to him establishing Yusuf Taiyoob Sdn Bhd in 1988.

Since then, the company has grown into an internationally known importer and distributor of dried fruits and nuts, spices, beans, dates and many other food products.

It leapt into broader Malaysian consciousness with a memorable radio ad that debuted some 17 years ago.

Eschewing typical jingles to promote his dates, Yusuf went with a hushed whisper instead. It is now synonymous with dates and the holy month.

Today, the company also has outlets in Kota Damansara, Shah Alam and Johor Baru. Expansion to Terengganu and Kelantan is on the horizon, to cater to growing market demand.

Another store is also set to open in Bayan Baru, Penang, next month.

For now, visit Kurma Junction in George Town, open from 9am to 6pm daily. For more information, visit www.yuta.com Shop for the best dates and more at the new Kurma Junction in George Town. 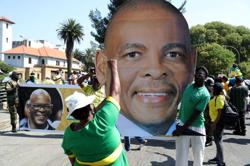